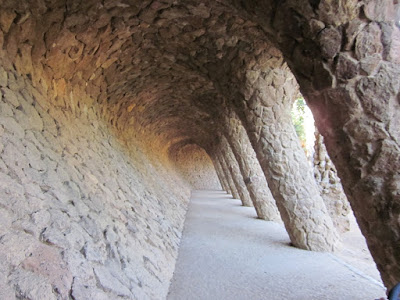 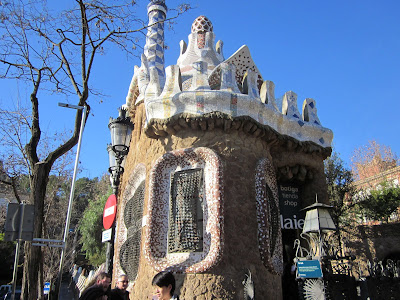 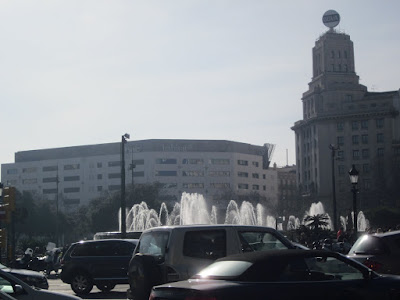 Where on Earth is Elimy?

Well, she's in Barcelona of course.

It's seven in the morning, but where I'm from it's about two pm. So naturally I have been awake for hours. Mr Jetlag wants to be my best friend. You should read my journal; if I publish that ever, it shall be titled Ramblings of an Exhausted Four Year old With a Crayon. I shall reread last night's entry later and cringe, for sure.

It's been a turbulent trip so far, and I am not just referring to the killer headwinds that we encountered on the thirteen hour flight from Singapore to Milan. Can you imagine being 19 and travelling in VERY close quarters with your entire family for nearly an entire day, trapped in a flying tin can that smells of pickled meat? Not pleasant, I can assure you. At least I managed to sleep a little on the plane.

The place that we are staying is a serviced apartment, and let me tell you that it is NOT what I expected. It is small, slightly stingy, the walls are thin and I can hear what our neighbours are up to at all times pretty much. Hooray. People fighting while I'm in the bath. Oh well, at least the bath tub is big...

Anyway, I am determined to make this city my own. I am trying to pick up as much of the language as I can, and having a Catalan aunt and cousins really helps there. Yesterday we went to Park Guell, which is the Gaudi Park and it is AMAZING. The houses look kind of like gingerbread... It was designed by Antoni Gaudi for the rich and famous but bought by the council in 1922 and opened to the public. People like to take photos with the dragons on the great steps in the entrance to the park. And all through the park, people sell jewellery and knick knacks off blankets. There was music, and bubbles and bird whistles... you know, the annoying kind they have at the royal show!

Until next time, avid readers (and that is a joke, by the way)!
Labels: Barcelona culture gaudi inspiration lunacy travel