Oh Dear, Dawn: How to review a book you weren't all that taken with.

For a start, just because one particular book and one particular reader have been unable to connect on a meaningful level, it doesn't make the book bad per se. Remembering that reading is always subjective, I have usually taken the approach of reviewing something lukewarmly if I did not take to it. I have, on occasion, suggested that I need to maybe give the book a second chance.

Booklover Book Reviews, whose blog I have been reading a lot this last month uses a great system in reviewing, in which every book is given a rating in terms of writing quality and story.  This is fantastic because it recognises both the potential of the idea and the skill with which it was realised, indicating that perhaps when a book goes wrong it could have been saved by a better plot or a different author.

Today, I want to write about Oh Dear, Silvia by Dawn French but I also want to reflect on the process of reviewing a book you didn't like.  Believing in treating others as I would like to be treated, I have broken down my approach into a few steps. 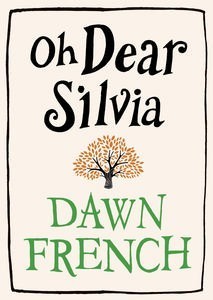 I read Oh Dear, Silvia because it was recommended to me by a family member.  Dawn French has always been one of my favourite comediennes, and her novels contain the same wonderful, ridiculous, cynical observations as her television work.  However, as a novelist, I fear that Dawn has disappointed me somewhat.

2. Give a potted plot synopsis (no spoilers, but opinions okay)

Oh Dear, Silvia is a series of monologues based around the visiting family and friends of Silvia Shute, who is in a coma.  There is her ex-husband (a man so droll his name escapes me), her 'best friend'/ lover, Crazy Bitch a.k.a. Cat, her slightly racist stereotype of a Indonesia maid, Tia (who nonetheless is good for comic relief on an otherwise depressing subject), her whack-job sister Jo, her nurse Winnie (who seems largely irrelevant until medical things are needed to push the plot forward) and her estranged daughter Cassie.  All of these people have had a complicated relationship with Silvia, but have only known part of her, excepting Winnie of course who did not know her at all.  By taking bits and bobs of Silvia's life from these people, the reader begins to work out just what happened to Silvia, as well as who she is.

3. Balance positive thoughts with negative ones

There were moments in this book that made me laugh out loud.  I could imagine some of the scenes working as the kind of sketch comedy that French has become known for- serious scenes in life made awkwardly hilarious by incompetence or misunderstanding, or general human craziness.  For example, when Jo brings animals into Silvia's hospital room in order to heal her with animal spirits, I thought I would pee my pants- not least because the hamster was named Justin Bieber.

French has a talent for making the ordinary seem marvellous, and she sees to the hearts of real people, but I feel that she struggled with the subtle clue-leaving needed for her plot's giant twist.  At times, the novel truly felt as if she had decided on the real story halfway through; at others, it felt as if she were trying to bash you over the head with the bleedingly obvious in an attempt to make it seem deliberate.  The writing itself got clumsy as the plot got more emotional.

4. And don't flog the horse when it's already dead.

All in all, Oh Dear, Silvia was the kind of book that I tried to keep reading in the hope that it would get better.  I could see the kind of clever plotting that French had attempted, but the story felt like it needed a few more drafts to truly reach mastery of them.  As it was, the 'mystery' of the story was about as subtle as French's Vicar of Dibley, and the story became less enjoyable the closer that it got to the end.

I was sad to have to do it, but I have given the book only one star out of five.
Labels: book review dawn french how to negative review oh dear silvia one out of five stars