Is it just me or have there been some real shockers lately?

They say don't judge a book by it's cover (whoever they are), but a beautiful cover, or at least a strategically designed one, can be a huge factor in whether or not a book gets picked up by a new reader.

Picture this:  You're browsing.  You want a particular book, and that's the reason that you've come into the bookstore, but you think, "Hey, I'm here, I might as well see what else is out."  You're pretty much going to pick something up or not pick something up just based on what it looks like, aren't you?  The cover is the precursor to getting you to read the blurb.  If you've got a wonderful cover and a fantastic blurb that fills your potential reader with a burning question that OH MY GOD I MUST READ THIS BOOK AND FIND OUT WHAT HAPPENS then hey presto, you've probably just made a sale.  Unless that person is using the bookshop as a showroom, but that's a different issue entirely.

Covers can also be extremely important for new authors.  Certain genres will have set styles, for example historical romance ala Kate Morton mostly feature soft portrait style close ups of women's face with cursive writing.  So if your book is marketed at people who like Kate Morton novels, then it's really easy to attract those people by having a cover that follows that sort of style.  Some examples: 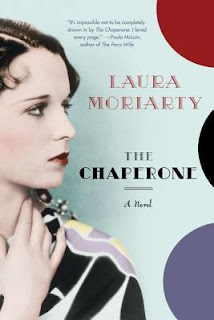 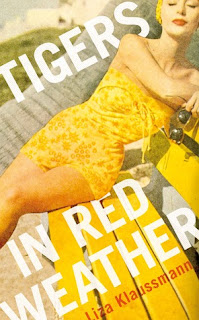 I think either of these titles will appeal to lovers of Kate.  You can tell three things about them just by looking at them.

1) They are historical.  Note the emphasis on different fashion styles and make up.
2) The main characters are women.  (Again, a different issue, but usually an indicator that the book is aimed at women.  Not necessarily though.  I'm sure men would love these books and Kate's if they read them.
3) There are *probably* no vampires anywhere in the plot.

At a course I did on Saturday run by Natasha Lester, the point was made that covers are more likely to be appealing to a reader if they contain a human element.  This doesn't just apply to close ups of faces though. It means legs (a big trend in crime recently: see the covers for Tara Moss's Mak Vanderwall books), arms (like on Natasha's book What is Left over, After), lips, eyes, and controversially in the case of Tampa, things that look like other...erm... things.  This is just one blogger's interpretation, but I think this might come down to the fact that as readers and as humans, we are curious about other people's lives and other people's problems.  Even Cloudstreet, in which one of the protagonists was a house (or maybe an antagonist) had the silhouettes of children jumping off the pier on the front.

Here's another cover where the location is central: 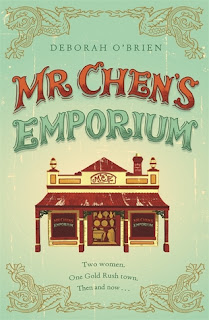 Deborah O'Brien has wonderful reviews on Goodreads, and the blurb of this book is enticing... so why was it so difficult to get readers in the bookshop where I work to pick it up?

What do you think?  Is it just the lack of the human element?  Is it the void into which this cover seems to fall?  I think it may be a combination of the two.  I'm just not sure who or what the book is about.  All I am seeing is a pretty picture.  This cover isn't ugly: it's just not functional.

Here's a cover that really doesn't appeal to me at all: 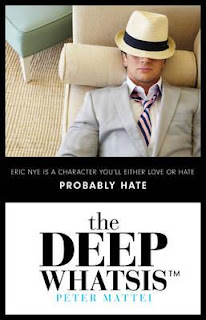 This one does have a person on the cover, so what is it that bugs me so much?  Is it because I'm not sure if the man is sleeping or dead?  (Is it a book about a man who sleeps a lot?) Is it the lack of colour?  The colour blocking is reminiscent of Penguin Classics for customer-Paul; to him, it screams "pretentious".  The blurb promises hipsters, consumerism and contemporary art... so where are they?

This is the cover you see on Goodreads: 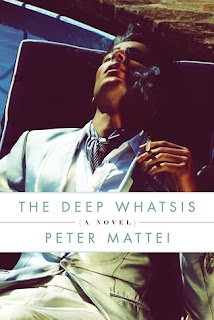 It's better, to me, although still not perfect... but you get the hipsters and consumerism, you get the debauchery, and in a way, you sort of think maybe it could be a modern The Great Gatsby.

What do you think?  Which cover would you pick up?