The Book Chain Meme is hosted by Annabel Smith and Emma Chapman. 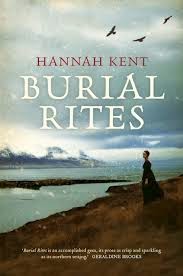 A fabulous novel set in Iceland in 1829, told from the point of view of real-life 'criminal' Agnes Magnusdottir, which ends (as is historically accurate) with her execution.... which leads me to....

2) Tess of the D'Urbervilles by Thomas Hardy 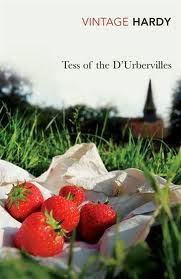 After Tess is raped by the dastardly Alec d'Urberville, whom she is sent to claim kinship with, her life is set on a tragic path.  Like Agnes, she is driven to murder, and while her crimes are excusable to the reader who has grown to love her, Tess must face the consequences for her actions in the end.

3) One Day by David Nicholls 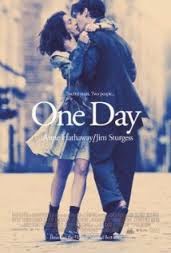 In 2008, Nicholls adapted a screenplay for the BBC's version of Tess of the D'Urbervilles.  Nicholls is most well known for his novel One Day which tracks the lives of Dex and Em on the same day each year throughout their lives as they almost, but not quite, get it together.  (Nicholls has also been quoted as saying the novel was inspired by Hardy.)

4) Half of a Yellow Sun by Chimamanda Ngozi Adichie 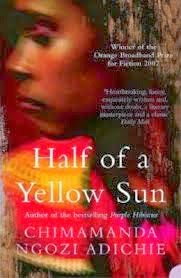 Both One Day and Half of a Yellow Sun are great books with TERRIBLE filmic adaptations.  I had the misfortune of sitting through the film for Adichie's Orange Prize winning novel on it's opening night and was saddened by the subtle nuances absent, the minor characters and subplots mising, and the diminished role of two of the protagonists in the book.  Both films were ambitious in trying to take on a complex and intricate novel, and both failed.

5) We Need to Talk About Kevin by Lionel Shriver 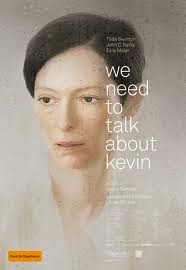 The only other Women's Prize for fiction winner that I have read... yet!  I have vivid recollections of reading this book on the train and being so stunned by it's conclusion that it perplexed me how everyone else in the carriage was okay, just carrying on with their lives.  This book is amazing and never fails to provoke complex discussion.

6) The Lion The Witch and the Wardrobe by CS Lewis 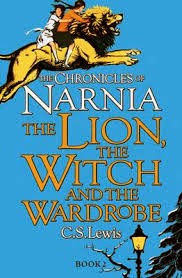 The mother in the adaptation of We Need to Talk about Kevin was played by the captivating Tilda Swinton, who first came to my attention as the White Witch in the Narnia series of the early 2000s.  Swinton was exactly how I imagined the Witch to look, with her icy eyes and long, sharp nose.  She brought to life this beloved children's novel for me.