Despite the fact that my mother was born there, and I have lived in this beautiful state my entire life, I have never been to Margaret River before this weekend.  For those of you not from Western Australia, Margaret River is a beautiful town in the wine growing region which is about three hours drive South of Perth.  It is home to a burgeoning publishing house, Margaret River Press run by the lovely and talented Caroline Wood and her husband John, who publish a yearly anthology of creative writing as well as numerous other titles.  For the last five or so years, Margaret River has also played host to its very own Writers Festival, and this year I was lucky enough to take a road trip down there with my beautiful writing group ladies, Kristen and Louise.  On the drive down, we talked about all and sundry, and listened to a podcast of Margaret Throsby interviewing Richard Flanagan, who is one of my favourite writers.  As the urban landscape gave way to green and brown fields, and cows became more abundant, the weekend away began.


On Friday, we arrived at our lodgings; an idyllic converted train carriage in the middle of the forest with virtually no phone reception.  It even had princess beds! 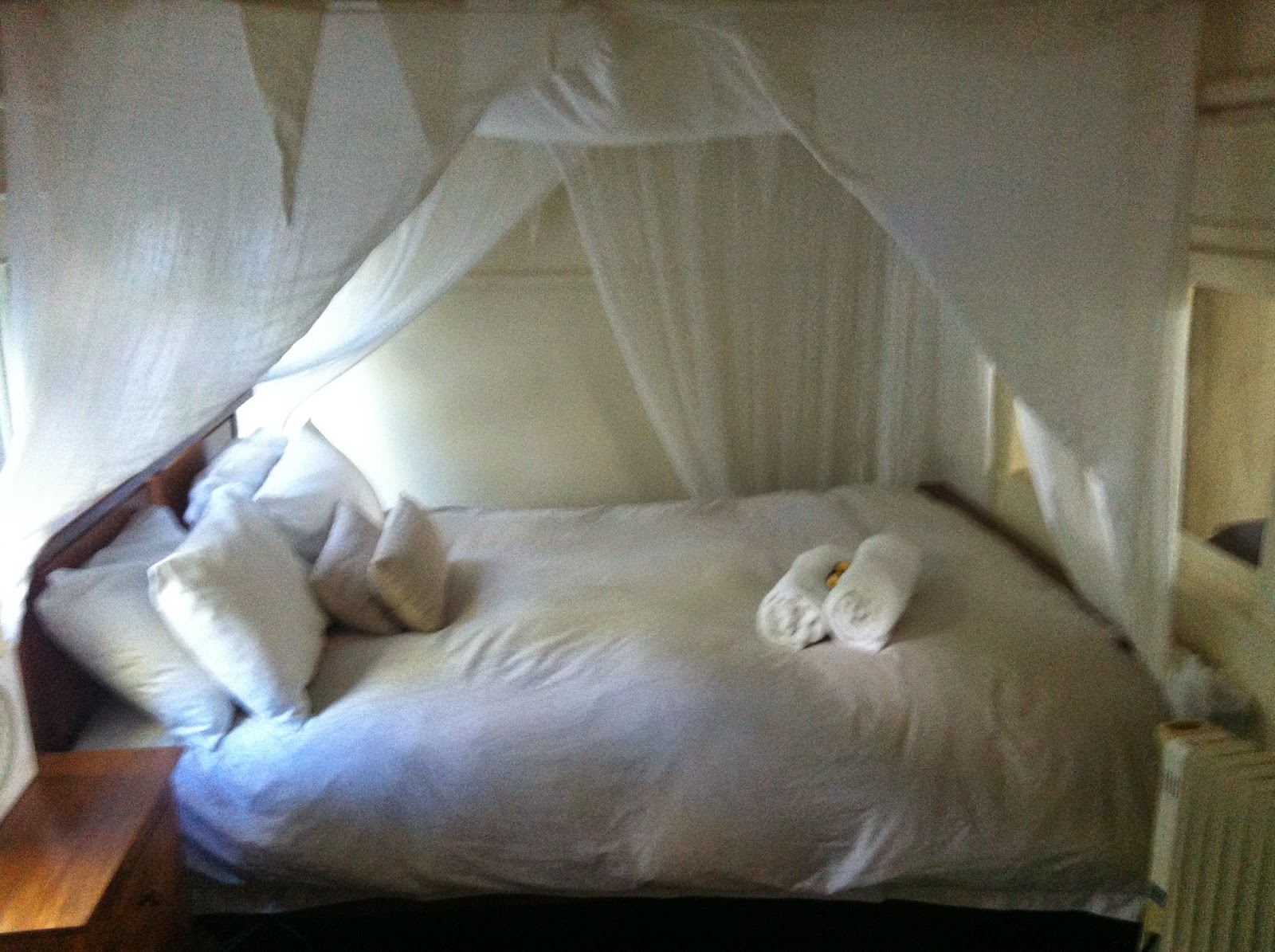 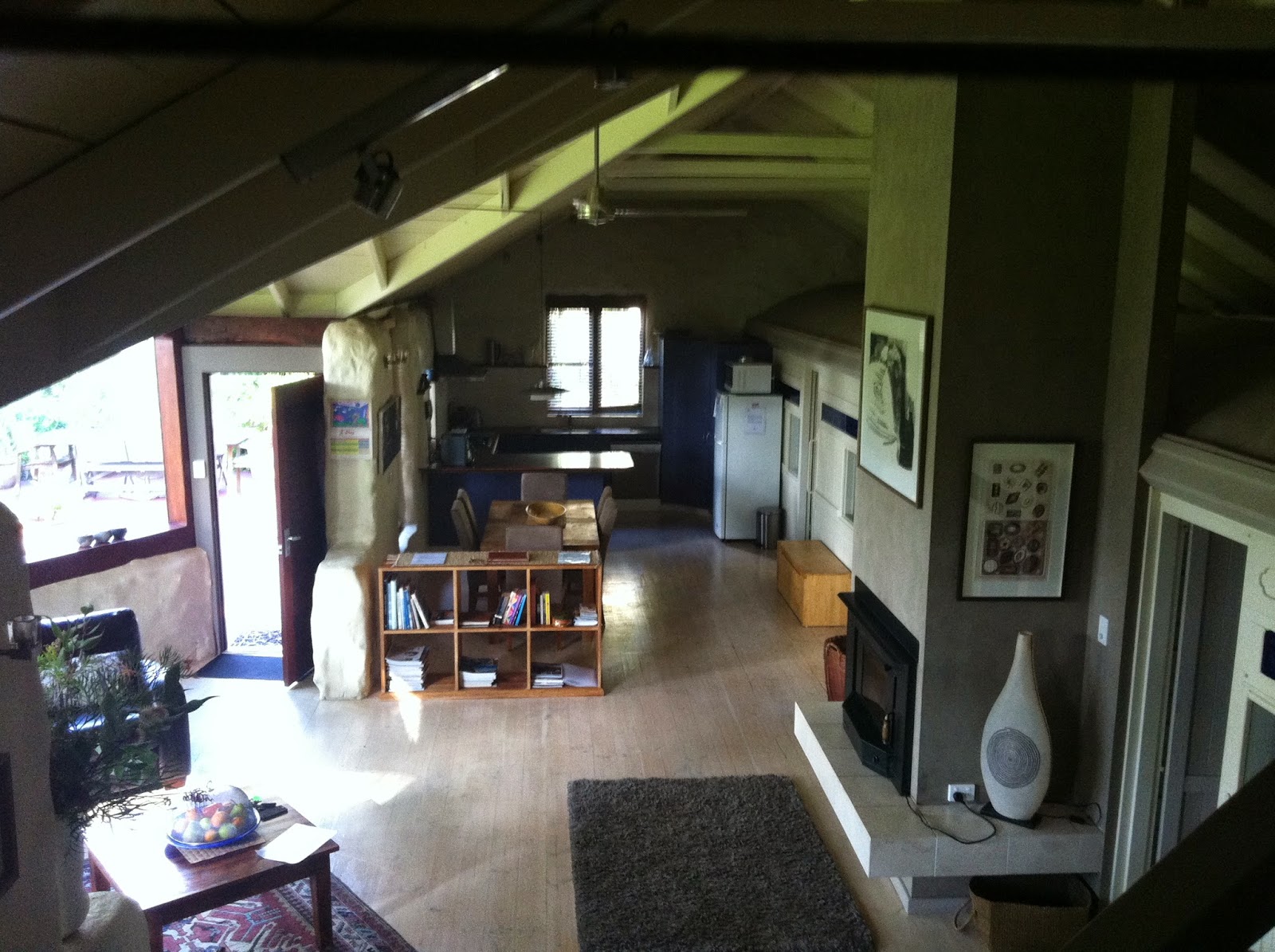 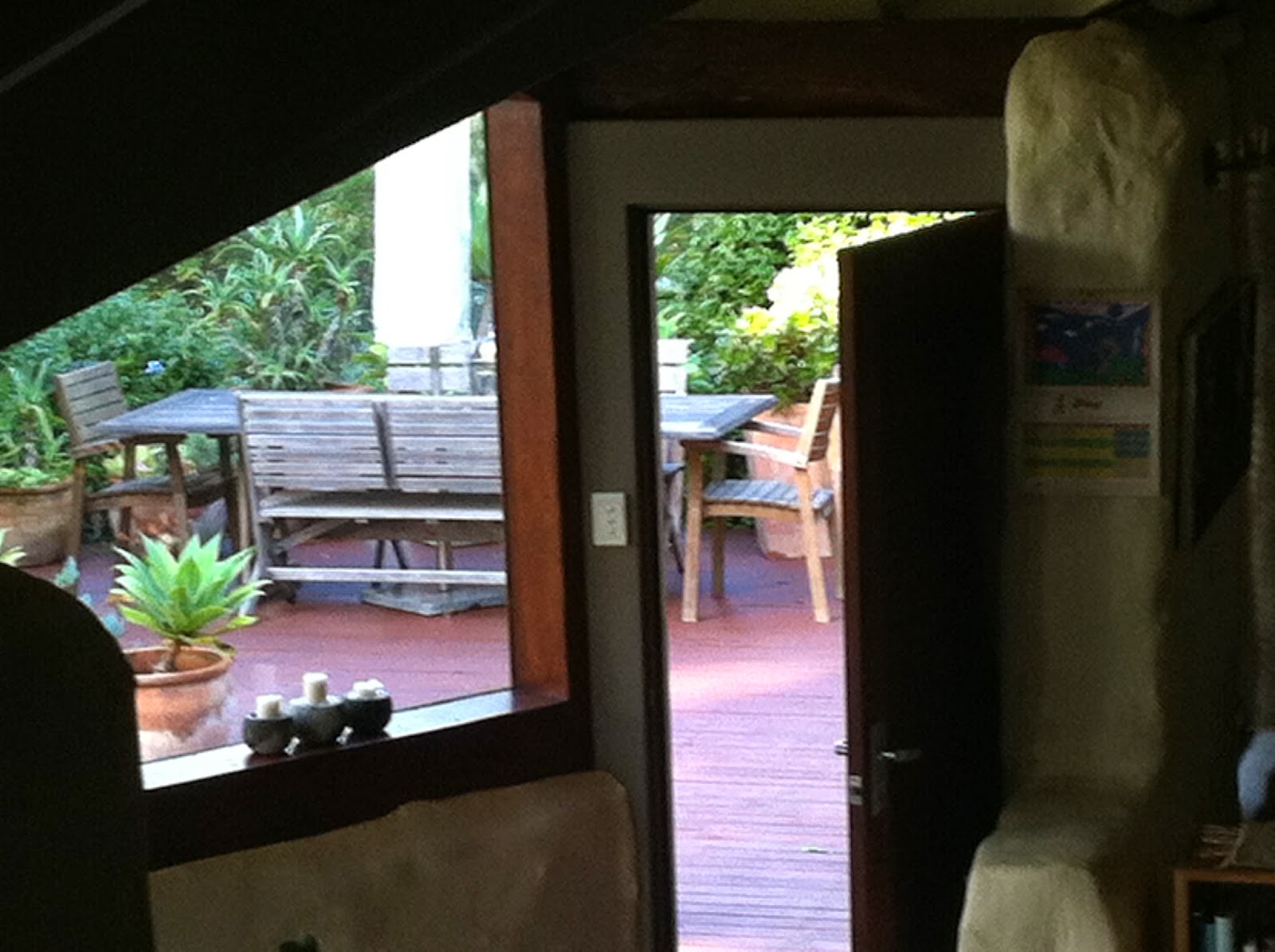 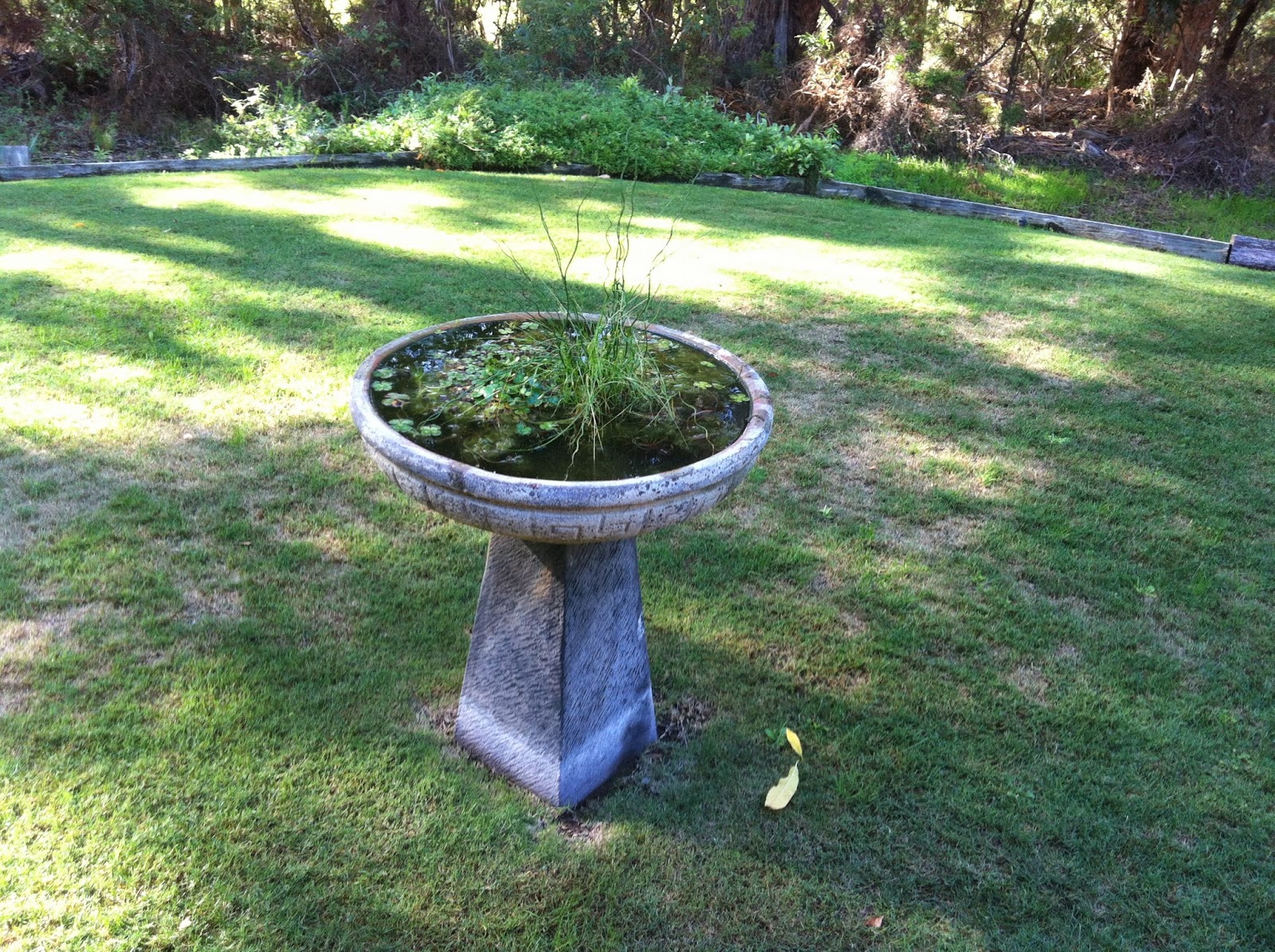 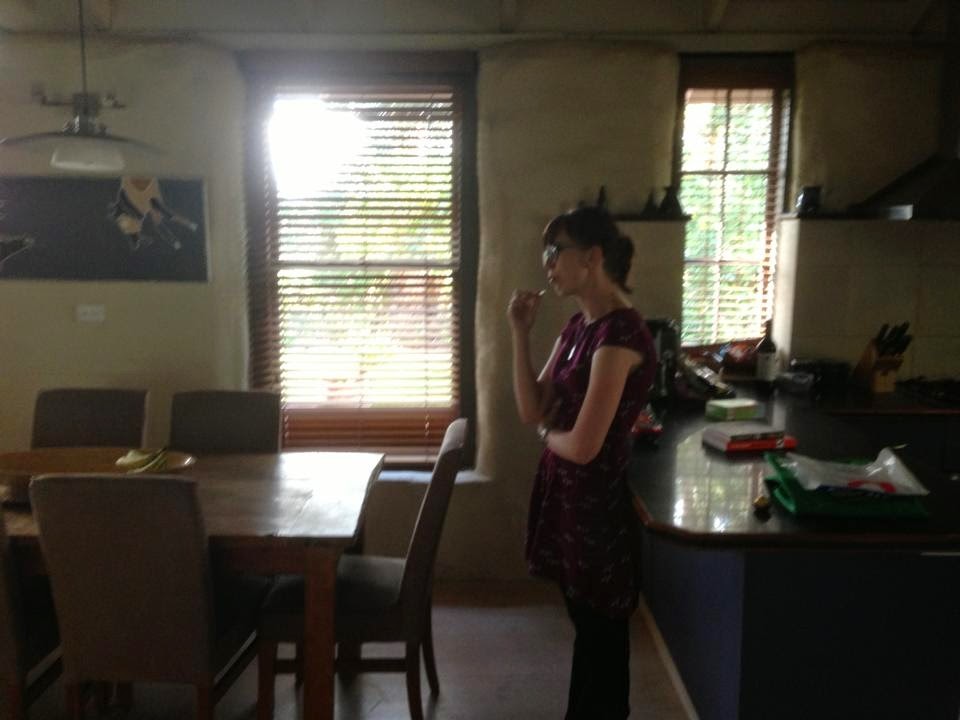 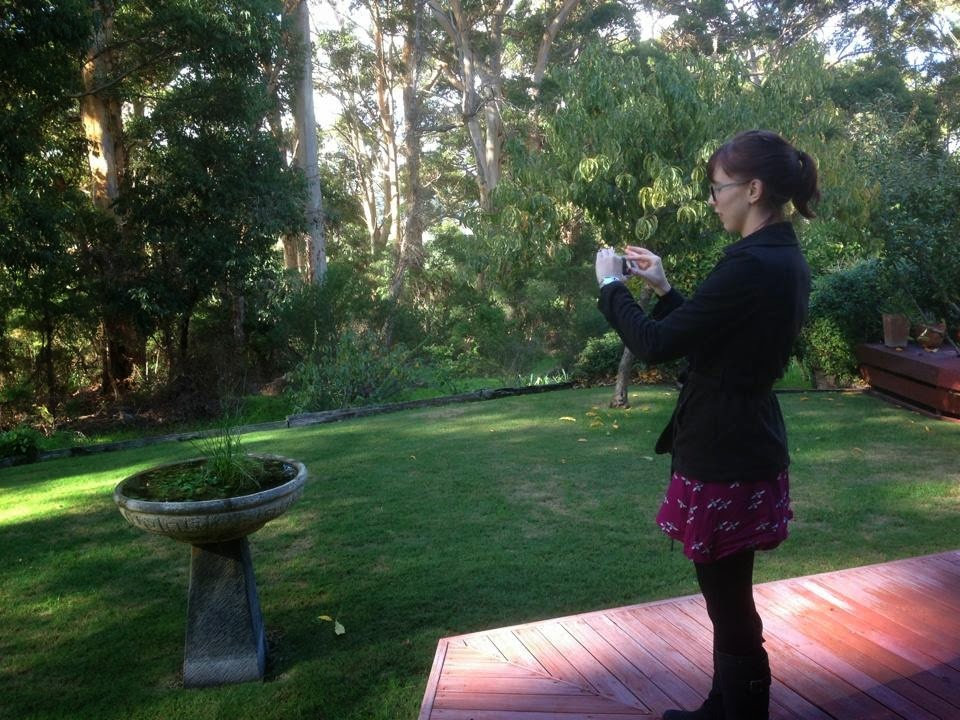 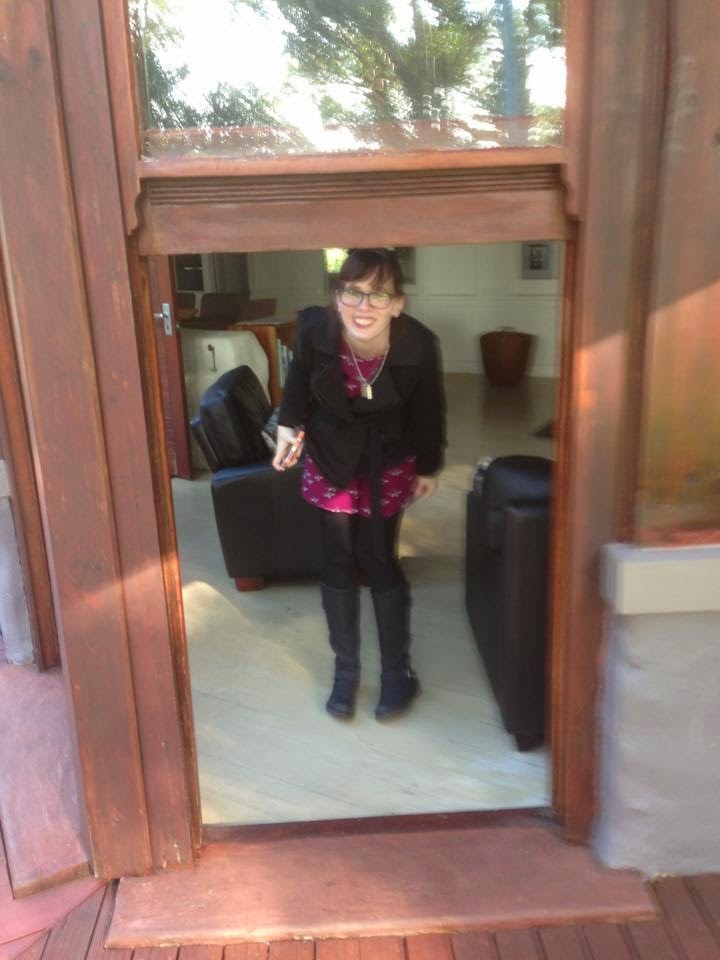 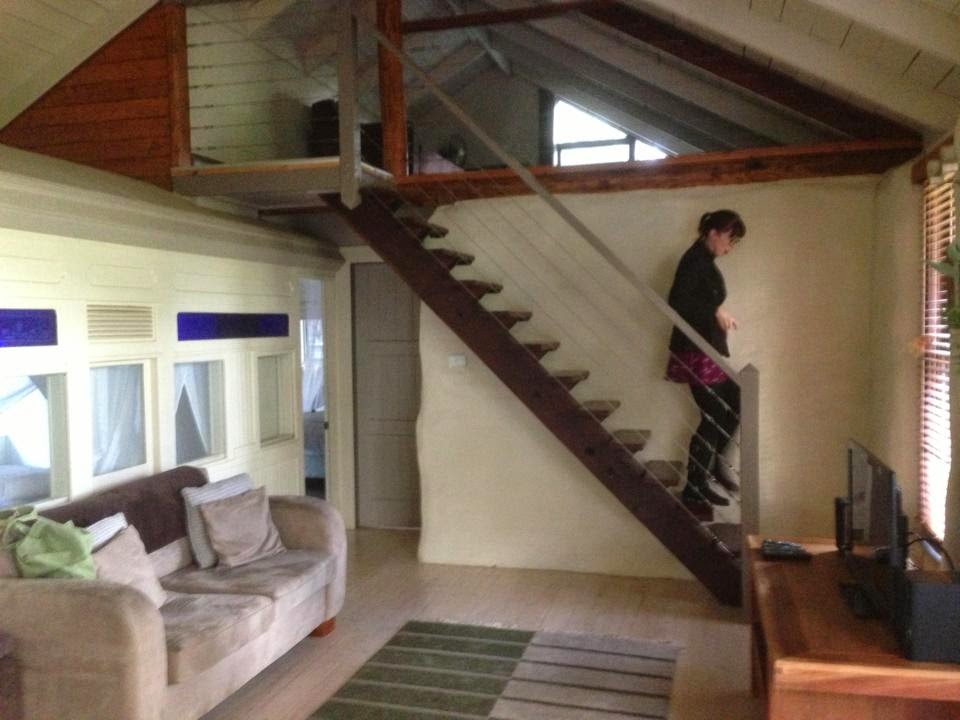 All three of us were really impressed by the setting; it was cosy and it felt a little bit special, which is just the right combination for writing.  As Kristen said, we were so incredibly lucky.  (Although not lucky enough to see any fossicking possums...) 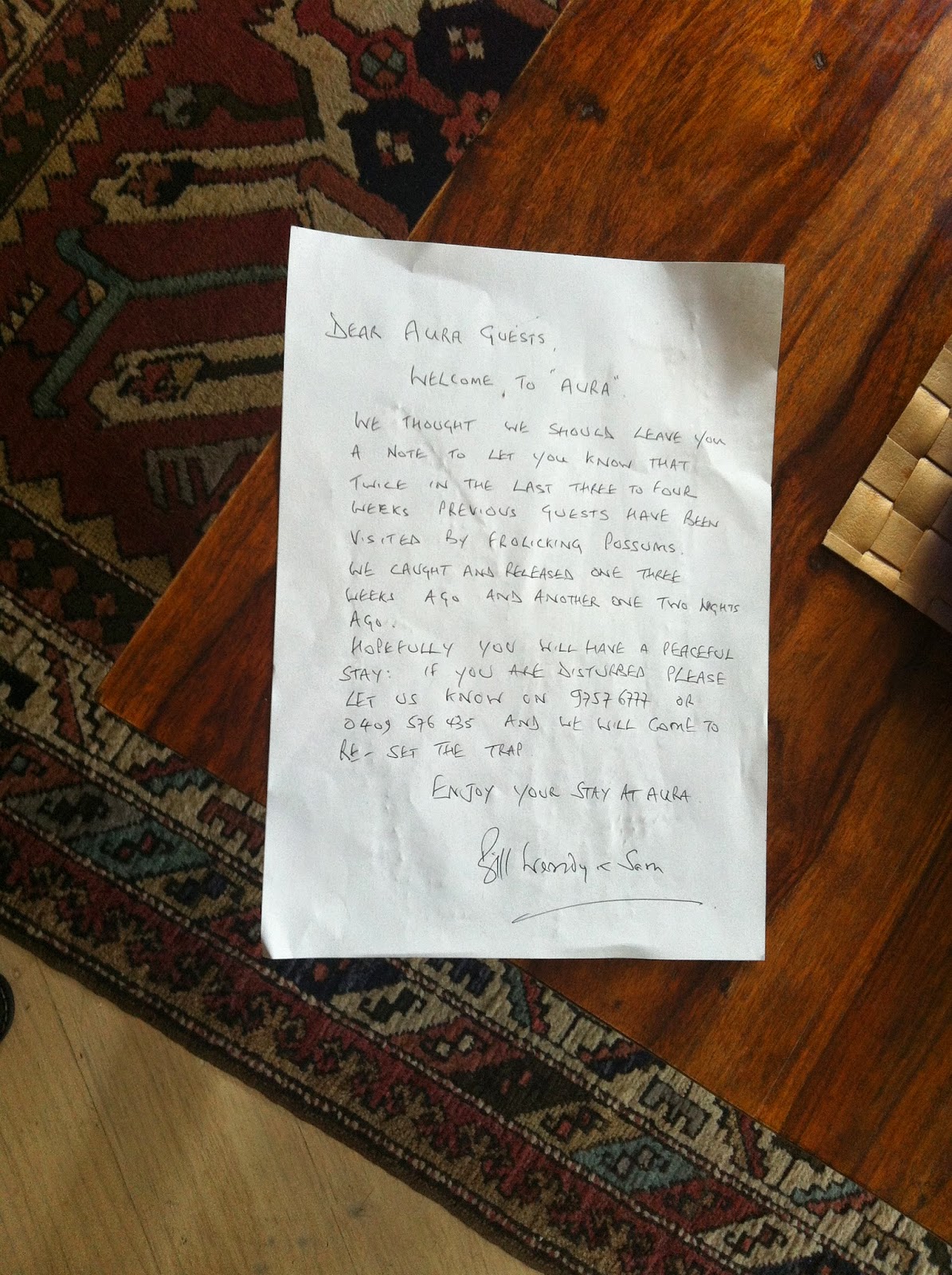 After settling in, we went off in search of groceries and explored the shops along Bussell Highway, including the town's TWO bookshops, River Tales (where I bought a copy of Peter Goldsworthy's Wish) and Bookshop Margaret River (where I bought Alice Munro's Too Much Happiness, Joan London's Gilgamesh and Janette Turner Hospital's The Claimant).  As Kristen said to me, this is why I never have spare money.  We stocked up on the essentials (Vegemite and wine) and then stopped in at Morries Anytime, where we snacked on the most divine Caramelised Pork Belly I have ever had the pleasure of eating.  From there, we made our way to the Cultural Centre for the Festival launch.

One of the main attractions of the festival was the chance to celebrate the achievement of two members of our writing group.  Kristen Levitzke (who has now had two short stories published in subsequent Margaret River anthologies), and Glen Hunting (who we caught up with at the event), can both be found in this year's book, The Trouble with Flying and Other Stories, available here for the low low price of $24.  Both stories are lingering, thoughtful reads which showcase the immense skill of their writers.

At the launch, we began collecting people, as creative types tend to do.  After at first mistaking her for Joan London, we made the acquaintance of the Short Story competition winner, Ruth Wyer and fellow contributor Lauren Foley.  After the launch we also introduced ourselves to the talented second prize winner, Bindy Pritchard and her husband.  We continued to see these lovely ladies over the weekend and I was so happy to get the chance to befriend them.  (By the way, if anyone is interested, Kristen, Bindy and Glen will be reading from their stories at the Bookcaffe in Swanbourne on WA Day, June 2nd, between 2 and 4 pm.)

The Gang of Four (our writing group) went back to the house to drink wine/ tea and catch up, but it wasn't long before the three of us girls were making our way to our beds.

Kristen was up well before sunrise, and was writing by candlelight when I emerged from my bed at 6.30am.  A little bewildered to be awake at such a time on the weekend, I followed her out to the deck and tried to do some scribbling myself. 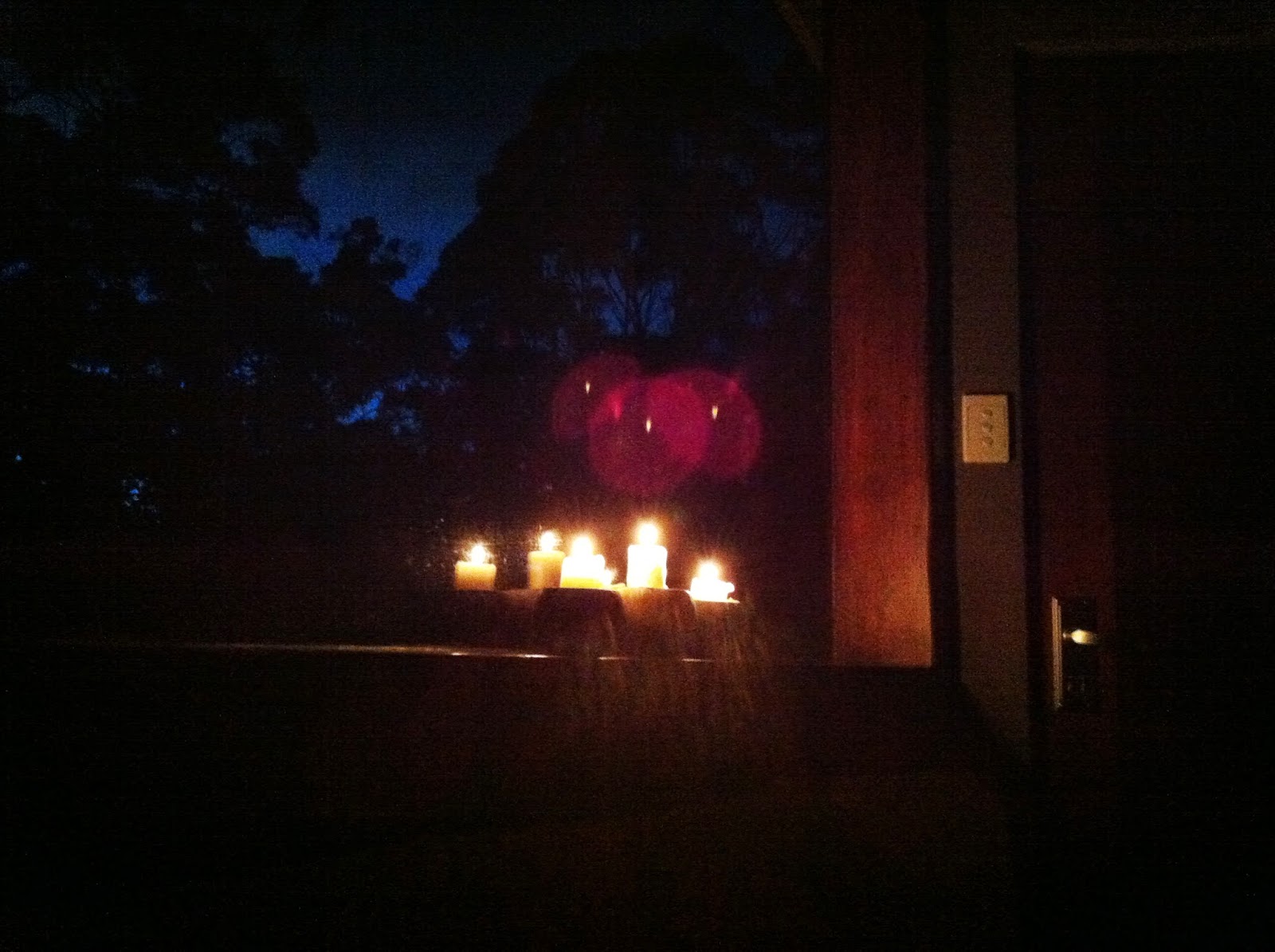 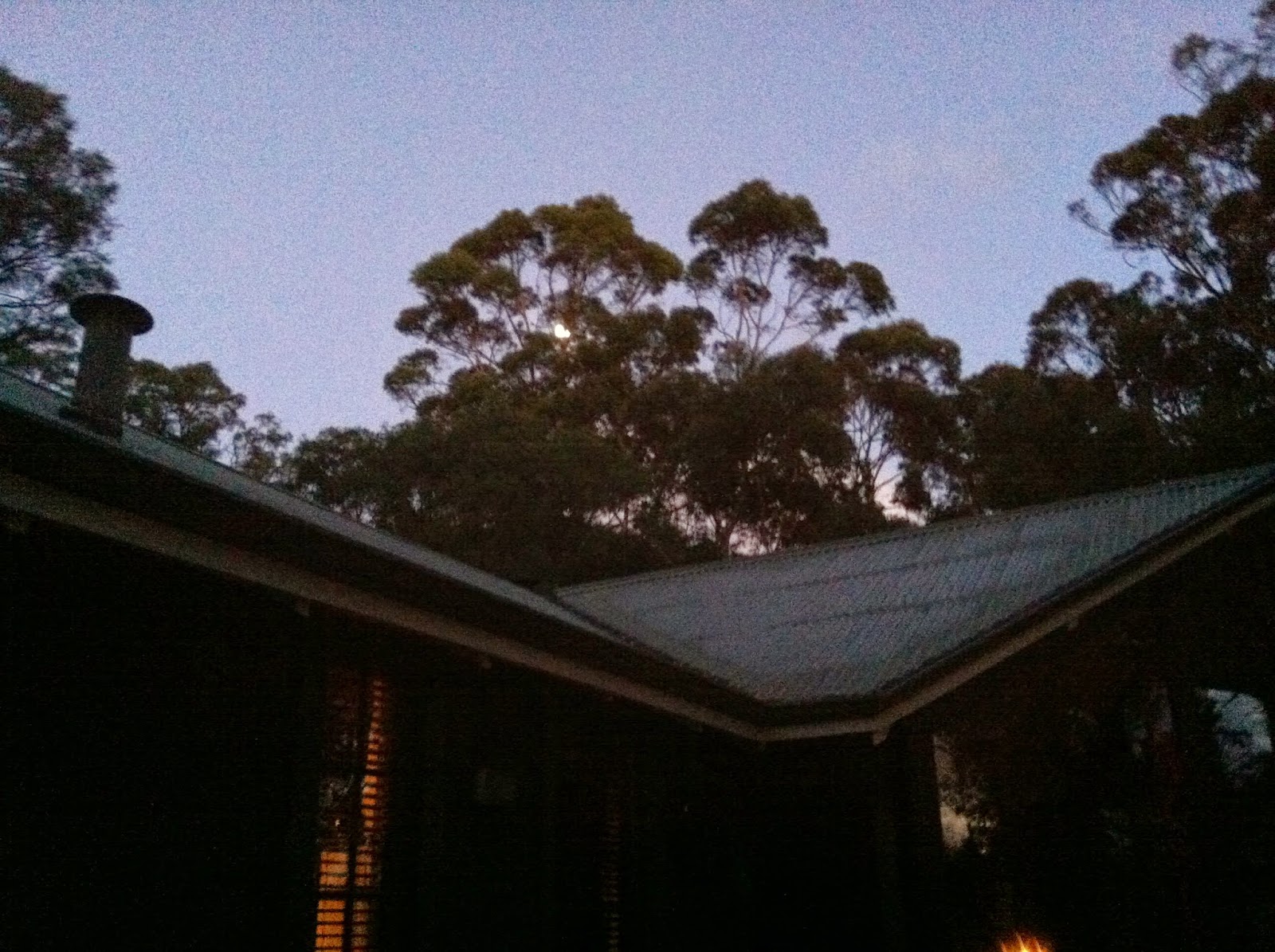 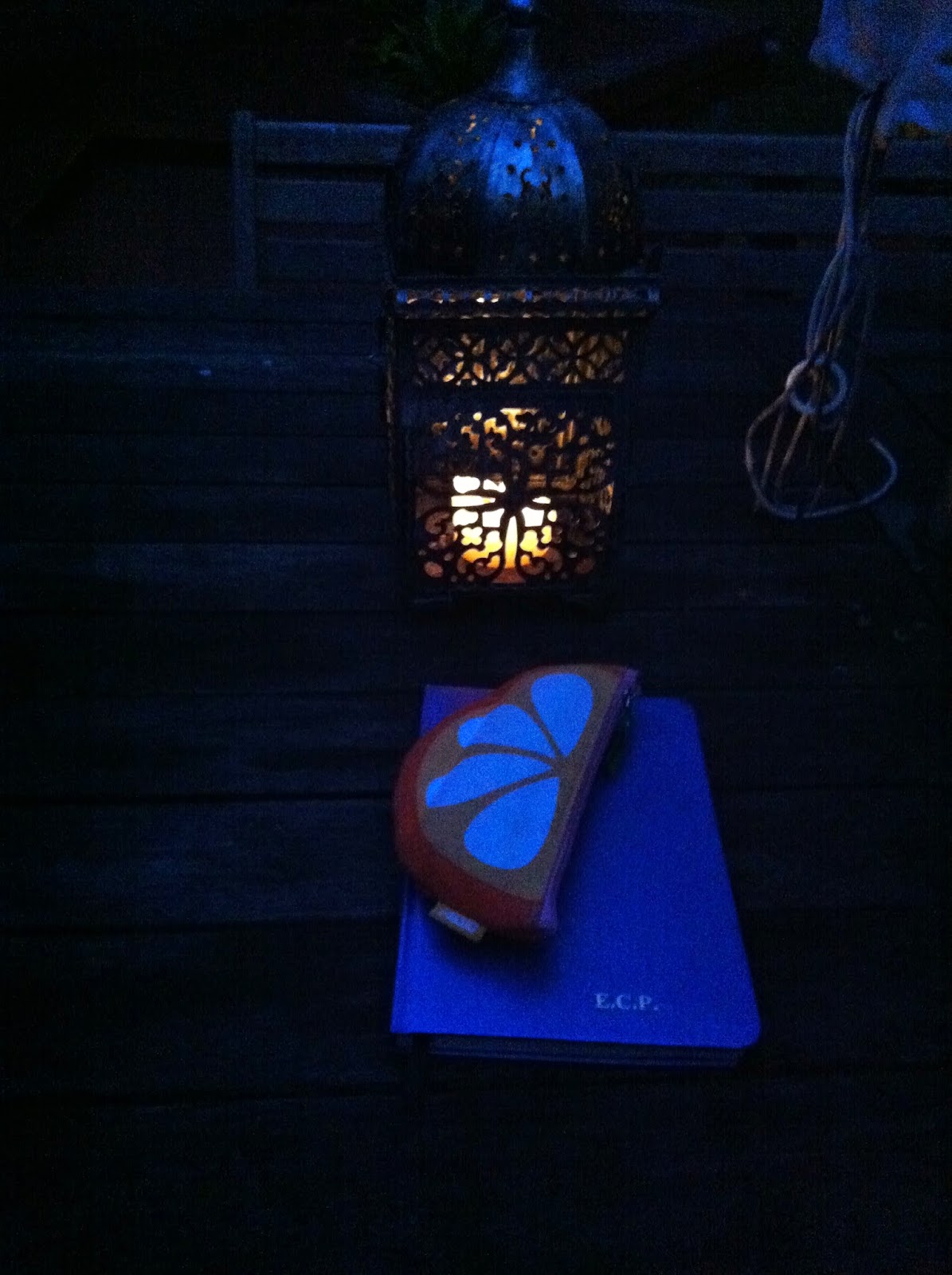 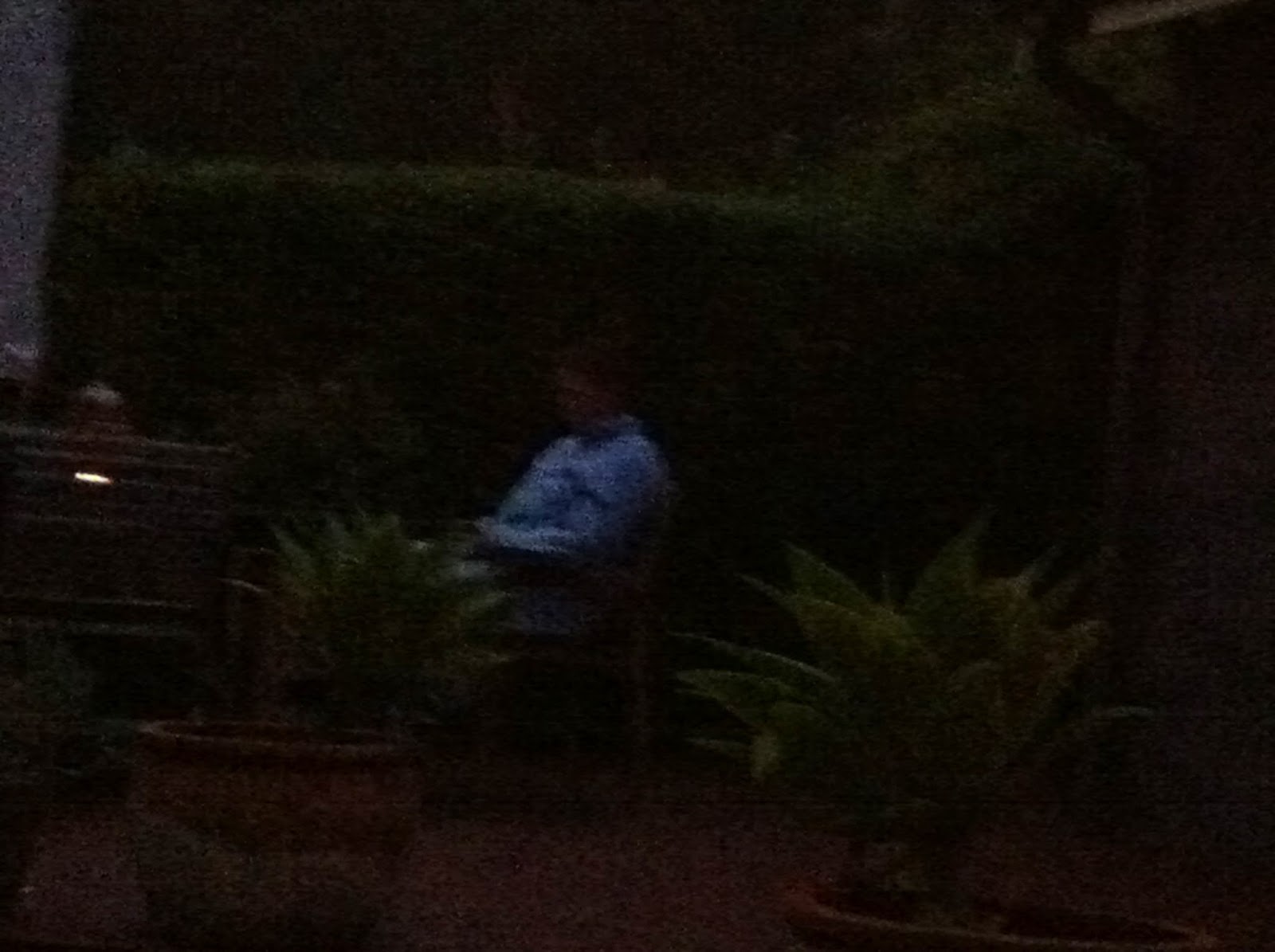 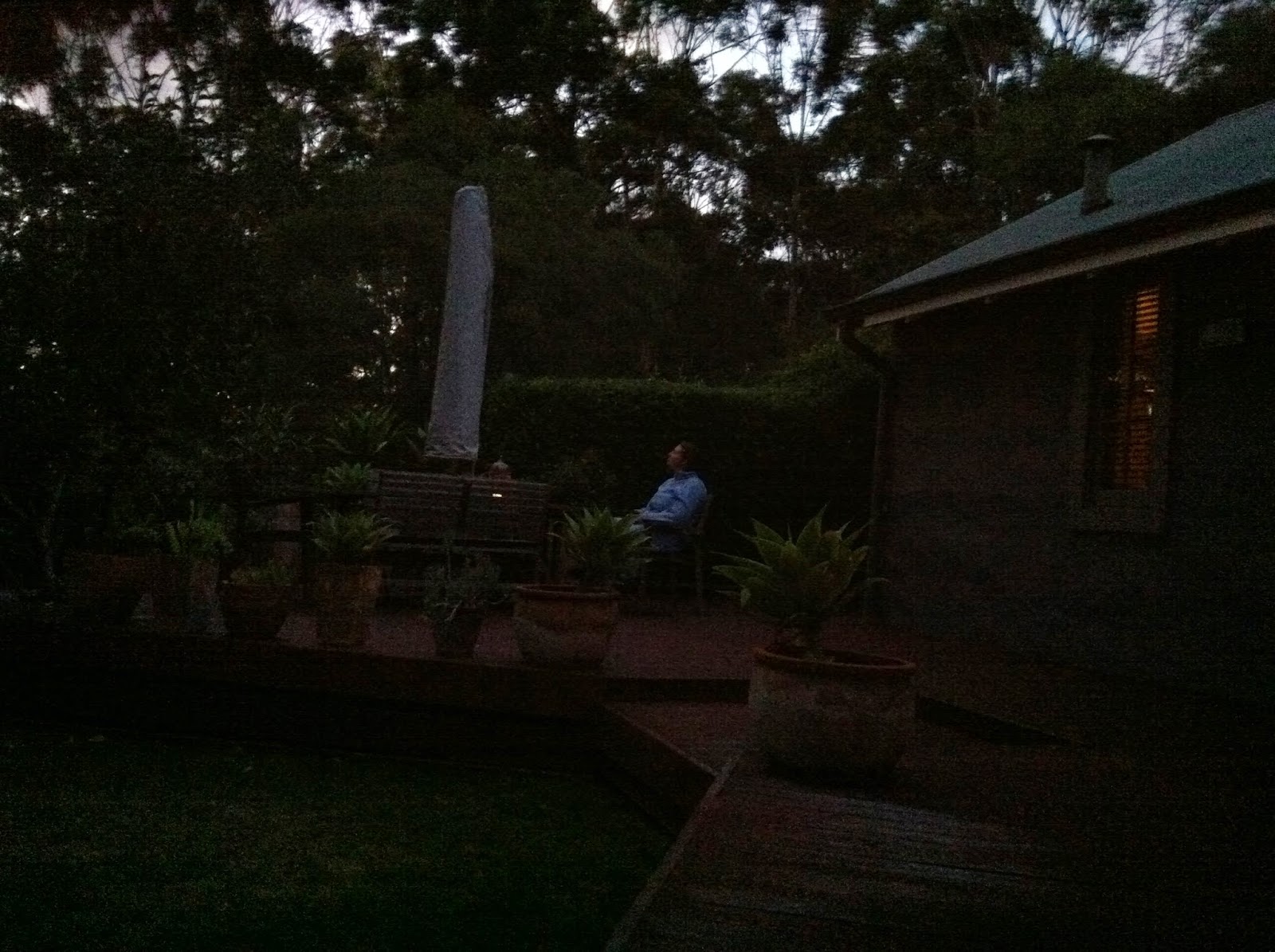 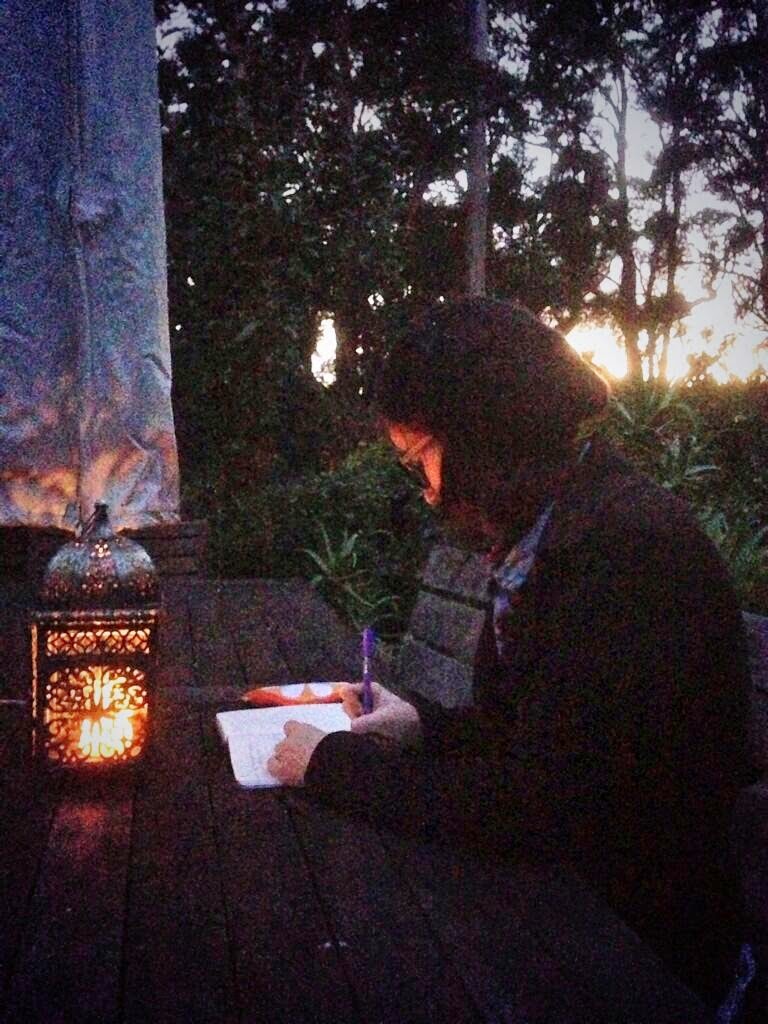 Later that morning, we headed back to Margaret River Cultural Centre for a full day of writerly talks.  First we listened to Peter Goldsworthy talk about his extensive and multi-faceted writing career.  He read from his memoir, His Stupid Boyhood, and I knew almost straight away that I needed to buy a copy of the book for my Dad.  I did, and then briefly lost my mobile phone, but luckily some lovely person handed it in.  It is very distinctive....

The next session was a panel discussion about the process of writing.  Ruth Wyer, the South West Short Story winner Rachelle Rechichi, joined a poet and journalist on stage to make their Writers Festival debut, and discuss what it was like crafting their stories.  Their readings really hooked me in and made me keen to read my copy of the collection.

After lunch, we listened to another panel discussion, this time composed of Peter Goldsworthy, the delightful slam poet Eleanor Jackson, John Mateer, Tim Hawken and Joan London.  My heart gave a little cheer when Joan London told everyone she had worked in New Edition bookshop to support her writing.  It was certainly a more light-hearted discussion than the next session, Robin deCrespigny talking about her biography The People Smuggler, which frankly left me wanting to have a little cry in the ladies' room.  We headed back to the house for a few hours of reading, sleeping and tea drinking, and then headed out for another delectable dinner at Morries because we were OBSESSED.

My wonderful mother set me a homework assignment that night, to write at least 200 words, and so I did, staying up past midnight writing passionate arguments between ex-partners on a long drive down a dark Margaret River road.  I ended up writing 6 pages!!!  Thanks Mum <3 nbsp="" p="">

But we well and truly save the best until last. 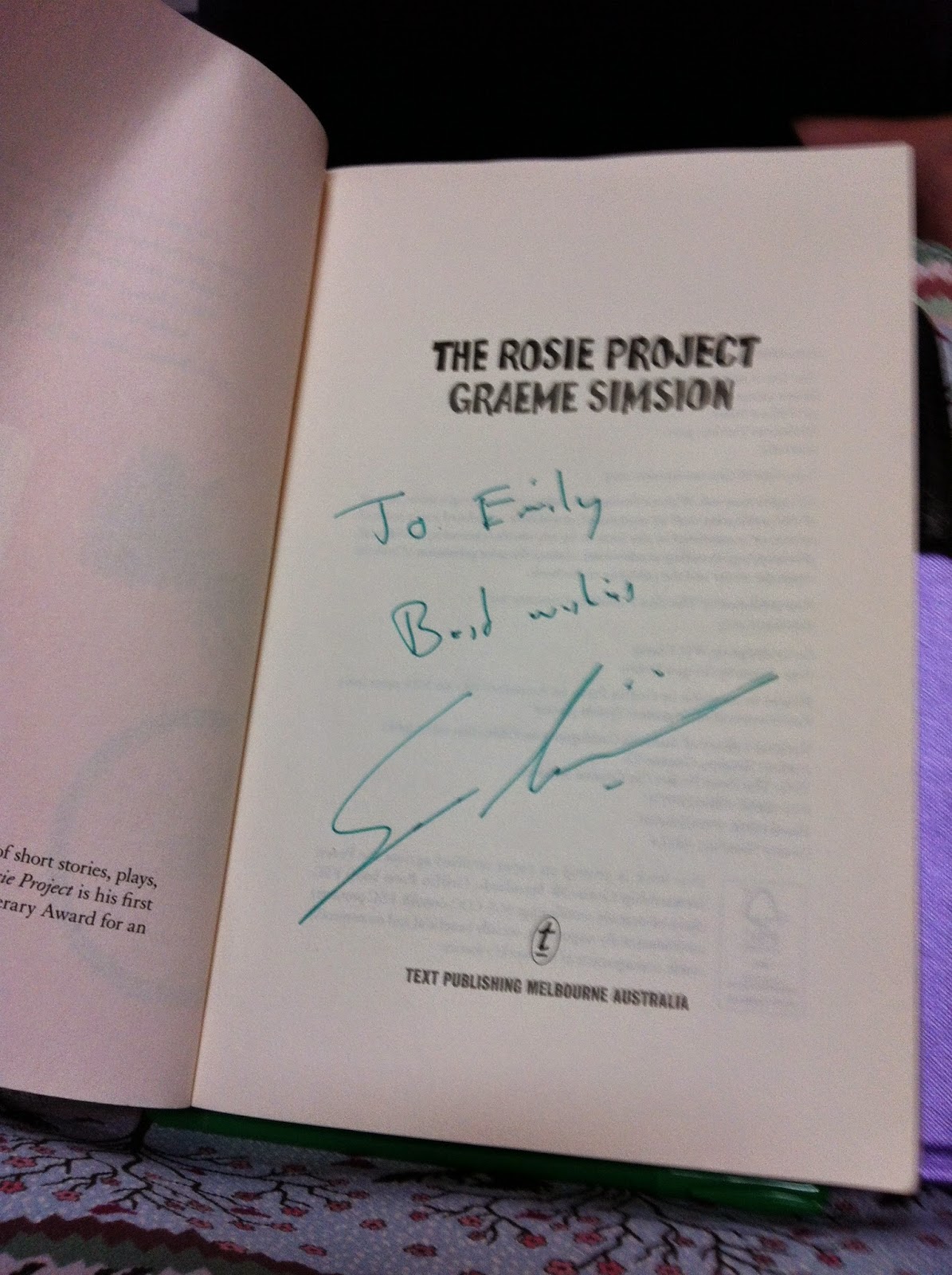 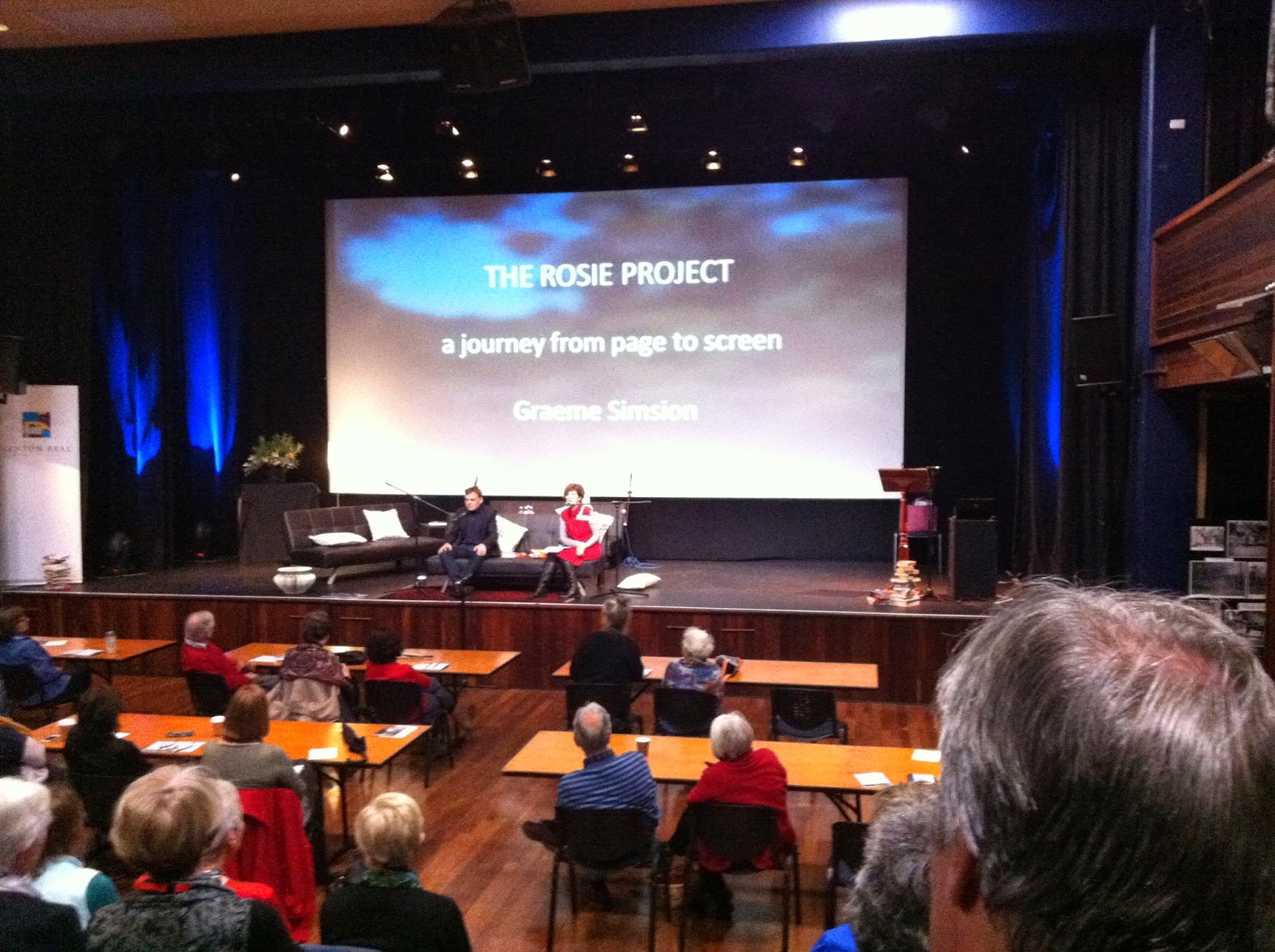 Yes, that's right.  I got to meet Graeme Simsion, author of The Rosie Project.  It was the session I'd been hankering for.  When we got into the auditorium, Graeme had bounded out of his chair and was going up to people in the front row for a chat.  "Hello," he said.  "My name is Graeme Simsion.  I wrote a book called The Rosie Project.  If anyone has a copy of the book they'd like signed, I can do that now."  Out came my book, and he came up to us with a great big smile on his face.  We introduced ourselves and indicated that we'd spoken to him about coming via Twitter.  He asked me what my favourite colour was, and opened his jacket to reveal a line of coloured pens ready for signing.  I chose green.

Graeme's session was funny, it was insightful, and it gave a lot of depth to a book which can be read on so many levels.  I am now keen to reread it in time for the sequel's release later this year.

Our last session before heading back was Joan London talking about Gilgamesh with Richard Rossiter.  I was really taken in by Joan; she was talking about isolation in Western Australian literature, and the mysticism of the landscape, the need to escape and come back etc... and I felt vindicated because these were the kinds of opinions I had developed in my honours thesis during 2012.

Louise, Kristen and I went for lunch on the main drag (not Morries this time but Sails), and took a final trip to the Bookshop (where I bought some Alain de Botton and Bill Bryson's dictionary for writers and editors), and then we said farewell to Margaret River for now.  Though I now feel a little as if I have been through the spin cycle in the washing machine, I had a wonderful, inspiring weekend and look forward wholeheartedly to next year's event.

Special hello to all the new friends I made on this trip: Jane, Lauren, Ruth, Eleanor, Rashida, Bindy (and anyone whose name might have been missed off this list in my post festival state....)