My Favourite Links on 'Failing'

My most over-used word for June/ July?  Fail.

I think most people are fairly quick to use this word.  I'm having what some writers refer to as a 'dry spell', meaning that I cannot place a story for love nor money (and I'm talking about both journals and competitions here).  It's so easy to just write myself off (no pun intended) and say that it's because I'm no good.... but I'll let you in on a big arrogant secret:  Sometimes I am!  Where does this idea come from, that in writing you're supposed to think you're rubbish, even when you're winning your second Miles Franklin?  Last night I started reading Dorothea Brande's Becoming a Writer (Thanks to Natasha Lester for the recommendation) and she starts off by saying she thinks it's pretty awful that so many creative writing teachers start by saying that 'Genius cannot be taught.'  Agreed!  Even in the 1930s, someone thought that was a bit off, so why is it still happening?  Flannery O'Connor wrote some amazing short stories, but her opinions on student writers were really negative.  I remember reading an article in which she stated that people who think that they can write are usually awful at it.  (I hope it was O'Connor, because otherwise I don't know who it was...)  It's just not always true.

We define our own failures.  To me, not being able to place anything feels like failing because I have such high expectations for myself.  When I started this blog, I said straight out that I was going to have a book published by my 20th birthday.  Well guess what?  I'm 23, and you're no closer to buying my book from your local indie than I am to being a prima ballerina.  But today I'm writing this post to tell myself and anyone who feels like me that this is okay!  In the time since I decided I was going to be a writer for real, I have achieved things that I should be proud of.  So here's today's mantra:

Count your blessings while others are adding up their woes. 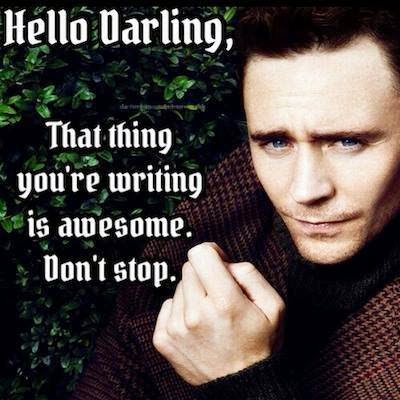 And in the meantime, here are my favourite links on 'failing'.

The respectable Guardian.
Labels: being a writer goalsetting links mantra markus zusak never give up on failure review of australian fiction ryan o'neill ted the guardian