'One drowsy summer's day in 1984, teenage runaway Holly Sykes encounters a strange woman who offers a small kindness in exchange for 'asylum'.  Decades will pass before Holly understands exactly what sort of asylum the woman was seeking...'

So reads the blurb of David Mitchell's new novel, The Bone Clocks, a 500+ page story spanning decades, dimensions and genres. 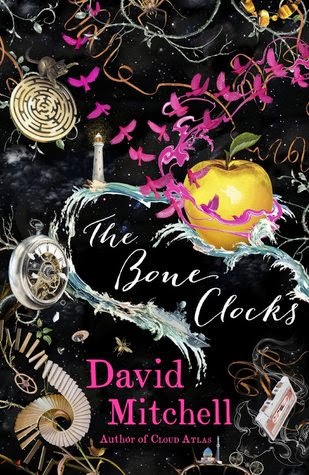 When fifteen year old Holly Sykes first takes up her narrative in the first part of the novel, the reader is immediately drawn to her voice.  Naive and typically teenaged, Holly is at odds with her publican parents, who think that her romance with Vinnie (a car salesman a decade her senior) is a bad idea.  In the spirit of rebellion, and young love, Holly decides to leave home and move in with Vinnie, but is stupidly shocked to find that her so-called friend Stella is in bed with her boyfriend when she gets there.  So far, so cliched.  What saves this troubled teenage narrative from becoming boring is Mitchell's skill with words, and a grander sense that this moment in Holly's life, and in the story, seem important but will pale in comparison with what's to come.  Holly sets off in a fit of pique, unable to return home with her tail between her legs, and finds herself thirsty on the pier.  She spies a woman with a thermos and asks for a drink, and the woman, Esther Little, spares her a bit of tea in return for the promise of asylum, which Holly thinks is a little weird.  The moment seems insignificant, but again, this is the point.  From there on, Holly's life is a part of the Script, the mystical plan for life on Earth, played out alongside a vicious, atemporal war although she will only know it as the reader comes to know it, in drips and drabs.  And if this description is raising more questions than it answers, it is only because it's nearly impossible to discuss without giving too much away.  Suffice to say, however, that the novel subscribes to a philosophy in which certain people are able to live outside the limits of time, and aging.  In fact, there are two lots of people who can, the Horologists, who live, die, and then enter a new body as an old soul and the Anchorites, a carnivorous type who prolong their lives by decanting the souls of potentially atemporal humans and drinking them as Black Wine.  Broadly speaking, these are two types of psychosoterics, people who have broadened the capabilities of their minds to allow them to live on a higher plane of existence.  And this battle of good against evil, the oldest plot in the book, is the essential narrative of the story.

But it's more complicated than that, as you will see when you read it.  The novel is written in parts, each time told by a different narrator at a different point in time.  At first, each new narrator seems to have nothing to do with the previous sections, but Mitchell finds ingenious ways to make the narratives link up, and fill in the blanks in what the reader has been allowed to know.  For example, the second part of the novel follows a charismatic but immoral young man named Hugo Lamb, as he finishes a semester at university (where he sleeps with the love of a friend's life just for laughs and steals the priceless stamp collection of a retired brigadier) and then goes on holiday to Switzerland with some friends.  Hugo's voice, like Holly's before, is strong and compelling enough that the reader does not say 'Stuff this' and put the book down in sheer frustration.  In fact, you start to like the bastard, and feel complicit, and you even begin to feel a little sympathy for him when he meets, woos and subsequently falls for none other than Holly Sykes, now managing a bar for a lecherous drug-dealer.  Because Hugo becomes close to Holly, the reader learns that Holly's younger brother Jacko went missing the day that Holly ran away, and that she feels responsible because she had a daymare in which she saw it happening.  Hugo then makes an appointment to meet Holly and possibly make theirs a 'relationship' but never makes the appointment, because he is intercepted by and recruited into the order of Anchorites, who see his potential.  The novel continues in such a fashion, showing next a section from the point of view of Ed Bruebeck, who becomes Holly's partner and father of her child (and previously appeared as the boy from school who helps her when she runs away), Crispin Hershey, an author and rival of Hugo Lamb's school friend Richard Cheeseman, who meets Holly at a writers festival, where she had been talking about her book about the strange semi-psychic coincidences in her life, and Marinus, one of the highest of the Horologists, who finally explains the situation to Holly and the reader.  By this point, the novel has gone at least ten years into the future, but plausibly so, and without making any claims for technological advances which might be hard to live up to.  The ultimate battle is waged in these pages, and who wins and how is for Mr Mitchell to say, and not I. 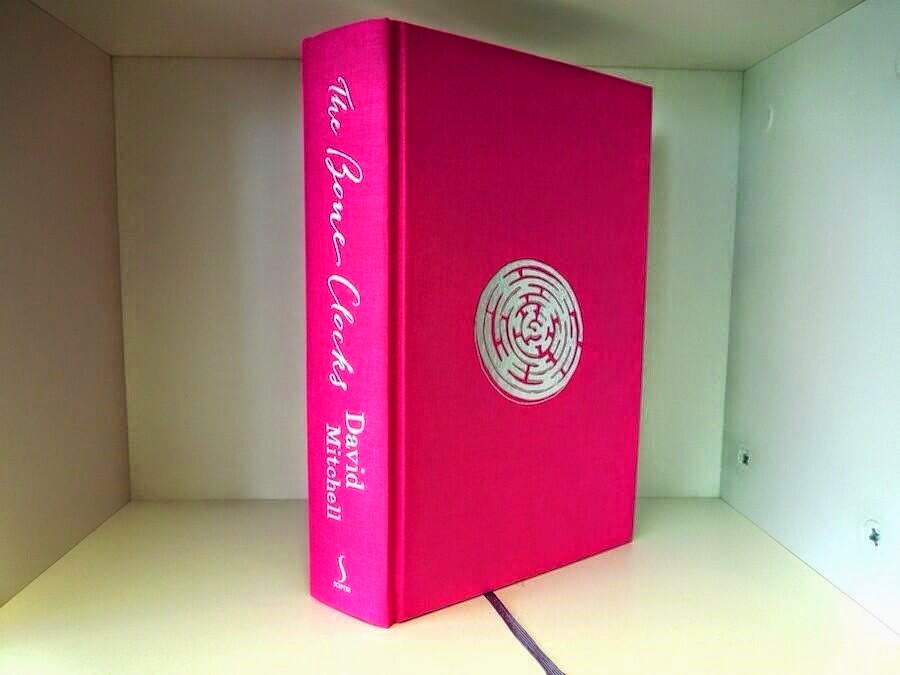 The reason I don't think this wonderful novel is going to win the Man Booker this year is because of the final section of the novel.  There is a complete section of narrative which follows the fight in the Blind Cathar's Cathedral (I would say, the novel's climax) and not only does it spoil the satisfaction of the reader that the right people have won, and the characters you like are all happy or at least in situations that make sense, it completely changes the tone of the book.  In Sheep's Head, the final part of the book, we are now listening to Holly Sykes in her seventies as she recounts her days living in a part of Ireland which is in the Cordon, or a safe zone loaned by the Chinese in the wake of the collapse of major world powers, the internet etc.  She is virtually living in a war zone, which contrasts to the description of actual war zones in Iraq told years earlier by her partner Ed (a war correspondent).  Mitchell's tone is suddenly very environmentalist, and similar in a way to Atwood's Madaddam trilogy, which finished up last year.  It is well written, but it is totally irrelevant.  Too long for an epilogue, and too sad to be satisfying, the reader is left with the knowledge that Holly makes it through the final battle only to face something even worse, and that was really disappointing.

The other thing that occurred to me is that perhaps the basic premise of the novel, that of atemporal beings who are reborn, is mightily similar to Claire North's The First Fifteen Lives of Harry August.

This was my first David Mitchell novel and I am hungry for more.  His style is funny, insightful and possesses a clarity of observation that translates beautifully into original prose.  I give this book four stars, taking one off only for the final section.
Labels: book review british novelists david mitchell long list man booker prize the bone clocks