Book Review: A Time of Secrets

With the release of January's The Imitation Game, the intelligence efforts of the code-breakers at England's Bletchley Park are a hot topic of conversation-- but what about the intelligence agencies that existed right here in Australia?  This is the topic of Deborah Burrows' third novel, A Time of Secrets, which centres around an organisation known as APLO, modelled on a real life unit that was of AWAS.  It is the story of Stella Aldridge, a thirty-something widow from the United Kingdom whose background makes her useful to the Lieutenants in charge of the Destro mission in Malaya, as she is a fluent speaker of the Malay tongue.  When Stella overhears some army personnel speaking Malay and plotting to kill a Lieutenant for a bungled mission, she is drawn into a world of double agents, danger, top secret files and possibly love. 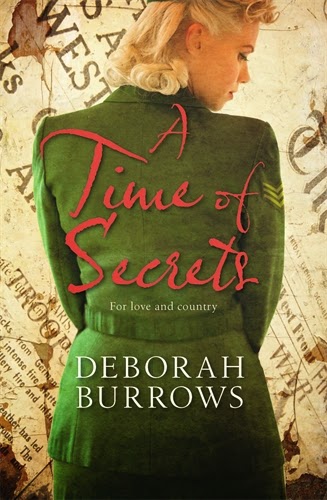 But this book is much more than your typical World War Two spy thriller.  For a start, its Australian location makes it unlike anything else available, and Deborah Burrows' has meticulously researched both the time and place in order to create a great level of verisimilitude.  The setting is vivid and easily imagined, as are the people, the fashions, the tram rides and the action scenes-- of which there are a few.  Burrows also takes her reader inside a number of parties, and easily transports them back in time to a period of great social change.

In fact, this social change is a major theme of the work, as it has been in all of her previous novels.  In using strong, forward thinking female characters as protagonists, Deborah Burrows puts herself in a position to question the inherent sexisms of the time-- the questions of morality, of 'ownership' of women by men, and of the limited potential for advancing their employment.  But the sense of outrage at the disadvantages faced by women is at its strongest in this book, with one of the defining themes of the work being domestic violence.  Stella, we learn, is far from the distraught widow, as her husband Frank (killed in North Africa in 1941) was physically and emotionally abusive.  Stella still feels strong trepidation at the thought of a man ever having that much control over her again, even to the point of her being indignant that she does not need a man to take care of her-- she is her own person.  When she witnesses a neighbour being bullied and beaten by her lover (who happens to be one of Stella's superiors at work), she puts herself in a dangerous position by speaking out.  Yet it's important to her character development that she does.  Over the course of the novel, Stella must learn to trust again.  First and foremost, she has to learn to trust herself.  She is a sassy and likable character, an ideal friend and a role model who will appeal to readers of all ages, who is supported by a cast of lovable off-siders, Dolly, Faye and Mary.

As the mystery in the novel unfolds, Stella finds herself growing close to two men from Perth-- one, Staff Sargeant Eric Lund, is a brutal commando killer in his professional life, but claims to hate violence, a personality trait that attracts Stella so long as she can believe that it is true.  The other is her boss, Lieutenant Nick Ross.  Stella's roommate Dolly thinks that Nick is dreamy, and he has a reputation for being a ladykiller, but the more Stella gets to know him, the more she realises that he is sensitive and using his reputation as a cad to prevent himself from getting hurt.  His unwanted advances on Stella feel like a cruel game, and their relationship takes two steps back for every step forward they make.  Nick and Eric's complicated background doesn't make it much easier for Stella to know who to trust, as everyone seems to have their own opinion about what's really happened between them.  On top of this, Nick Ross appears to have made the decision that got a wireless operator killed in the Destro mission, and it's possible he was the Lieutenant whose life was being threatened in the alleyway.

This is a cleverly plotted and engaging novel that is really made by its superb characterisation and research, and I think it will make a great read for book clubs and bookworms alike. 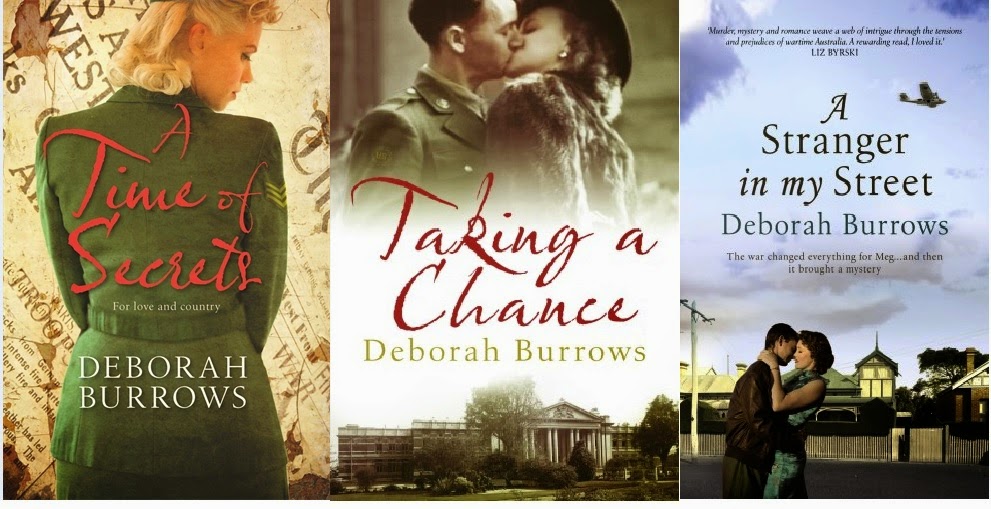 Please join us for the launch of A Time of Secrets!

When:  Tuesday February 24 2015 at 6pm
Where: Mattie Furphy House in Swanbourne