The Last Illusion
Porochista Khakpour
Bloomsbury (I own a copy)

When Zal is born, he is pale and strange looking, and his mother (who has already had several other children) finds him abhorrent, so she puts him in a birdcage on the front veranda.  For many years, he lives his life among her bird collection.  Then, his older sister visits and discovers this bizarre form of abuse; she and a friend make a documentary of Zal's rescue and he becomes famous, a kind of horrifying obsession in the news media, attracting the attention of a Dr Hendricks, an expert in child development.  Hendricks flies to Iran to adopt Zal, and brings him home to New York, where they attempt to make the rest of Zal's life as normal as possible.

But Zal is not normal, and in fact he quite likes living like a bird.  He eats insects, he cannot smile, and more than anything, he wants to fly.  This leads him to the illusionist, Bran Silber, who puts on a show about the history of flight in Las Vegas.  The two form an unlikely friendship, and their exchanges are peppered with humourous 'Silberisms', a kind of hybrid hip hop/ internet speak full of buzz words and catch phrases.  Despite this, Silber's show does not satisfy Zal's urge to fly. 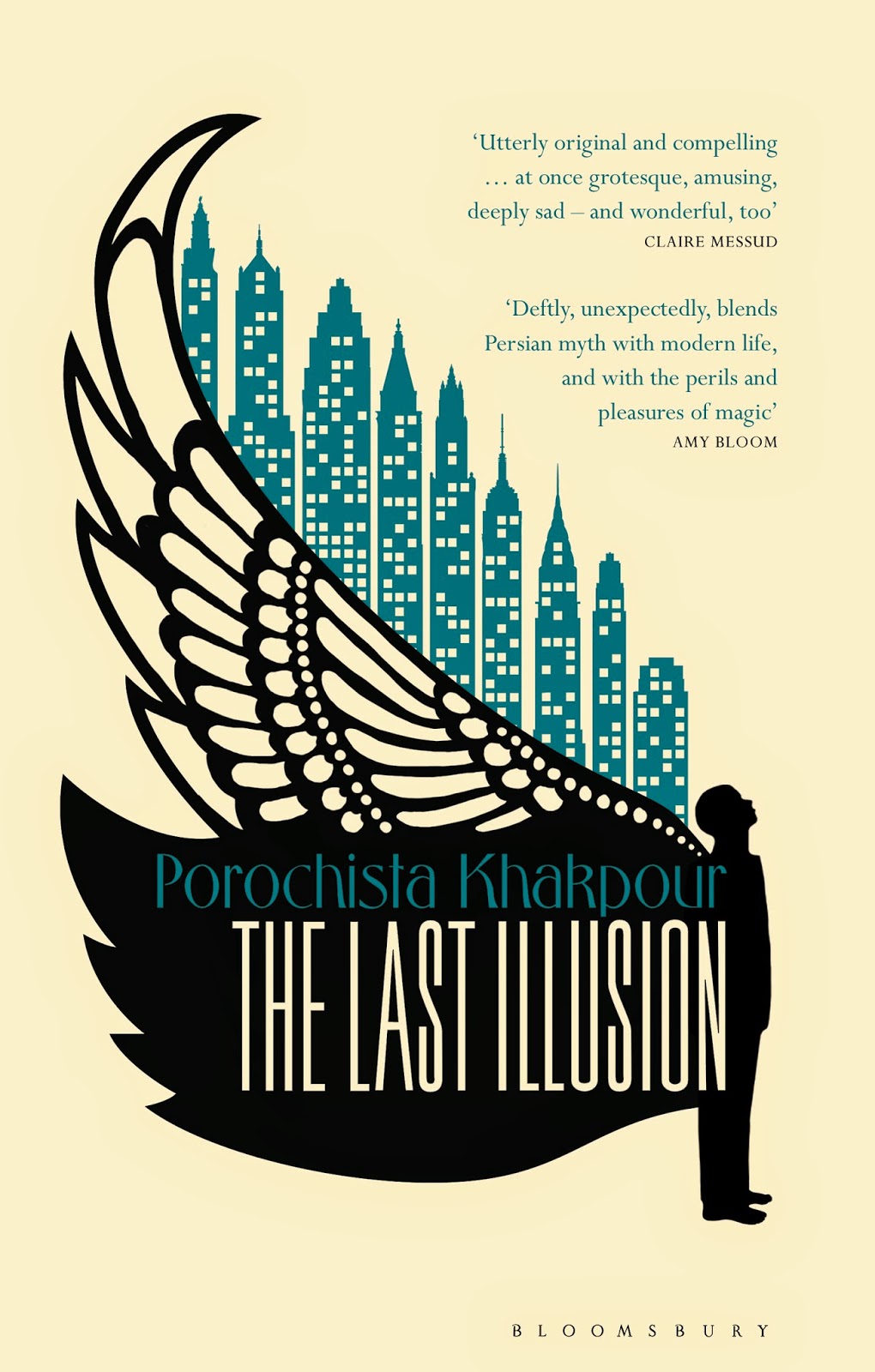 This novel is set in the immediate period preceding the terrorist attacks on September 11 2001, but it is not, the author has said, a 9/11 novel.  There are a number of pieces which deal with the fracturing of the western mindset before and after these terrorist attacks, including Don DeLillo's White Noise (a short story) and Jonathan Safran Foer's Extremely Loud and Incredibly Close, but this is not one of them.  Instead, this is a novel about the symbolism that day has grown to have in the time since it happened, our loss of innocence, our fascination with spectacle, and the mythology that society gives to events of this magnitude.  It does so with great wit and a fine tuned sense of irony.  And when I say irony, I mean it: for Bran Silber's aim, in the latter half of the book, is to pull off an illusion the likes of which the world had never seen before.  Bran Silber wants to make the World Trade Centre disappear.

This is only one plotline, and it's only really one third of the book's focus.  The more important plotline, I would argue, belongs to Zal, and as an Iranian American, he occupies a strange space as a character in a book which happens around 9/11.  So too does his girlfriend, Asiya, who changes her name from Daisy MacDonald, thereby shedding her outer shell of the privileged, white, middle class New Yorker, in order to fit in with a Muslim minority when she falls for a man who is a Muslim.  She later breaks up with the man, and with Islam, but not with the name.  Asiya is a prickly, anorexic girl, an artist who reanimates dead birds using photography (but does not kill them), and she meets Zal in the street when they both bend to pick up a bird which has fallen dead on the footpath.  Their relationship is awkward and uncomfortable for both of them, with Zal finding physical and emotional milestones usual to people hard to get his head around, and Asiya finding it hard to let people get close to her.  Their relationship is complicated by Zal's feelings of attraction towards Asiya's obese, bedridden sister, and Asiya's belief that she possesses the psychic ability to see bad things coming.  As Silber's illusion begins to gather publicity, Asiya, a woman with a Muslim name, feels compelled to contact the illusionist and warn him off provoking great tragedy.

The influence of magical realism is deliciously felt in this story, which reads as easily as a bed time story, but is smart, witty and complex at the same time.  Zal's story itself is based on part of the Shanhnameh, or the Persian book of Kings.  If you love Gabriel Garcia Marquez, you will love this novel.