The Painted Sky
Alice Campion
Bantam Books 2015 (I own a copy, courtesy the publisher)

When Nina Larkin's Uncle Russell dies, leaving her his property in the small rural town of Wandalla, she decides to head out to see the place herself before it sells.  Her mother has passed away, and her father, the eclectic artist Jim Larkin, has been missing since the late 1990s.  Nina believes that there may be some clues as to what happened to him out at the property, The Springs, where Russell and Jim grew up.  But as her search begins to unfold, her troubles begin and chief among them is Hilary Flint, who happens to be the only buyer for The Springs.  Hilary is new money, and she takes an instant dislike to Nina.  Her plan is to buy The Springs, and along with her property, and the property belonging to her future son-in-law, Heath Blackett, she will restore the historic Durham estate and become the largest landholder in Wandalla.  Nina is in the way, and in more ways than one. 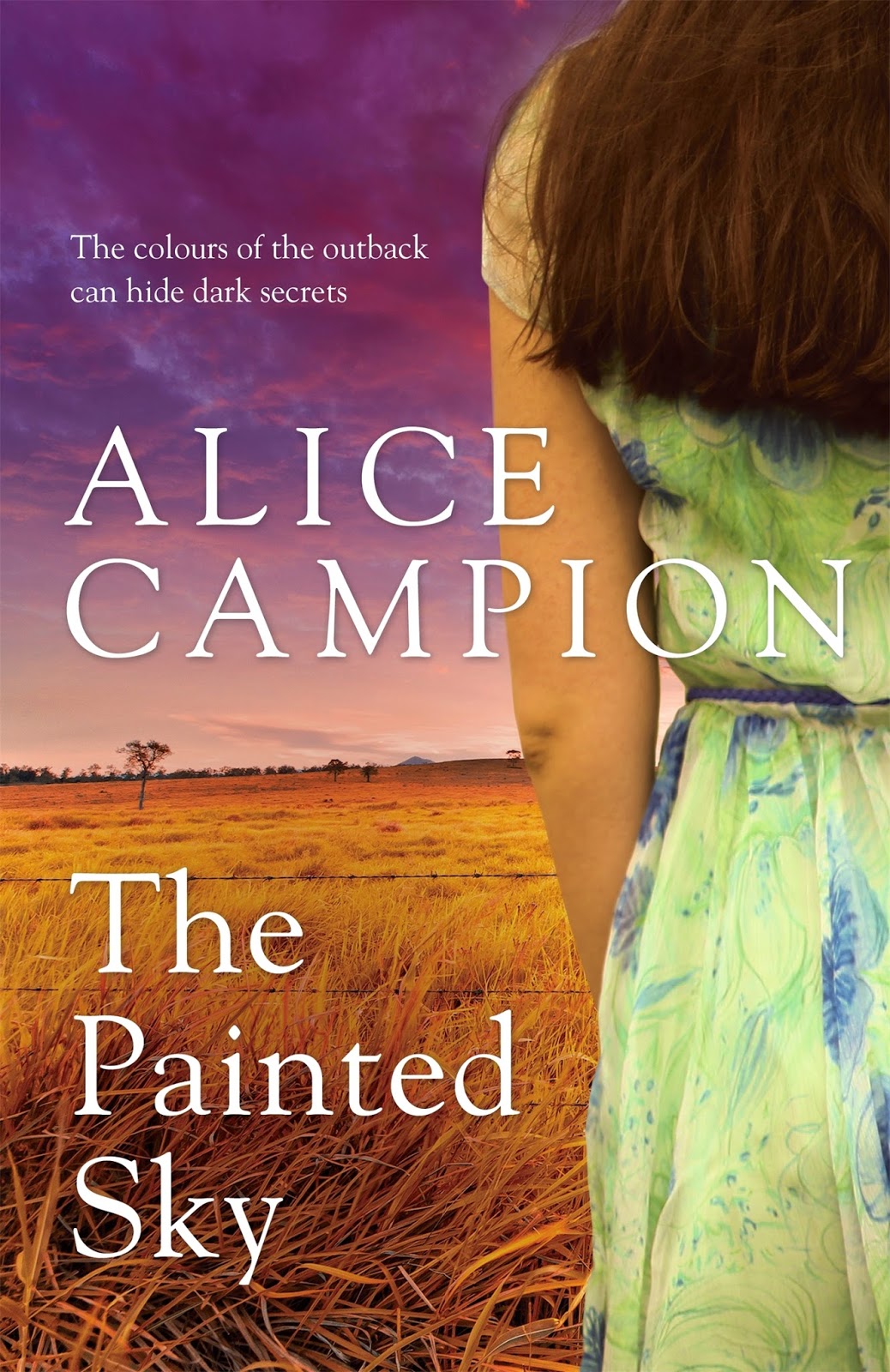 This novel was not in the least what I expected.  On first inspection, it didn't seem like my kind of book at all; I've never really gone in for that new genre of Rural Romance, and I'm starting to develop an aversion to books with headless women on the cover, but The Painted Sky was a pleasant surprise.  It was written by five women, members of a book club called The Book Sluts (they'll read anything) and was born out of an idea they formulated as a way to raise money for a trip to Russia.  The five women have all held jobs in which good written language skills are a must, and they are extremely widely read, yet the challenge remained-- how to get a co-authored book off the ground.

It's not unheard of, but it is quite rare.  And the more authors a novel has, the harder it must be to ensure a consistent voice is present throughout the book.  But it must be said; if I had not been told there were five authors, I probably wouldn't have guessed.  Because I did know, there were some clues.  For example, some of the descriptive language was very original, but some was quite cliched.  And one of the authors seemed to be particularly interested in describing Nina's rockabilly fashion sense, for the detailed breakdowns of her outfits only came every so often, rather than every time she would have changed her clothes (and good thing too, because if it was every time, that might have been a tad dull...)  For 96 pages, the book is told from Nina's point of view, and I had gotten into the familiar rhythm of her thoughts, but suddenly, other points of view began to creep in: Heath, Deborah, and Hilary, most of all.  I understood this choice as a way to convey information that Nina couldn't possibly see, but it did seem like a stylistic choice that could have been established from earlier on.

That being said, this was a compelling, genre-bending book.  The story has elements of romance, mystery, and family drama all rolled into one.  The twists and turns were logical and well-paced (sorry to say I guessed every one, but I recognise a literary plant after studying books and writing for so long) and the characters were very well drawn.  The sex scenes were a little racier than I would usually go for, but stopped on the right side of smutty.  As for dialogue, some of it could at times be a little unnatural, particularly when it came to Hilary-- yes, she was set up as being a class A bitch, but at times she talked like a Disney villain.  All that being said, there was a certain event in the book that made me cry, and that hasn't happened in a long, long time.

I enjoyed being pleasantly surprised by this book.