Long time no speak, but don't assume it's because I haven't been reading because that would not be true!  No, in fact my prolonged silence was due to an unfortunate incident involving our home internet which left me using smoke signals and flags to communicate for almost a week.  Most frustrating, especially for someone who is trying to complete a university course in another state.  It does make you think though, and realise how dependent we have become on the internet.  One thing I DID get done while I was experiencing cyber-displacement was a heck of a lot of reading, and I didn't even have to shirk my studies.  I got a chance to read a book I had been lusting after since it was published, and that book was The Bird's Child by Sandra Leigh Price.

It's set in a boarding house in Sydney, during the year 1929, and stars a cast of oddly matched waifs and strays.  First, there is the owner of the house, Miss du Maurier (which immediately made me think of Daphne du Maurier, but in fact her name is taken from the OTHER literary du Maurier, George, who is famous for his novel Trilby) who has lost her husband in the war and fills the whole in her life by taking in strangers to live in her home.  Then there is Lily, on the run from a mysterious past.  Lily, we grow to learn, has something special about her.  She is beautiful, but strangely for a late 1920s woman, she wears trousers and has very short hair.  She is also an albino, and has a strange affinity with birds.  This recommends her to Ari, a Jewish boy who fled the pogroms in Russia to live with his Aunt and Uncle, and who dreams of being the intellectual heir to Houdini.  Ari and Lily put together a magic act involving a lyrebird, a parrot, a crow and a currowong, and their professional partnership begins to turn into something more.  But Ari has a rival: Miss du Maurier's other tenant, Billy Little.  Scarred and a little sinister, Billy is a war veteran with a history of seducing women and leaving them shamed.  He is drawn to Lily and believes that she is already his.  The two men are on course for a powerful collision from the very first page of this book, and it soon becomes clear that Lily will be caught in the middle.

What I loved most about this novel was the use of voice.  The story is told from several points of view, and begins by alternating between Billy and Ari's voices.  They're so distinctively different, and cause immediate reactions in the reader, that I really feel like this is one of the most successful multi-POV narrative I have read in a long time.  Billy's voice is slippery and reptilian, and his vocabulary gives away a man who has scraped and clawed his way to a position of arrogance and vigilance.  At times, I was reminded of Nabokov's Humbert Humbert in Lolita.  Contrasted with Ari's voice, which was timid and sweet, and felt realistically that of a man who still sometimes feels like a scared little boy, the effect was stunning.  I raced through this novel, and loved all the characters in their own ways, though I did feel heartened with Billy and Ari finally faced off and the best man won.  (I won't say who, though you may have guessed.)

The setting was decadent, the magic was sumptuous... the only thing that spoiled the effect for me was the ending felt a little rushed and I was not 100% sure what was going on in the  last few pages, but I understood enough to know that the people who needed to be together would give it a go, and that all's well that ends well.

I gave this novel four stars. 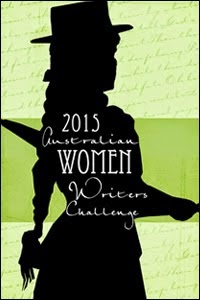