What Elimy Read in July

July was an interesting reading month, one which saw me exploring different genres and formats.  I managed to read nine books in total, four of which were library books and one of which was an e-audiobook which I checked out using the Borrowbox program through my local library.  I was planning to make another video this month, but I just haven't felt up to it, so I figured it's best to get on with this wrap up and move on. 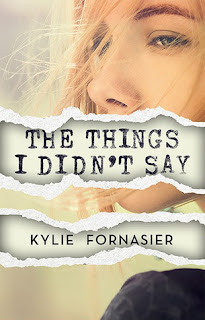 The Things I Didn't Say by Kylie Fornasier

This #LoveOzYA title is about a young woman named Piper, who struggles with a condition called selective mutism.  This means that she finds it impossible to speak to anyone other than her family and closest friends.  After a big fight with her best friend Cassie, Piper changes schools and has to deal with being the 'weird' new girl.  She attracts the attention of charming golden-boy, West, and the two form a connection- all without Piper being able to say a word to him.  I enjoyed this book and it was a quick, sweet read, but at times I found the characters and their high school drama a little Americanised, even though the book is set in the NSW Blue Mountains.  I kept thinking about those early 2000s era teen movies- there's nothing wrong with those, but the depiction of Australian high school life just didn't ring true for me.  I also found the start to the book a little slow, and the build up to the big reveal about Piper's fight with her friend was all tension for no real payoff. 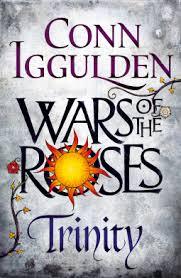 This is the second novel in Iggulden's Wars of the Roses series and while I find the focus on military and political aspects a little hard to follow at times, I do enjoy reading about the time period.  It backs up my Philippa Gregory novel obsession nicely.  In fact, I have become so sucked into this world that I actually started working on a short story set in the Wars of the Roses this week.  Who knows if I will finish it, but that's a topic for another blog.  This novel focuses on the alliance between the Duke of York and the Earls of Salisbury and Warwick, and follows the battles of the war up until the point at which Margaret of Anjou has York's head mounted on the wall at Ludlow wearing a paper crown.  (And hey, that's not a spoiler because it really happened.)  I still don't know how I feel about Iggulden's manipulation of facts to ensure interesting characters appear at places they wouldn't have been in real life, but I really enjoy this series and I am keen to get my hands on Bloodline (book 3) and Ravenspur: Rise of the Tudors (book 4) soon.  I am taking a quick break from them for now because they take FOREVER for me to read and I really need to work on whittling down my enormous TBR pile. 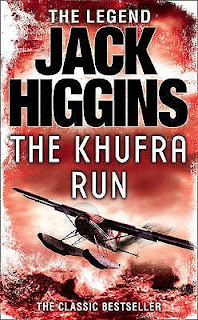 The Khufra Run by Jack Higgins

This was our book club book for this month... yeah, really.  Written under a pseudonym in the 1970s, it was the book which launched Jack Higgins' career as an action writer, and it has all the subtlety of an old James Bond film with none of the finesse.  A war-scarred Vietnam veteran and his heroin junkie friend are running a smuggling operation out of Ibiza when they fall afoul of a corrupt Algerian general.  A buck naked nun runs out in front of the protagonist's jeep and tells him about a lost treasure at the bottom of the Khufra marshes- which he must help her recover so she can donate all of it to a children's hospital.  Yeah.  Nah.  I'm not into this kind of book at all.  I was particularly annoyed by the proliferation of hot, sexually available women who all seemed to throw themselves at the protagonist whenever he met up with them.  What's the male version of a Mary Sue?  It was an interesting reading experiment, but I'm in no hurry to repeat it.  Good for a laugh at book club and not much more. 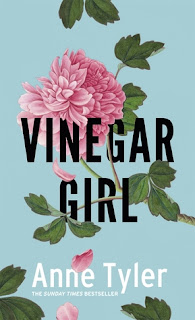 This is the third book released as part of the Hogarth Shakespeare project, whereby The Bard's plays are updated for a modern audience.  Vinegar Girl updates The Taming of the Shrew, and follows a young woman named Kate Battista, who is asked to marry her father's promising lab assistant so that he won't be deported.  It was a quick, charming read and I really enjoyed it.  If you're looking for serious depth, perhaps try a different Anne Tyler novel, but if you're after something really lovely to read in the garden on a sunny winter's day, this is it.  Plus it's got a stunning jacket, not that this should be a factor.

Gillespie and I by Jane Harris

I picked up the recommendation for this book from a video posted by Simon of Savidge Reads.  He said something along the lines of "If you like historical fiction" you must read this book and so I immediately went searching.  It's set in Scotland around the time of the national exhibition, and follows a woman as she befriends and insinuates her way into the family of an up and coming artist named Ned Gillespie.  The narrative switches back and forth between the past and the present day (which is the 1930s for our elderly narrator) and as time goes on, we realise that perhaps she's more calculating than she seems.  This was a great recommendation, and was almost a perhaps amalgam of the increasingly popular psychological thriller ala The Girl on the Train and the historical genre I so adore.

A Country Road, A Tree by Jo Baker

I am sure anyone who read Longbourn will have a special place in their hearts and on their bookshelves for Jo Baker.  When I found out, belatedly, that she'd had a new novel come out without much fanfare, I immediately requested a copy via my local library.  The novel follows Samuel Beckett, who would later become a great playwright, through Paris and the French countryside as he becomes involved with the resistance efforts during the second world war.  I worried that I would hate this novel, as a) I don't really understand Beckett plays (though I loved seeing Godot when Ian McKellan was in it) and b) there was no sense of whimsy to the premise the way there had been with Longbourn and The Mermaid's Child- no possibility for a magical plot twist.  However, I was so pleasantly surprised by this book.  I frequently had to stop and write down her arresting turns of phrase in my journal because the writing in this book is marvellous.  I recommend this to anyone, Beckett fan or no, and I am very keen for more from this wonderful author.

The Book of Speculation by Erika Swyler

This was the e-audiobook.  I listened to it on my drive to and from work last month.  It was nice to have a story read to me, but it's an incredibly slow way to read compared to my usual speed.  The story follows Simon, a librarian, who is sent an old, rare book by a mysterious antiquarian bookseller.  Simon begins to unravel a mystery which suggests all the women in his family-- circus mermaids and fortune tellers-- drown on a particular day in July. When his sister, Enola, announces she is coming home to see him in his house by the ocean, Simon realises he must reverse the curse before it is too late.  I really enjoyed this book, but I found having it read to me by some random American voice quite distracting, so I doubt I'll experiment with audiobooks too much more.  I kept thinking while I was listening "gee I wish I could follow along on paper."  This book ticked all the boxes for me- it had mermaids, circuses and libraries.  I think perhaps it would have felt a little more put together without the interference of the actor's voice but we might never know for sure now. 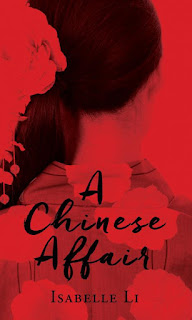 A Chinese Affair by Isabelle Li

I reviewed this collection earlier in the month and you can read my review here. 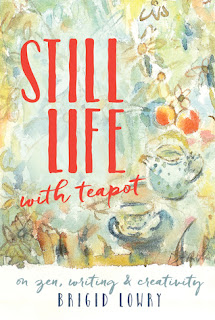 Very interesting book, this one.  You can read my review here.

So that's what I read in July.  Have you read any of these titles?  Let me know what you thought in the comments below, or send me a tweet-- I'm on Twitter as @BatgirlElimy.  And if you have any awesome books you'd like to recommend, I'm always keen to hear them.

Until next time, Happy Reading!