I was immediately fascinated by Le Chateau when it began to get coverage on a few Australian blogs and social media accounts the weekend before it was due to be released.  Previously, I hadn't heard a thing about it.  The premise was intriguing-- Charlotte, an Australian woman, is returning home to a French chateau in the middle of a vineyard after a head injury.  She is returning to a husband and a daughter that she doesn't remember, and the life she expected to fit back into doesn't seem to suit who she feels she is.  Add to the mix a highly manipulative mother-in-law who keeps hinting at some indiscretion that had been going on between Charlotte and the riding instructor from the next property over and the result is a novel which twists the best strands of a few genres together.  While Le Chateau could be said to be a romance, a thriller or a literary novel respectively, I think it's more accurate to say that it's the best of all three. 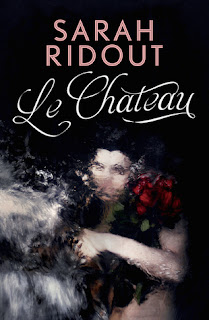 Ridout is a confident writer who doesn't feel the need to over-explain complex emotions to her readers and instead lets her highly intelligent heroine feel her way back into her own life alongside the reader.  It's nearly impossible to put this book down-- between the sexy, devoted French husband (who is not at all too good to be true) and the gripping whodunnit aspect of Charlotte trying to work out what really happened to her, Le Chateau had me turning pages for the good part of a couple of days.  It is no small accomplishment, either, that this novel does not stray into the territory of the cliched, because there are several aspects to the plot which have tripped up writers frequently in the past, such as the childhood girlfriend still hanging around, the vindictive mother-in-law, and the waking up from a coma trope in general.  Ridout uses her unique setting, and her intimate knowledge of it, to give her novel a concrete sense of time and place and this informs the characters, making them rich and realistic.

If you're a David Bowie fan, you'll also enjoy that this novel has a soundtrack of some of his greatest hits.  In my opinion, this just gives Charlotte and her author extra points for their excellent taste in music.

While some readers may be able to guess the solution to the novel's central mystery, there's just enough flavour to the book to ensure they'll probably never be able to guess it in it's entirety.