A few thoughts on Difficult Women by Roxane Gay

This is not strictly a review of Roxane Gay's collection of short fiction, it's more of a collection of my thoughts.  Since I decided that I was going to put together my own collection of short stories, I've been increasingly fascinated by the ins and outs of single author collections.  What holds the pieces together?  How well does the author manage to differentiate the different voices in the stories?  How do you have a huge impact in a very short space?

The premise of Difficult Women really intrigued me, right from the blurb which reads:

The women in these stories live lives of privilege and poverty, are in marriages both loving and haunted by past crimes or emotional blackmail.  A woman married to a twin pretends not to realise when her husband and his brother impersonate each other.  A stripper putting herself through college fends off the advances of an over-zealous customer.  A black engineer moves to Upper Michigan for a job and faces the malign curiosity of her colleagues and the difficulty of leaving her past behind.  From a girls' fight club to a wealthy subdivision in Florida where neighbours conform, compete and spy on each other, Gay gives voice to a chorus of unforgettable women in a haunting vision of modern America. 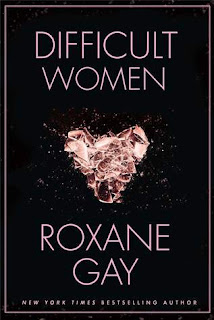 That is one spectacular sounding collection.  And herein lies the problem.

Try as I might to let these stories get under my skin, I just couldn't get into any of them.  In fact, I've abandoned the book after 100 pages, and I think I've read all of the stories hinted at in the blurb there, none of which were as interesting as the blurb made them sound like they would be.  Which is weird, when you think about it, because they are stories about really intense subjects like sexual assault, miscarriage, racism, love-- none of those subjects could be called pedestrian.  But each story had a distance to it.  They never really let the reader in.  Through a combination of structural experiments (such as in 'Florida', where the story was broken up into chunks according to which apartment we were glimpsing inside... some of which were in first person and some in third, which try as I might I could not see a reason for) and this detached, almost fable-style tone, the half dozen stories I read did nothing for me.  Which was a shame, because I was really looking forward to this book.

As a wordsmith, it's clear to see that Roxane Gay has a lot going for her, because there were some real gems of sentences in this book, but it wasn't enough.  So many books, so little time, and this one wasn't keeping my attention, so it was a DNF after 100 pages for me.
Labels: difficult women dnf hachette australia review roxane gay short fiction short stories