I don't know about all of you, but I find it somewhat frustrating when I go a while without finishing any books.  I've had writer's block lately, and I've also been reading really long fantasy novels that were recommended to me, so I actually was reading-- but it had started to feel like all I ever did was sit around watching television.  It's the Netflix curse.  It's far too easy to turn the TV on now and then realise a few hours later that you've forgotten to do vital things like wash clean clothes for the next day, or take a shower, or exercise.  (Just kidding.  You can't forget to do something you had no intention of doing in the first place... although I really should...)

Anyway, with the glorious prospect of a four day weekend ahead of me (thank you, Easter), I decided to hit the reset button, and set myself a reading challenge.  I was going to finish four books in four days.  Or, to be realistic, I knew that I could probably finish two books in that time, but that if I really loved the books I chose, I could probably make it to four.  So I aimed high.

It's been a great weekend.  Many cups of tea have been consumed.  In fact, I have had so many cups of tea this weekend that my boyfriend is sick of making them for me.  (He shouldn't make such delicious tea, then I wouldn't ask him all the time.)  I've eaten WAY too much chocolate (see above comment about exercise.)  And I've almost finished my fourth book.  I also have a slightly sore back from lazing around so much but I'm not going to dwell on that.

Here are the books I read over the long weekend.

Before they are Hanged by Joe Abercrombie

The last book in the the First Law trilogy.  This was a recommendation from the boyfriend, who loved these books he's devoured all three of these, plus the three companion novels, and is currently reading the recently released short story collection from the same universe.  Yep.  He loves them.  And I can see why.  There are a lot of tropes in fantasy, but Abercrombie's characterisation is complex and challenging, and it's not always true that you can see clearly who the good guys are and the bad guys are.  It's hard to guess any of the major plot points in these books but they've clearly been thought out.  I really enjoyed jumping out of my comfort zone and into the realm of epic fantasy... but gosh did these books take FOREVER to read.  Full disclosure, I was halfway through this book when I woke up Friday. 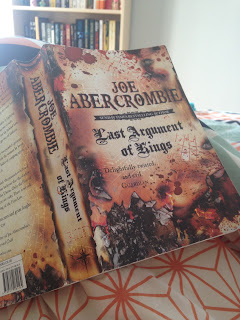 The Hidden Hours by Sara Foster

I think Sara Foster has really hit her stride with her last two novels, which were more firmly grounded in the thriller genre.  She's a master of making you turn the page, enticing her reading through a trail of breadcrumbs to keep going until the whole book has been read in a single sitting.  I loved that the premise of The Hidden Hours was a murder within the publishing industry, because it was that detail which made this reader who usually avoids crime novels pick up this book as soon as the library got it in stock (in fact, she may have asked the library to get it.)  Through a recent trend in domestic thrillers which feature a central character who is not a detective or part of the police, books like this are challenging the typical and frankly sometimes tired murder mystery genre, experimenting with unreliable, inexperienced and sometimes untrustworthy points of view to force the reader to take a more active role in the investigation.  Though the fact that Eleanor, the main character of The Hidden Hours, was unable to remember her part in the crime because of memory loss led me to think of The Girl on the Train, I relished the way that Foster used clever characterisation to flip notions of 'victim' and 'perpetrator' on their heads.  I definitely recommend you read this.  Make sure you have a whole day free. 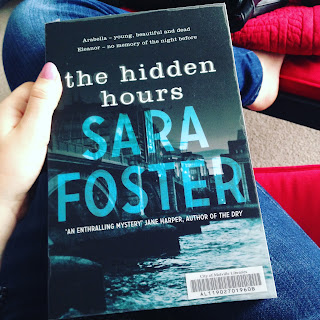 A YA/ Romance retelling of the 1001 Nights, The Wrath and the Dawn and it's sequel, The Rose and the Dagger tell the story of Shahrzad, who volunteers to wed the caliph of Khorasan, knowing full well that he murders his brides with a silver cord at dawn.  She enters the marriage intent on getting revenge for the murder of her best friend, Shiva, but discovers that there is more to the situation than meets the eye.  But can that ever excuse what has been done?  I've not finished the sequel yet, and I'll be back in the chair after this to do so, but what I love about these books is the way the elements of the setting and the culture have been gently braided into the narrative, the strength of Shahrzad as a character, and the effortless feel of the romance between the two main characters.  There are no heaving bosoms, there are very few cliches, and I completely believe that these characters belong together without the author having to lecture me about it.  She saves her words for more important parts of the plot.  I recommend if you're going to read book one, you have book two ready to go-- don't make the mistake I made, finishing book one when all the libraries and bookstores were out of your reach. 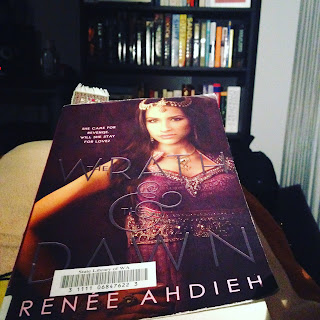 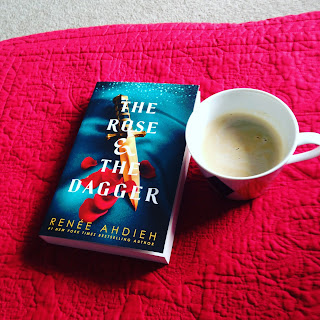 Now that I'm feeling nice and rested (and actually ready to go back to work... who knew!?), hopefully my writer's block will go away.
Here's hoping!
Labels: book review four day book binge joe abercrombie reading renee ahdieh sara foster the hidden hours the last argument of kings the rose and the dagger the wrath and the dawn wrap up