What Am I Working On? About Between the Sleepers 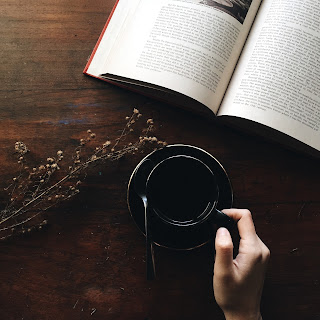 Between the Sleepers is a wrong side of the tracks love story with a twist.  It follows the story of working class Winston Keller, who falls in love with Sarah Willis, the daughter of a wealthy tycoon. Winston not only has to battle the differences between their social classes, but also the feud that has raged between the two families for a generation. In the midst of all this, World War II breaks out, and Winston finds himself working on the Thai-Burma Railway, while back home, Sarah must work out who she really is and what she really wants.

It would suit readers who enjoy the works of Deborah Burrows, or The Light Between Oceans by ML Stedman.

I've long been a lover of historical fiction.  I remember reading Kate Morton's The Shifting Fog for the first time and being totally blown away by it.  That book has always been a little bit magical to me.  As someone who loves history, the fact that great stories continue to be written which combine the past with the present in such a meaningful and exiting way, is something that makes me extremely happy.

I've been known to describe Between the Sleepers as what would happen if Richard Flanagan's The Narrow Road to the Deep North and Kate Morton's The Shifting Fog had a book-baby.  Those two novels would have to be the biggest influences on this particular work to date.  In writing Between the Sleepers, I've tried to be mindful of the deep reverence Flanagan showed for his subject matter and the scene setting and characterisation in Narrow Road, as well as integrating some of the romance and magic of The Shifting Fog.

Between the Sleepers begins in 1937 and ends in 1945.  It is the story of Winston Keller, a working class boy with artistic leanings, and Sarah Willis, whose father owns a cigarette factory and is doing quite well for himself.  The two meet at a dinner party and are drawn to one another despite the differences in their situation.  However, Sarah's father isn't particularly keen on the match, and when Winston goes to the Willis house to ask for Sarah's hand, he is sharply rebuffed.  Secrets from his father's past will come back to haunt him in this tale of love, endurance and growing up set in Fremantle, Western Australia.

Part of this book was written while I was Young Writer in Residence at the Katharine Susannah Prichard Writers' Centre in 2014, and the most recent reworking of the manuscript has been done as part of a mentorship with WA Writer, Annabel Smith.  An earlier draft of my novel was appraised by Deb Fitzpatrick, who wrote that ‘the strengths of this manuscript are many; the clever use of dialogue to reveal characters and keep the pace ticking along is perhaps my favourite.  The authentic detail you populate your scenes with is another.  You are also adept at describing ghastly events…’

This is a story that has taken hold of me and won't let go.  I began writing in in 2008 and have rewritten it so many times that I've lost count.  I hope one day I'll be able to share this book with all of you.
Labels: between the sleepers my writing pitch synopsis work in progress