The Long and Short of It

On writing both novels and short stories, and learning the differences between them

Let's be real here.  A short story is not the practice form that you need to master before you can go on and write novels. 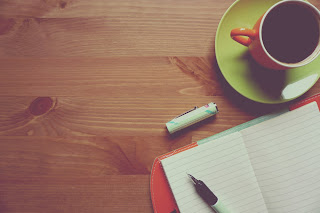 Sure, there are novelists out there who also write short stories.  And there are short story writers who also try their hands at novels.  Just look at George Saunders.  He's just published his first novel, Lincoln in the Bardo, and it went and won the Man Booker Prize.  Bravo, George, bravo.  (As a side note, it excites me that he's done this, because now maybe people who have discovered him through the prize will go and read his amazing short fiction.)  There are plenty of great writers who write both, and there are plenty of writers who stick to the one form.  But I can't think of a single one who cut their teeth on short stories, then worked up the courage to write a full-length novel and announced to themselves and the world "Okay, that's it-- I've hit the big time, now.  I've written a novel.  I don't need to work on short stories any more."

Firstly, anyone who does that, and whose name isn't JK Rowling would be a bit silly.  There is no 'Big Time' in writing.  The idea that our success is measured by the 'size' or the volume of sales we can achieve is a self-fulfilling prophecy for failure, because the publishing industry is one in which only a handful of authors ever make it 'big'.  Most authors, particularly in Australia, don't make enough money from book sales to support themselves.  If you want to know a bit more about how making money works as a writer, you can check out this excellent post by Annabel Smith about advances, the first part in a series about how authors make their money.

Secondly, I wonder what would make them think they have any control over it?  As someone who writes both novels and short stories, in my experience the idea itself always suggests what form it would like to be written in.  I'm not a spiritual person, so I am not talking about muses or divine intervention here.  But some ideas are more powerful in longer pieces and some are more powerful in 3000 words or less.  Some ideas, you actually have to sit down and try to write them before you realise that you've started in the wrong form.

Heck, maybe that idea you thought was going to be a novel was really an essay or a poem.  But you don't know until you start to play, and see the possibilities. 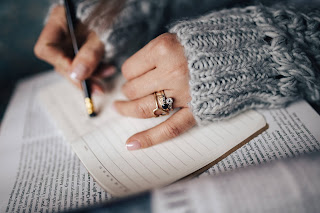 I've heard it said by many writers that short stories can be harder to write than novels.  I say it depends on the short story.  When I write a short story, often it's about an idea that's been obsessing me, or it brings together a bunch of ideas that I've been ruminating on in the back of my mind for a long time.  When I finally sit down at the keyboard, it all just comes out, and I write until I get to the end of the reserves of words that have built up.  Because I've been doing it for a while, the stories that I write often come out at between 2000 and 3000 words now, but when I first started, sometimes it would take me a lot more words to get to the heart of what I was trying to say.  That's where the revision comes in.  What is definitely true about the short story form is that it takes a different skill set to writing a novel.  You need to have a sense of economy in your word use.  3000 words is not a lot and some publications and competitions will actually give you less than that, so you cannot waste a single word.  Whatever it is you're trying to say, try to say it in the most economical way, but also the most interesting way that you can.  This applies to character development too.  We don't need to know what happened to your narrator on a foggy night back in mid-July, unless what happened on that night led directly to their actions and reactions in the piece you are writing.  But hey, it's good that you, the writer, know all of that backstory.  It helps your character and their voice explode onto the page and start in media res.

Short stories, like novels, have beginnings, middles and ends, but not necessarily in that order.  I once tried to write a short story completely backwards, scene by scene.  I never finished that piece -- it was about a disgruntled former employee throwing a rock through the window of a small business-- but that wasn't because it wasn't a good idea.  It was because I let the steam go out of my enthusiasm for the idea.  Maybe I'll try the backwards trick again some time.  I'm sure I wouldn't be the first person to.

The thing about the short story form is, I think, that once you discover you love it, it never lets you go.  It always astounds me when people say they don't like short stories.  'Short stories' is not a genre in the same way 'romance' is-- it's a genre in the same way 'fiction' is.  There are fantasy and science fiction short stories, realist short stories, Westerns, historical short stories, and there are even some kinds of short stories that meld non-fiction and memoir into the mix.  For people who think they don't like the form, I think the issue is that they haven't liked what they've read so far.  Like poetry, the short story can seem from the outside like an exclusive club.  You must be this smart to read.  And some of them really are in that hyper-literary vein-- there are certain writers who enjoy making the reading of their work an act of engagement.  But there are other writers who just want to entertain.  This is what I love most about short stories.  There is something for everyone, and you can read an entire narrative in the time it takes to finish your lunch hour.

When I work on longer pieces, compared to when I work on short stories, I feel like I am using my brain differently.  There is still an element of collecting ideas, bringing them together unconsciously until I am ready to write, but because the story arc must be a lot longer, I have to think more actively about the plot points I am going to use to get there.  The internal logic of a longer form piece has to be thought about.  The writer must keep track of multiple characters, multiple subplots, sometimes multiple timelines.  It takes a lot longer to finish that first draft.  For me, my first draft of a short story can take anywhere from an hour to a month.  For a novel, we're looking more at a year, but that could be because as an unpublished writer, I've never had to deliver a novel on a deadline. 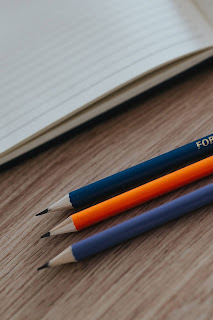 I don't plan my novels in the sense of plotting out every single scene, though I do have certain scenes I know I need to get to in order to tell the story that is begging to be told.  I do always know my ending, roughly.  But I never plan my short stories.  The ending will announce itself to me.  I will write a sentence, fully intending to write another one after it, but the sentence will say "Here I am.  Stop now."  This sense of performing a magic trick is another reason why I love short stories.

Any form you write in, if you practice it enough and with the right intentions, will teach you things about who you are as a writer, and each draft you do will make you a better writer.  Writing short stories doesn't prepare you to publish your breakout novel, but what it will do is teach you to love the sound of language and to use it deliberately.  To notice pertinent things.  To create large than life characters.  And-- as I am finding, as I return to short stories now that my novel rewrite is in the hands of beta readers-- it will help you feel the magic that makes you rush to the keyboard each day, to see what your brain has in store.

A reading list for those wishing to pick up a short story collection this week:

* The Weight of a Human Heart by Ryan O'Neill
* Feet to the Stars by Susan Midalia
* That Thing Around Your Neck by Chimamanda Ngozi Adichie
* The Interpreter of Maladies by Jhumpa Lahiri
* Bird Country by Claire Aman
Labels: my writing short stories writing writing craft