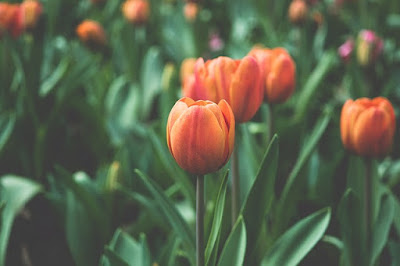 You may have noticed that this month, I have completely re-branded this website.

I loved my old blog, and I loved my pseudonym, but a few people had pointed out to me lately that it was time to move on.  I'm starting to make a bit of headway in the world of writing, and that means time for a real, proper, grown-up author page.

I'm not going to say that much more about it, but I do find it interesting that this coincides with the completion of the latest draft of my novel, Between the Sleepers.  While I've been working on this book for what amounts to something like ten years (though there were gaps to work on other projects in between drafts), the draft that I've just completed felt different.

That comes down, in large part, to the fact that I have been working with a local author who has mentored me through this stage of the project.  I had admitted to myself about a year ago that the book wasn't quite there yet, but that I didn't know how to push myself to that next level.  My female character was thoroughly unlikable to everyone but me, and there was so much melodrama in the storyline that it seemed a little bit like all of my characters were in bad need of an afternoon nap.  But I'd rewritten the thing ten times.  It was my "What do we do now?" moment, only it really felt like there was nothing I could do but shelve the project and move on to something else.

I tried that for a while, but the knowledge that I was throwing away a story I'd cared about for such a long time, and pretty much undoing all of the good work that I had put into it, including a residency at the Katharine Susannah Prichard Writers' Centre in 2014 just ate at me.  I started looking for help.  I looked at residencies, competitions, and finally, decided on the Australian Society of Authors Mentoring program, where I felt sure that out of the hundreds (possibly thousands) of applicants who put their work forward every year, that I was going to be selected, that I would get to work with someone like Toni Jordan, that my book would be easy to fix and that I'd find myself in the awkward position of deciding which major publishing house to sell to.

If that was the only reason I was in the writing game, perhaps giving up wouldn't have been such a bad idea...

I did not get the mentorship, but then again, neither did lots of other writers, all of whom probably were just as determined as I was.  They simply could not give a mentorship to every applicant.

It was while talking to a local author whose work I have admired for a long time that I mentioned this recent disappointment.  This generous person turned around and said that she would be happy to look at my work and perhaps mentor me through the process of another draft.  We worked out a payment that would be fair for the process and negotiated a time to start work that wouldn't clash with the Perth Writers' Festival.  And in February 2017, I handed over my printed and bound manuscript.

It's November now, and last week, I wrote the last missing scene and corrected the last few mistakes in the book, as per my mentor's notes.  I expected to cry, or feel elated.  Instead, I felt sure that there was more work to be done that I was forgetting about.  I checked and double checked.  No.  Nothing.  There was nothing to do but send the book to some friends for a beta-read.

I'm still in that bizarre, twilight space now where I don't know whether to relax and read the hundreds of books I have stacked around the place waiting for me, or to launch myself into my next project.  I keep thinking that an extra lot of edits will come my way.  But all that's left to do is wait.  (And do the dreaded synopsis...)

For now, it's done.  It's about 20 000 words longer than it used to be, and has some new sub-plots and character relationships which seemed to develop completely on their own, much to my pleasant surprise.  And I can say today, that I am very proud of the book I have created.

So to my mentor, thank you-- you have helped me rediscover my love of this project, when I didn't even realise that I had lost it.
Labels: between the sleepers drafting mentorship my writing on writing redrafting