Books set during World War One

Recently, it was beginning to bug me that I had read so many more books about World War Two than I had about World War One.  I don't mean non fiction because generally, I don't tend to read a lot of whole books from the non fictional side of life anyway.  But in fiction, I felt like this constituted a rather large gap in my reading, particularly for someone who identifies as a historical fiction writer.

I've just started sketching out ideas and scenes for a new book, and this one is going to be set between the years 1913, when my protagonist marries and 1921, when her husband (who was reported dead in 1916) is found to be suffering from amnesia and living in a private home in England.  Obviously as I have barely written any of this yet, these details may change.  I am now in what I like to think of as the 'woolgathering' phase of the drafting process, in which I read as much as I can to immerse myself in the mindset, and write snippets of scenes in my notebook.

For anyone else out there, who, like me thinks of World War One as a more sparsely populated fictional setting, here is a list of books I have set myself the challenge of reading.

The Secret Son by Jenny Ackland

Set between the early 1900s and the present day, this novel follows up on the premise: what if Ned Kelly had a secret son who fought at Gallipoli, and who stayed behind in Turkey after the war?  It's an interesting concept, and quite enjoyable to read. 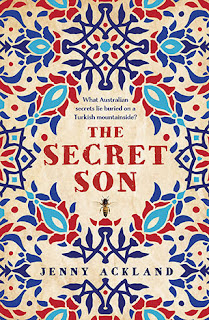 The Regeneration Trilogy by Pat Barker

The Lie by Helen Dunmore

A Letter from Italy and The Desert Nurse by Pamela Hart

The Desert Nurse will be released in June and I am really excited to read it.  Pamela Hart's historical novels are always extremely entertaining and well researched. 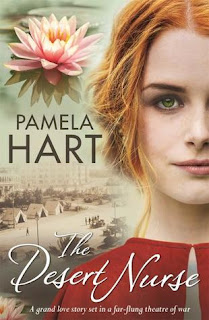 The Daughters of Mars by Tom Keneally

A Fortunate Life by AB Facey

Like most Western Australian readers, I've actually read this one before, but Fremantle Press are rejacketing the book this year and will be releasing an edition for younger readers.  It's a memoir, and shows in great detail what life was like in WA during that time.  I think it's time for a re-read... 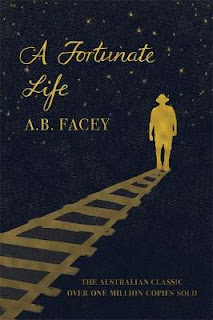 Thanks to Rosemary for the recommendation on this one-- it sounds amazing and I just saw that there is a copy in my local library.

Hettie, a dance instructress at the Palais, lives at home with her mother and her brother, mute and lost after his return from the war. One night, at work, she meets a wealthy, educated man and has reason to think he is as smitten with her as she is with him. Still there is something distracted about him, something she cannot reach...Evelyn works at the Pensions Exchange through which thousands of men have claimed benefits from wounds or debilitating distress. Embittered by her own loss, more and more estranged from her posh parents, she looks for solace in her adored brother who has not been the same since he returned from the front...Ada is beset by visions of her son on every street, convinced he is still alive. Helpless, her loving husband of 25 years has withdrawn from her. Then one day a young man appears at her door with notions to peddle, like hundreds of out of work veterans. But when he shows signs of being seriously disturbed—she recognizes the symptoms of "shell shock"—and utters the name of her son she is jolted to the core...


This is but a selection of some of the reading I will be doing over the next few months.  If you have a favourite book set during World War One, do let me know in the comments below, and in the meantime, happy reading!