Writing Update: Or, the month I got distracted by Plantagenet politics

The problem with being a history nerd is that there's a lot of historical time periods to get excited about. 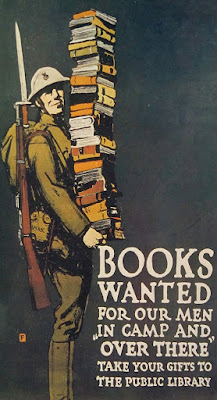 My current era of fascination is The Great War.  That's not a sentence I ever thought I would be saying, but here we are, three or four months in to the writing of Book Two and things are beginning to fall into place.  I have done all my usual little 'new book' things, like collaging the front cover of a spiral bound notebook, and purchasing/ borrowing from the library all the relevant books I could find.  I've been on Trove.  Gosh, that's a rabbit hole!

I had forgotten how unsettling it can be to begin writing a book set in a time you know nothing about.  It's a little like beginning to walk across a tightrope with no safety net.  One moment, you're off and travelling and the next, you come to a wobbly halt.  Hang on, you think, Can my characters be doing that?  Did that actually exist?  It's a stop-starty way to write a book, that's for sure.

Earlier in August, I happened across a story saved in my inbox from an online writing course I had done more than a year ago with Jen Campbell, a fabulous author and Youtube book reviewer based in the UK.  Jen's specialty is Fairy Tales, and in this course, she'd challenged us to try transposing a fairy tale into a different time period.  At the time, I'd been struggling through Conn Iggulden's Wars of the Roses novels, and I'd been struck by the image of King Henry the VI's illness being described as one of an unnatural slumber.  The two things came together, and I wrote half of a fairytale.

Yes, that's right.  I wrote half.  And then I abandoned the rest because the course was over and life was busy and all the usual excuses.

But there's nothing like being stuck on one writing project to reinvigorate you for another one, is there?  So I turned my attention to this story, sitting waiting in my email inbox for a couple of years, and I finished it.  But the process of finishing it sent me back down the road of a full on obsession with the Plantagenet era-- I read books on Margaret of Anjou, I watched Starz's adaptations of The White Queen and The White Princess and my Wikipedia search history is now filled with questions like "Was Perkin Warbeck really Richard of York"  and so on. 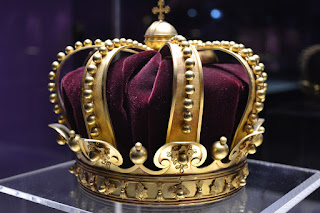 It's not that I've forgotten about my book... but I did take a really big detour.

Back to it in September.  It would be good to get a complete draft done by Christmas, but as the Masters degree is in full swing and I haven't decided if I am enrolling in anything for the summer session of classes, we will just have to wait and see... and read... and dream.
Labels: jen campbell my writing plantagenet research short stories snowflakes on rose petals the great war the plantagenets the turning tide world war one writing update