Q and A with Natasha Lester, author of The French Photographer 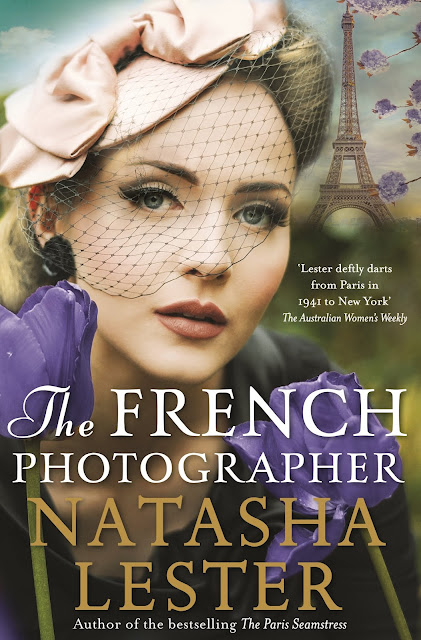 Inspired by the incredible true story of Lee Miller, Vogue model turned one of the first female war photojournalists, this is the new novel by the bestselling author of The Paris Seamstress.

Manhattan, Paris, 1942: When Jessica May's successful modelling career is abruptly cut short, she is assigned to the war in Europe as a photojournalist for Vogue. But when she arrives the army men make her life as difficult as possible. Three friendships change that: journalist Martha Gellhorn encourages Jess to bend the rules, paratrooper Dan Hallworth takes her to places to shoot pictures and write stories that matter, and a little girl, Victorine, who has grown up in a field hospital, shows her love. But success comes at a price.
France, 2005: Australian curator D'Arcy Hallworth arrives at a beautiful chateau to manage a famous collection of photographs. What begins as just another job becomes far more disquieting as D'Arcy uncovers the true identity of the mysterious photographer -- and realises that she is connected to D'Arcy's own mother, Victorine.

Crossing a war-torn Europe from Italy to France, THE FRENCH PHOTOGRAPHER is a story of courage, family and forgiveness.


I was lucky enough to be offered the opportunity to take part in the Blog Tour for The French Photographer which meant I got to read an advanced copy of this wonderful novel, and think up some questions for WA author, Natasha Lester, about the writing of the book, the characters, and the history behind it all. Here is what Natasha had to say...

EP:  The French Photographer sees you returning to the dual-timeline narrative, something that you also did in your previous novel, The Paris Seamstress. We’re now at a point in time where, if your characters historically are alive during the Second World War, the other timeline has to be somewhere around the early 2000s—what were some of the challenges you came up against when you were writing about 2004, with regard to the availability of technology and so on, and were these harder or easier to write through than the challenges of writing about the 1940s?

NL: The main issue was actually trying to recall the technology limitations of 2004! As my character does need to do a bit of internet searching in her quest for answers, I had to remember that there was no wifi and she would need to plug her laptop into a modem and that phones didn’t generally do anything more than make calls. But those were relatively easy to address; I would definitely say that writing about the 1940s was harder because I had to question every word and phrase - would a character really say this back then, when was this particular word first used etc.

EP: There have been a number of heroines in your books who have been somehow involved in fashion and the arts—first Leo with her cosmetics company in Her Mother’s Secret, then Estella in The Paris Seamstress and now Jessica in your new book, The French Photographer. Where does your interest in this area come from?

NL: I think art just naturally inspires other art. I find fashion to be beautiful and as artistic as any painting. It refills my creative well. Equally, other art forms do the same; I love everything from ballet to sculpture so I draw on those things when I’m writing. I have always been interested in the arts, even as a child. I was a terrible athlete so thankfully I found something else to engage me!

EP: You also have an art handler in your most recent book, D’Arcy, whose job it is to escort some photographs that have been offered to an Australian gallery safely back from France. Do you see your role as a writer of history as a little bit like that of an exhibition curator, in terms of the need to order and frame historical events in order to tell a meaningful story about the past?

NL: I guess, for me, it’s more instinctive than that. I was warned years ago, by a very clever person, to not think about theme too much and focus instead on story. So that means I just throw myself into the characters and the story. But then I usually find so many things in the research that outrage me, as I did when writing The French Photographer. It’s that outrage, a strong need to show everyone what happened to women in history and how they fought against it and sometimes won and sometimes lost, that drives me. The important thing for me is that the frame then be applied to contemporary life so we can see, not just how far we’ve come, but how far we still have to go.

EP: All of your main characters have been women who fight against the constraints put upon their sex by the conventions of their time, and this is especially so for Jess as she is uniquely placed as a female war correspondent to see through the patriotic narrative about men and war, and notice the rampant sexual harassment at play—is it difficult to write a character like Jess who is still of her time, without giving her too much insight into what comes after in the real world?

NL: I didn’t find it hard with Jess because she was, as I say in the back of the book, a rare gift from the writing muse. She really did come to me almost fully formed and didn’t require the same amount of effort to get onto the page as other characters did. This was just as well, because plenty of other parts of the book took all that effort! So, because I really felt like I was inside her when I was writing, I was always seeing through her eyes and hearing her voice, which was different to my voice and different to my eyes. I think that perhaps helped with not giving her too much foresight.

EP; I think the most powerful historical fiction gives us parallels to today that make us see things more clearly—what connections do you see between the sexism Jessica May faces in the book and the world of today?  Do you think that your writing of this book was in any way spurred on by the events of the last few years surrounding women’s struggles for equality in professional fields, and speaking out about sexual harassment and discrimination?

NL: It’s interesting isn’t it? #metoo really began in October 2017 and I submitted this book to my publisher in November 2017, so I had written it all before #metoo began. Then as #metoo unfolded, I couldn’t help but see all the parallels between what Jess faced and what women still face nearly eighty years later. It was maddening and saddening to see that so much hasn’t changed. I think, as a woman, I’ve experienced enough discrimination and harassment in my working life, having worked in accounting firms, engineering firms and advertising agencies, that these types of issues were already ideas that I wanted to explore in fiction.

EP: In this novel you were working with real figures—not only with Lee Miller, who was the inspiration for Jessica May, but also with people you used as characters such as Martha Gellhorn. Was this the first time you had worked with characters who had really lived? What were some of the challenges associated with this?

NL: I have always had a few characters in my novels who are real people. Elizabeth Hawes and Harry Thaw in The Paris Seamstress, for example, but I used real people much more in The French Photographer than I have done in the past. And that was primarily because, as I read about each of these brilliant female correspondents, what they faced and how they fought, I wanted desperately to write about each one of them because they were all so inspiring. In terms of challenges, real people aren’t always where you need them to be at the right time, so that was the main issue, especially as I was constructing a narrative where time needed to both move on and make sense. So, sometimes I would find myself not being able to include a character in a particular scene because it just wouldn’t have fitted with what happened. If I do fudge the facts of history, which I try not to do very often, I note this in the back of the book so readers can see what is real and what isn’t. 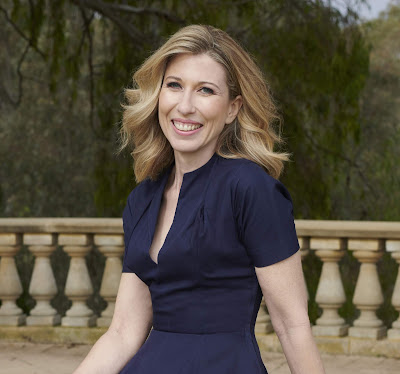 EP:  Can you tell me a little bit about what you discovered about the American Paratroopers and what they did in the Second World War during your research?

NL: They were amazing men and I loved writing Dan Hallworth’s character in the book as one of these men. WWII was the first time paratroopers had been used by the US Army and they were a group of specially trained men who were sent in to enemy territory first to secure strategic points, which would then help an incoming invasion force. So the men would jump out of planes over enemy territory and drop to the ground carrying 80kg of equipment - some of the younger men didn’t even weigh that much. And planes aren’t quiet things so they were often shot at in the sky as they were coming down, many of them dying before they’d even seen battle. If they did make it to the ground, they’d have to find the rest of their company, and then accomplish their mission, all the while knowing that if they didn’t, the huge invasion fleet coming in behind them would fail. In their hands lay the fate of the free world in June 1944 as they were dropped all over Normandy in the early hours of the morning on D Day before the troopships arrived.

EP: Your second main character, D’Arcy, has a love of vintage clothes—how does this relate to your own project, My Year of Vintage?

NL: She just struck me as the kind of person who would wear vintage fashion, and it allowed me to indulge my passion for vintage clothes, so it was lots of fun to write!

EP: They say that you should always try to write the kinds of books you most like to read—the dual historical narrative is a style that brings to mind writers like Kate Morton, but who else is a must-read historical fiction author for you?

EP: Will you be returning to France in your next novel? And would you ever write a novel about Australian history?

NL: Yes, back to France for The Dior Legacy, my next book. This one does have an Australian history backstory woven in, to do with Dior, as he actually had quite a strong connection with Australia, which I hope readers will enjoy.

Thank you very much to Natasha Lester for taking the time to answer these questions, which I hope have whetted your appetites to rush out and track down a copy of The French Photographer.  It's in all good bookstores this week.