Book Spotlight- After the Party by Cassie Hamer

I first came across Cassie Hamer's work when some of her short fiction was published in a couple of the Margaret River Press anthologies. As well as being a fantastic short story writer, Cassie also has a great blog, and as of earlier this year, a novel called After the Party, which I just inhaled over a few days of reading. It brought to my mind comparisons to Liane Moriarty's work circa the Big Little Lies era, and combined the day to day playground politics of parenting with a high stakes plot in a very entertaining way.  I thought I would invite Cassie to come and have a chat about her book, and she very kindly agreed, so without any further ado, here's what she had to say... 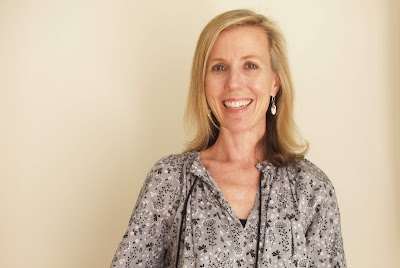 1. Welcome to the blog, Cassie! First of all, can you tell us a little bit about your book, After the Party?
Thank you so much, Emily, for having me. I love what you've done with the place...

So - After the Party begins with a fifth birthday party that goes terribly, horribly badly. Firstly, the mum, Lisa, has made the rookie error of inviting the whole class of 32 kids. Then, on the day of the party, she unintentionally wakes up late and things go rapidly downhill. There's a smashed cake, burnt sausage rolls, an unfortunate encounter with a mixmaster and a unicorn pinata that turns into a scene from Lord of the Flies.
Eventually the party ends and as the kids go home, Lisa assumes she's in the clear.
Not quite. There's one guest left - a little girl, Ellie, who Lisa discovers hiding in the dog kennel.  At first, she reasons that Ellie's mum is simply running late, but then she opens a mysterious note that reveals she has no intention of coming at all.

2. When did you first decide that you wanted to be a writer? When did you first discover your love of books? What is your favourite book at the moment?
I can't remember a time when I didn't love to read. My parents were always telling me to get my nose out of a book. I was that kid. But the idea of becoming a writer really didn't strike me until after the birth of my first child when I was 32. I'd been a TV journalist in my 20s but being an author seemed far too unrealistic. 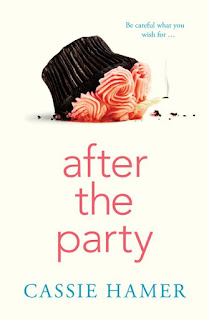 3. What was the first thing you ever got published? Could you tell us a little bit about that experience?
Ha! Well, funny you ask as I've recently tracked down my first creative publication - a poem, printed in Dance Australia magazine when I was 12 years old. At that time, I clearly loved adjectives and weird verbs.

A full 26 years later, I Margaret River Press published my story 'The Life in Her Hands' in the anthology The Trouble With Flying. The story is about a woman, struggling with new motherhood and while the events were in no way autobiographical, it certainly was triggered by some of my own, complex feelings around my babies.

The experience of being published was thrilling. It's such a solid, tangible realisation of creativity - something that can never be taken away from you.

4. Where did the idea for After the Party come from?
I have three children and a love/hate relationship with their birthdays. Here's the truth - all kids' birthday parties teeter on the edge of disaster. It's such a combustible mix of high emotion, win/lose games, and excessive sugar. I always breathe a huge sigh of relief when that last child leaves. But after one, particularly frantic party, I thought to myself - but what if that last child never left? That was the beginnings of the story..

5. What was the process of writing it like? How did you go about getting it published?
Writing it was a blast! I gave myself six months to bust out a first draft, writing three days a week while all the kids were in care/school. I'd previously written two other manuscripts which were sad and serious - what I thought I should be writing. For After the Party, I gave myself permission to have fun.

In comparison, the process of trying to get it published was torture - a tale of near endless rejection until that magic YES from Harlequin. An editorial assistant, Johanna, picked it up from the slush pile and if I were going to have a fourth child, I would name it after her.
6. Your book tackles the tricky subject of parents behaving badly at kids’ birthday parties— namely by not staying to help supervise at a kid’s birthday party, which conjures up comparisons with Liane Moriarty’s Big Little Lies. What made you want to explore the field of playground politics, and what other authors do you think your work sits alongside?

When my kids started school, I'm not sure who was more nervous - probably me! But it's interesting how those old insecurities come back to the surface. I've now made some brilliant friends, but still now, get a little prickle as I approach those school gates and wonder if anyone will want to talk to me. I suppose that's why it's such brilliant fodder for fiction. Much as we'd love to believe that adults really should have their sh*t together by the time their kids start school, the reality is that we don't.

I hyperventilate when my name gets mentioned within fifty yards of Liane Moriarty's. I am not worthy. And, I'm generally not great at making comparisons of my work to other's. But - if you ask me which authors I admire - I can reel off a huge list of Aussie women writers such as Rachael Johns, Sally Hepworth, Natasha Lester, Josephine Moon, Jane Harper, Melina Marchetta, Melanie Cheng... and I could go on and on.

We're in a golden age of Australian women authors. I firmly believe that and I'm delighted to be playing my small part in it.
7. Are you working on something now? What (if anything) can you tell us about it? Are you superstitious about talking about upcoming work? Do you already have a contract for your next book?
Not superstitious at all! I spend so much solo time writing that it's actually a pleasure to talk about works in progress, and also helps me know if the premise will appeal to others. So, in that spirit, I'm happy to say the second book is contracted to Harlequin and due for publication in March next year. It's a neighbourhood drama - a bit like that early 2000s hit TV show Desperate Housewives, but minus the dead bodies. My publisher is reading it at present. Fingers crossed that she likes it!
8. What is something surprising that your readers might not know about you?
I hate cucumber, I have a small tattoo on my ankle, and I'm completely inflexible (physically, that is).

I hope this has piqued your interest! After the Party is published by Harlequin and should be available through all good bookstores.
Labels: after the party australian fiction australian women writers book recommendations book spotlight cassie hamer interview liane moriarty