Book Review: A Lifetime of Impossible Days by Tabitha Bird

A Lifetime of Impossible Days

Tabitha Bird
Penguin Books (Viking) 2019
My copy provided by the author in exchange for a review. 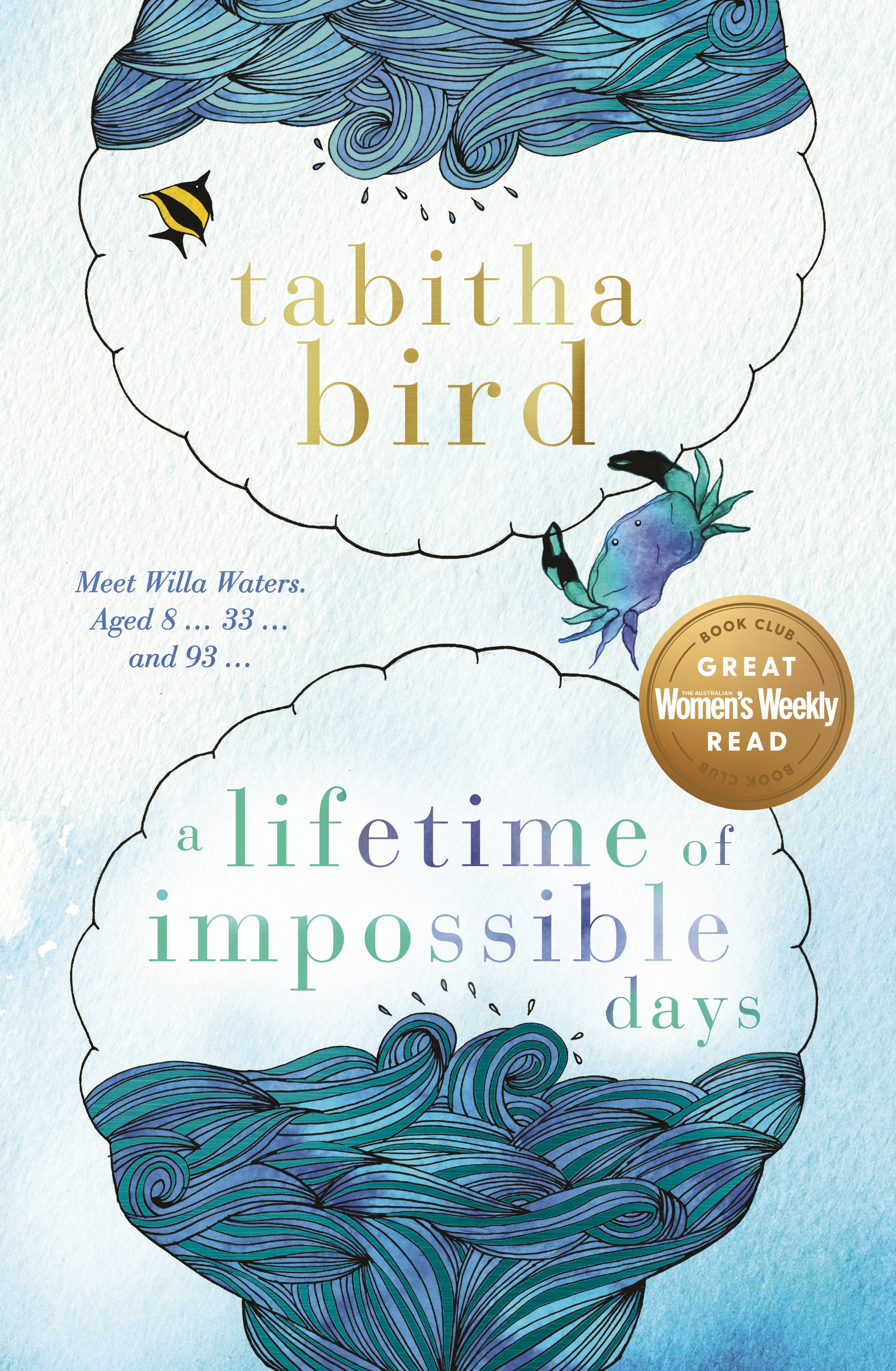 While on the outside, A Lifetime of Impossible Days is a cheerful shade of sky blue, the contents of the book tell a darker story, more akin with last year's stellar debut The Lost Flowers of Alice Hart.

The book begins with Willa Waters, aged 93. Willa keeps a list of things she knows for sure and item number one instructs her to mail two parcels on the 1st of June 2050. The first parcel is addressed to someone in the year 1965, and the second to a recipient in 1992. Those recipients are Willa herself at different points in the timeline and the contents of the parcel will change the course of Willa's life-- all three of her.

This charming, unusual time-slip novel looks at the power of humans to overcome tragedy through love in a highly original way, and explores the extended metaphor of self-forgiveness by literally giving the protagonist, Willa, the chance to meet and forgive her self at another point in time. If you think this idea has the potential to be a little twee, you clearly haven't read it yet.

Each of the Willa's is united in the essential things that make her who she is, but along the way, different traits develop or are outgrown. For Super Gumboots Willa, aged 8, it is her imagination and her indomitable spirit that make her unwittingly wise beyond her years. Even at an extremely young age, Willa is a hero to be admired and the best big sister any child could hope for. At 33, Willa has had the stuffing knocked out of her a little bit by life but she's found more steady ground in the guise of her husband Sam. Middle Willa, as she is dubbed by the others, is at a crossroads that could change everything and it is her timeline with the most at stake. But it is Silver Willa, aged 93, with her list of fabulous words, her collection of gumboots and her determination to stay out of the 'Plastic Sheet Home' who really steals the show.

The darkness at the heart of the conflict at A Lifetime of Impossible Days is not named until late in the novel, but the sense of menace it brings is present from early on. Tabitha Bird does an excellent job of focussing on the power of love and family and friendship to help us through trauma, rather than letting the trauma itself drag the novel into a dark and (unfortunately) well-trodden path. There is a lot going on in this novel, however, and not all of the subplot threads are resolved by the end of the book.

Told in the three voices of Willa at various points in life, the story moves along at a fast pace, keeping you keen to turn the pages and perhaps to eat jam drops if you're culinary by nature. There is a lot to love in the book, from the relationship between Willa and Grammy-- and their midnight tea parties-- to the Willa's assertion that tea is good for the soul, to a tiny chihuahua pup named 'Frog'. One gets the impression that Tabitha Bird truly has taken the advice of a good writing teacher and truly written the kind of book she would love to read, and her joy shines through.

This is by no means a light and fluffy book, and it WILL make you cry even if you say you are determined not to let it.