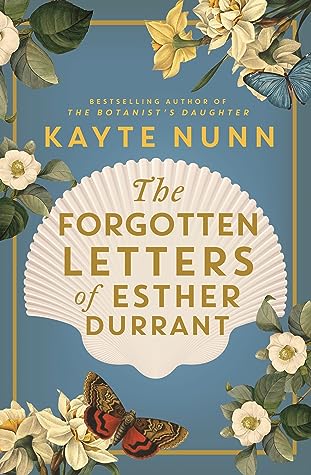 Unfortunately, the novels three timelines mean that little time is spent developing the characters and their stories before the plot switches to another viewpoint. Esther's point of view is the most well-fleshed out of the story, and Nunn does an excellent job of creating the remote island setting for her asylum. But there is a sense that we as readers only get to skim the surface of what could be a rich topic, and one that is close to the author's own family history. Esther is committed to the asylum by her husband John, who has to trick her into accompanying him to the isle of Little Embers in the first place. Gradually, it is revealed that Esther is suffering from depression after the death of her second child (and was probably suffering from post natal depression before that), and that she is harbouring a 'great and terrible secret'. The payoff of this secret, when it is revealed, does not have the impact that it should, and neither does the romance that begins to develop between Esther and one of the people she meets on the island. Had more time been devoted to scenes in this timeline and setting, the story certainly had the potential to be an excellent one, but as it was, it was merely so so.

Things begin to get interesting when serial loner, Rachel, is shipwrecked on Little Embers during a storm and must wait for a supply boat in the company of reclusive artist, Leah. It is on the island that she find the eponymous lost letters, and becomes determined to find out who they were for and why they were never sent. But Rachel, who is notoriously unromantic, goes after this issue like a dog with a bone and it just doesn't make sense.

It's unusual for a book of this genre to have 3 timelines, let alone two that happen in the same year. I think it was the inclusion of Eve's timeline-- which didn't really have a fleshed out plot arc-- which derailed the rest of the story, and took time away from developing the stories in the other two.

On top of this, the language used throughout the historical portion of the novel is overly formal and quite stilted, presumably in an effort to make the book read as historical, but this has the effect of holding the reader at arms length. Add to this the occasional clumsy phrasing and the baffling habit of ending scenes in places that feel unfinished, and the result is a book that doesn't live up to its potential, or to the potential of the author's previous book.

I really wanted to like this book, and perhaps I am the only one who feels this disappointed by the novel, but I had to give The Forgotten Letters of Esther Durrant 2.5 stars.
Labels: australian book review book review historical fiction