The book that I'm publishing and how it snuck up on me... 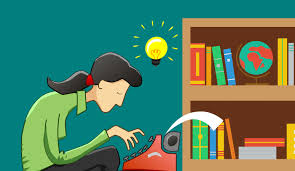 In a few weeks, a book with my name on it will be available for pre-order. It has a cover now (not that I am allowed to show anyone yet) and it's been copyedited and rewritten and it's ready for the world to read. But it's not the book that I thought would be my first.

I've always thought of myself as a novelist. I wrote my first 'novel' in high school, a 30 000 word novella called 'Quoting Shakespeare' which was about what I realise now was a toxic friendship between a girl with a strong personality, and my main character, a girl who would do anything to be liked. I did not know what I was doing, but I enjoyed doing it. I printed pages off as I went and displayed them in a folder, harking back to the days when I used to run my own 'publishing house' in my bedroom as a child and design covers for all my short stories. A few years later, I wrote a 50 000 word 'novel' called 'Invisible Girl' which I suppose was urban fantasy, seeing as my protagonist discovered she was working for a benevolent devil when he magically swapped her life with her sister's to help the two of them gain some perspective. I was really proud of this book. I printed it off multiple times, and gave a copy of it to the librarian from my primary school to read. She'd always been really supportive of my writing. I also sent it to Fremantle Press, hoping they would publish it. I bet they're still laughing.

After a trip to Japan in 2008, inspiration struck and I began writing the novel that would become 'Between the Sleepers'. I've now re-written this book eleven times (I think... it's hard to keep track). I've taken it to a residency at KSP, entered it in unpublished manuscript awards, and pitched it to a few agents. And I really thought that this was going to be it. My first book.

Short stories have been the thing that have kept me sane in between the writing of all these novels (and there are three I haven't even mentioned in this post, so I guess I'm prolific). They're also the thing that have given me the chance to flex my creative muscles and discover that this is actually something I can do. When I first got accepted into a literary magazine, I felt relieved. The voice in my head that was saying I wasn't a writer just because I enjoyed writing was wrong. It was that self doubt monster and now I could tell it to go away with confidence. At the first annual Australian Short Story Festival, sitting on a train on my way to the second day of sessions, I thought to myself "I want to do this. I want to have a collection of short stories." A little while later, when Caroline Wood from Margaret River Press asked me if I had a collection of short stories that might be ready for publication, I said yes.

The manuscript that would become Well Behaved Women was not quite ready, and the board rejected it (kindly). Yet that wasn't the end of the road. Caroline was putting in an application for funding to run a mentoring program for three writers who had been published in previous MRP anthologies. She needed writing samples, a letter of recommendation and time. Who would I like to be mentored by? I gave her the information she needed and then I went back to tinkering with 'Between the Sleepers', garnering yet another rejection from an agent I'd set my heart on. And one day in December last year, I got a text message from my friend, Louise Allan, congratulating me on the publication announcement that I had supposedly kept up my sleeve.

This is what I mean when I say that Well Behaved Women being my first book is a bit of a surprise to me. But in many ways, it shouldn't be. The short story form speaks to me, and I've spent painstaking hours honing this craft. I've read widely, I've studied deeply. I'm a person who finds the short story form powerful and moving, and I get excited when I see the number of new collections being published in Australia at the moment. I actually think that short stories are harder to write than novels, though novels may be harder to get published as it turns out. In my case, anyway. The collection, when I finally get to share it with you all, is an archive of my writing life so far, spanning the ten years since I 'decided to give this writing thing a go for real'. It showcases my anxieties, pre-occupations, and sometimes my taste in music. And while it means that I've had to add 'writer of short stories' to my bio in front of 'and historical fiction', I think I'm okay with that.

Because this book that snuck up on me is one that I'm really really proud of.
Labels: between the sleepers countdown to October journey to a book margaret river press my books short stories well behaved women well-behaved women