This review originally appeared on the AU review on May 1 2020. 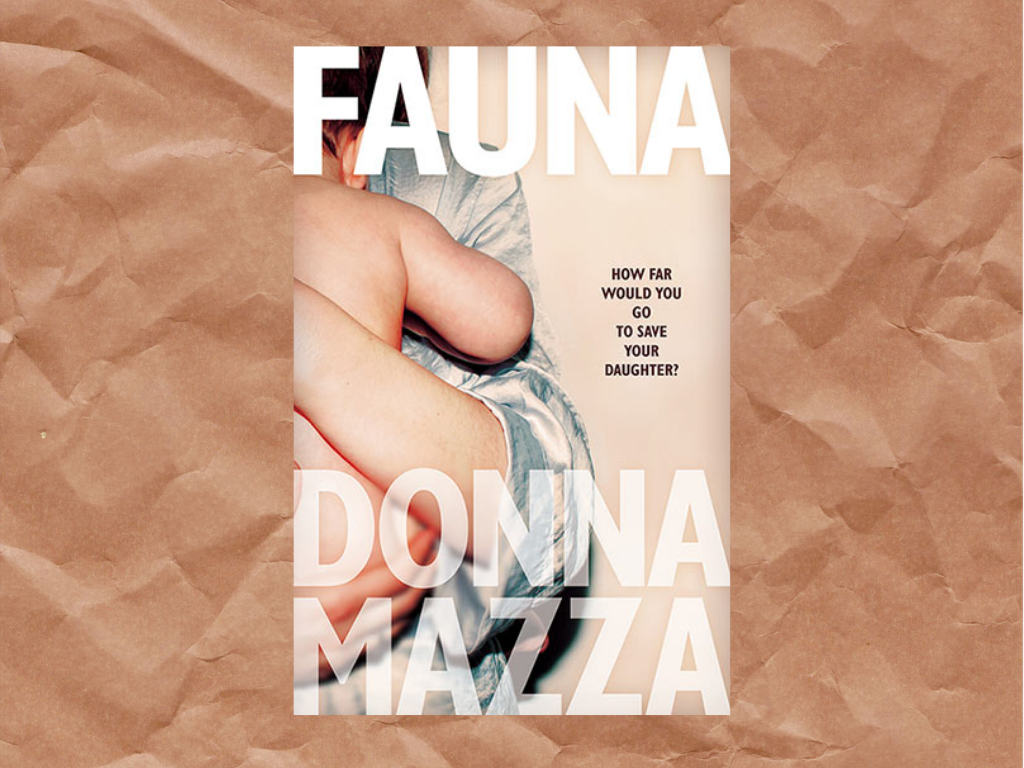 It’s been thirteen years since WA writer, Donna Mazza, won the prestigious City of Fremantle T.A.G. Hungerford award for her novel, The Albanian. But her second book, Fauna, out earlier this year through Allen and Unwin was certainly worth the wait. Set in 2037, in an Australia which shows only subtle differences from our own, this chilling story about motherhood, love and genetics is near impossible to put down.

Fauna is the story of Stacey and her family– husband Isak, daughter Emmy and son Jake. When we meet them, they have just agreed to take part in a genetic experiment run by an efficient, secretive, and slightly sinister company known as LifeBLOOD. Stacey, who has recently lost her third child in a late stage miscarriage, has a background interest in archaeology and anthropology. But, is more motivated by her desire to have another child, and to help her family financially. When we meet them they are living paycheck to paycheck, and could not afford IVF any other way. However, when the book opens, already a couple of weeks past the implantation of the blastocyst, Stacey is starting to have some second thoughts and Isak’s reticence, and his mistrust of the LifeBLOOD doctors isn’t helping.

LifeBLOOD isn’t just any IVF clinic. They are running studies in experimental genetics, and Stacey and Isak’s child is one of their test subjects. Its cells have been edited– and just how much, Stacey isn’t really sure.

As Stacey’s pregnancy progresses, and the extent of LifeBLOOD’s intended involvement in their future lives (admittedly made more comfortable through the company’s generosity) becomes clear, Stacey might just realise that she’s made a huge mistake. Yet, she is already connected to her child, and it’s too late to go back, leading the reader towards the answer to a question that has been posed on the cover of the book. How far would you go to save your daughter?

Fauna takes some of the best aspects of today’s bestselling domestic dramas and blends them with gentle, literary prose, making for a smart, emotional read. It is Mazza’s tight control over her cast of characters, however, which really makes the book sing. She expertly captures the tension between Stacey and Isak, as Stacey’s mental state is affected by her connection to the child and her anxiety over the actions of the doctors around her. Isak, who is more pragmatic, feels Stacey changing through the process and pulling away from the family. Yet as the book is told from Stacey’s point of view, at times it is Isak who seems to be the one pulling away. The result is a nuanced portrait of a marriage tested by trauma, and of two very real human beings who are completely out of their depth.

There is just enough scientific talk in this novel to make it feel plausible, but not so much that the book actually feels like science fiction. Instead, the world created is so eerily close to our own, that it makes the reader wonder if experiments like this could really be happening somewhere in secret.

Fauna is a compelling read and a triumphant return for an award winning Australian writer.