Book Review: This Taste for Silence by Amanda O'Callaghan 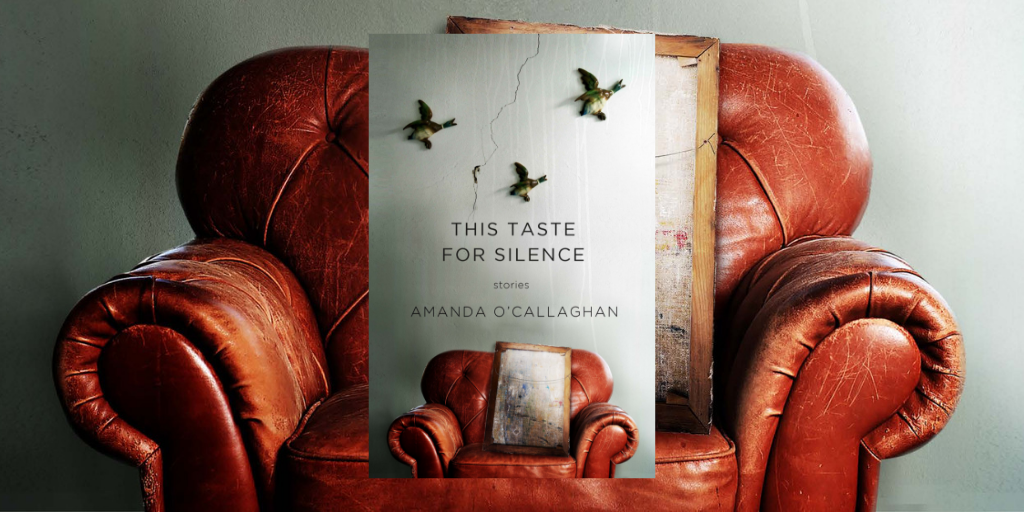 The body count is high in Amanda O’Callaghan’s debut short story collection, This Taste for Silence. From the very first story, death, murder and unexplained disappearances emerge as a dominant theme in this collection which has been described by Ryan O’Neill as ‘utterly haunting.’

Brisbane-based author O’Callaghan is an internationally acclaimed writer of short (and very short) fiction, with shortlistings in the Carmel Bird Award, the Bristol Short Story Prize and more. This Taste for Silence gathers together stories written over a number of years, and the list of previous publications for each of the stories at the back of the book speaks to years of hard work writing, revising and submitting work to competitions and publications all over the world. The end result is an accomplished and cohesive collection which has been artfully arranged for devouring in a sitting or eking out over a number of days in order to savour the carefully crafted prose.

The twenty-one stories in the collection vary in length, from flash fiction pieces such as “The News”, which barely takes up a page in this B-Format paperback, to the longer short stories, such as “New Skins” and “The Painting.” Aside from their macabre fascination with the darker sides to human relationships, the stories also share a suburban focus, and chart the lives of characters from all sorts of backgrounds just trying to get along with their siblings, neighbours, partners and strangers.

The opening story, “A Widow’s Snow” strikes a strange cord, taking a deeper dive, perhaps, into the subtext of the old Christmas song “Baby it’s Cold Outside” and some of the sinister implications that could be applied to it. The widow in question, Maureen, finds her date with antiques dealer, Roger, stretched out far longer than either of them had planned when they are snowed in. The forced intimacy of the situation soon leads to secrets being shared. The story sets a strange tone for the rest of the collection, as it seems divorced from a familiar setting, seeming to take place in a snowier country than Australia, yet giving no clues as to the nationality of the actual location.

Likewise, the closing story “The Painting” also feels like an outlier, mixing in elements of history and a little bit of the supernatural in a story involving a family heirloom that seems to magically record one family’s losses over hundreds of years. While both stories are accomplished pieces, they bookend the rest of the stories in a slightly jarring manner.

Notable standouts in the collection include “The Turn”, in which a man reflects on the disappearance of his wife a number of years before. The matter of fact voice of the narrative plays with the subject matter as the speaker tells us more and more of the disturbing elements of the plot. “New Skins” has the feel of a short story that could be expanded into a compelling novel, but O’Callaghan does a wonderful job of wrestling its many threads into just a couple of thousand words. In a small town gripped by a recent tragedy, Des and Rosemary watch their neighbour’s young son, Vincent, who begins to spend more and more time at their house, and begin to suspect that something may be off about his living situation. In “Things” a woman is forced to confront the way that others see her accumulated possessions as something unhealthy and unnatural when they are accidentally revealed to a new acquaintance.

The power in This Taste for Silence comes from the simplicity and playfulness of the prose. As a writer, O’Callaghan is observant and insightful, and she renders human relationships on the page with ease. This is an accomplished collection, and one that fans of the short story form are sure to enjoy.