Most Anticipated Reads of 2021

It's that time of year again... the doldrums between Christmas and New Year (which I heard someone describe the other day as 'Betwixtmas') when no one really knows what day of the week it is, and people start making plans for self-improvement as if such tasks can only be undertaken in January.

Don't get me wrong, I love making lists. I love setting goals. Most importantly, I love planning my reading year and looking at publishers' websites and blogs and vlogs and whatnot so that I can make myself a list of the most anticipated books for the coming year. I've done just that, and today I thought I would share some of my excitement with you! 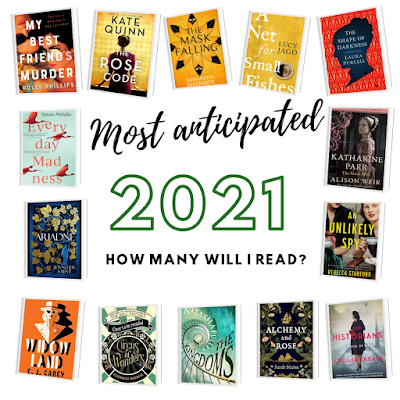