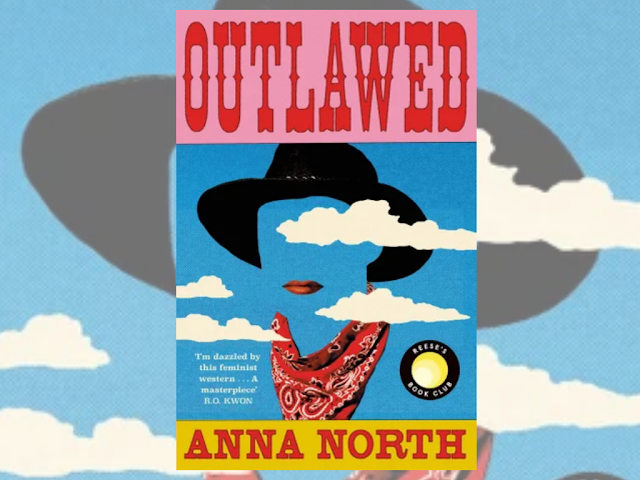 There are few things that will turn a woman to becoming an outlaw faster than the threat of being hanged as a witch.

So it is for Ada, the protagonist of Anna North's latest novel, Outlawed. Described as a mash up of The Handmaid's Tale with Butch Cassidy and the Sundance Kid, Outlawed takes place in 'the year of our Lord, 1894' in an America which is like the one we know, and not. After a Great Flu has decimated the population, fertility is prized above all else, with women who are able to bear healthy babies earning themselves privileged statuses in society- though still not above the men. Women who have had multiple children are permitted to leave abusive husbands. Women who have had five or more children are left largely alone. But women who cannot conceive- women who are deemed barren- are witches and are blamed for all the misfortune which befalls other women in their town. They are hanged, or put in stocks, or jailed for life.

Ada, a midwife's daughter, knows that witchcraft isn't real and that these are dangerous superstitions. But when her dream marriage doesn't bear fruit, she begins to fear for her life. Fleeing to a convent, and then onwards to join the notorious Hole in the Wall gang, Ada must leave everything she knows and loves if she wants to live.

Outlawed takes the genre of the Western- a traditionally masculine arena- and turns it on its head. The characters that make up the Hole in the Wall gang eschew the traditional gender roles that have been prescribed for them, and take back their autonomy at gunpoint, robbing stage coaches and rustling cattle. Looking at her society from the outside, Ada is forced to question some of the assumptions she's held her whole life about what is right, what is wrong and about who she really is. At the centre of the gang is a character called only The Kid. They are enigmatic in almost the same way as a cult leader, and the more Ada learns about them, the more she is able to truly understand the world.

Like other feminist novels before it, Outlawed presents a made up scenario which at first seems far-fetched, but on closer examination, has many parallels to the real world. Ada, upon discovering the works of a midwife named Alice Schaeffer, begins to believe that there is some hope to educate the world about how fertility works, and to restore equality to the world. But there are other forces at work.  A travelling preacher who blames infertility on the mixing of races exists at the periphery of this novel, and the gathering of disciples around this hateful viewpoint foreshadows that things could get much worse rather than better.