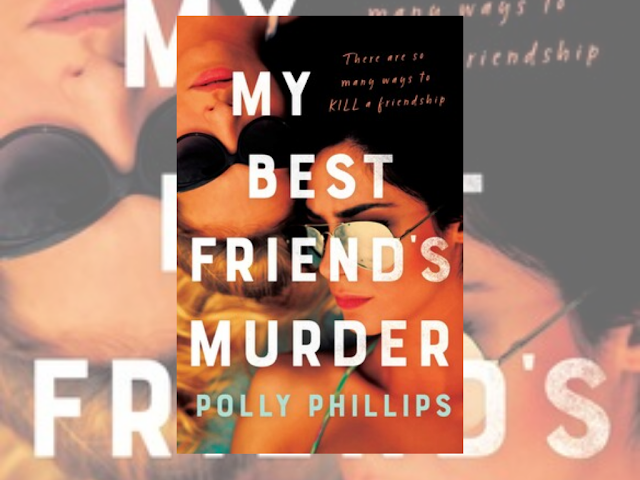 There have been a number of big commercial thrillers which explore the dangers that hide inside ordinary homes and behind seemingly innocent faces, but none have been quite so relatable to me as the debut novel by Perth-based writer, Polly Phillips. My Best Friend’s Murder follows aspiring journalist Bec, who finds herself in her thirties, unmarried and still working as an assistant. Her drinking habits are sliding towards unhealthy, and to make matters worse, she’s best friends with Izzy Waverly, who always gets everything she wants. When the two women are compared side by side, Bec knows that she’s the one who doesn’t measure up. But as the book opens, things might be looking up for Bec, whose boyfriend Ed has just popped the big question. The first thing she does? Head to Izzy’s to tell her oldest and closest friend the news.

Predominately set over Christmas and New Years’, My Best Friend’s Murder explores the ins and outs of a toxic friendship, and it does it well. Bec is a relatable character who doesn’t fall too far into victim territory, and the manipulative behaviour of Izzy is just subtle enough to be believed, though there is enough detail to round her out. So often in books, when a character is meant to become a villain after being a friend, it is hard to understand why the protagonist ever fell under their spell, but this isn’t the case with Izzy. In fact, I am sure there will be many readers who have had an Izzy in their lives, and can relate to the horrible feeling Bec describes of being desperate for her friend’s approval. Phillips uses a series of events in which Izzy and Bec are played off one another to slowly build tension until the reader may even want to murder Izzy themselves. But did someone actually murder Izzy? And if so, who? You’ll have to read the book to find out.

This is a fast paced, exciting, and emotionally rich book which takes the domestic noir genre and plays with it. It will hook you from the first chapter. Read it if you liked Big Little Lies or The Girl on the Train.