In an effort to de-clutter my life, I'm making a commitment to read more of the books on my TBR pile, and each month, I'm going to update this blog with my progress in the form of a reading round-up.  A bit of background: I'm a bookseller, so reading a lot is part of my job.  A large number of new books is published every month in Australia, and while it would be totally unreasonable to expect me to read ALL of them, my customers do expect me to be fairly familiar with the wares I'm peddling.  As I've discovered I just can't read a few chapters and give up (I like to know what happens), this means I read on average 2- 3 books a week!

Here are the books I read in January, and a few thoughts I wanted to share on each. 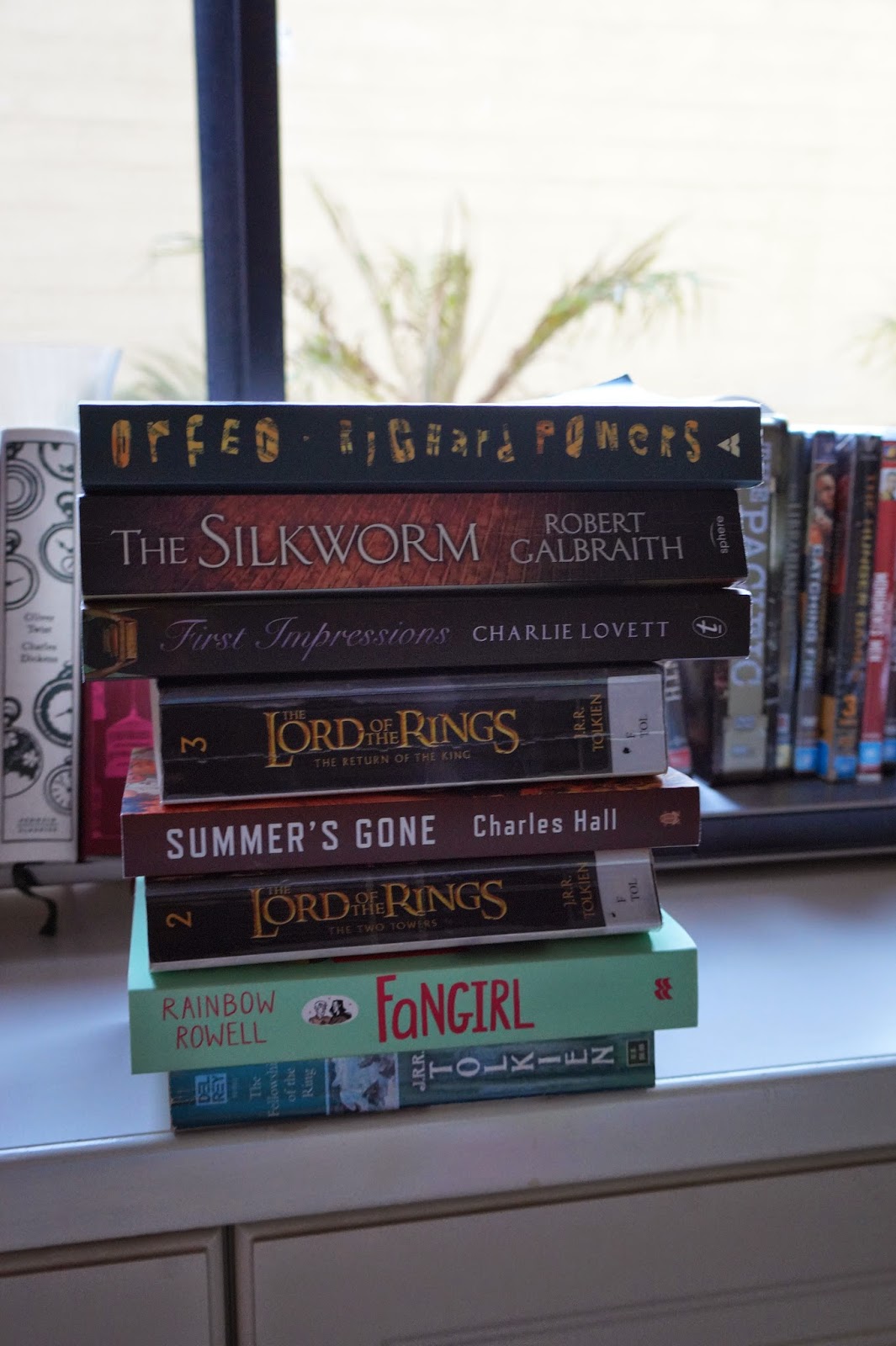 The Lord of the Rings (Trilogy) by JRR Tolkein

Can you believe I have never read the Lord of the Rings before???  I have seen the films, although I barely remember them, as in an act of protest, I  attempted to sleep through them all when my friend tried to make me watch them.  This year, a close friend and I were discussing how we'd never read the books, and decided to read them together.  I was surprised by how much I enjoyed them!  In particular, I liked the language use.  It was reminiscent of old fashioned storytelling, and I cried at the end of the books, which hardly ever happens to me.

Great fun!  This book is perfect for teens or adults.  It's about twins, Cather and Wren, who go to University and begin to drift apart due to their changing interests and social circles.  Cather, the protagonist, writes fanfiction and has a massive online following, but she uses her fictional world to hide from the things in the real world that worry her.  Issues of gender and sexuality are dealt with in a way that is accessible to teens as young as fourteen, but the story is sophisticated and will not bore an adult audience.  Rainbow Rowell is a talented writer and it shows.

You can read my review here

The Silkworm by Robert Galbraith

Robert Galbraith, AKA JK Rowling is fast becoming one of my favourite writers.  The Cormoran Strike mysteries infiltrate whole new worlds for the crime writing scene, including the inner circles of the publishing world.  While in some reviews, this book has been described as viewing writers and publishers cynically, but to some extent, the dark underworld uncovered by the investigation is no  less gritty than any other crime plot might be.  It's simply because it's a writer writing about writers that we believe we are being given some sort of insider knowledge.  The mystery itself is complex but not unsolvable, and definitely believable, and what impresses me most is the harmony and control displayed in the subplots involving Robin and Strike's working relationship.

I'm still making my mind up on this one.  The composition of the novel was brilliant, and Powers's wordplay is stunning, but at times the memory based plot was a little confusing.  I disliked that there were no chapters, until toward the end I realised what the little bold quotes actually were, and their significance to the text.  The novel was a long love letter to music, but it was also an expose on the escalation of our reaction to terrorism and the media circus's role in creating fear.  Peter Els is a sympathetic character, despite the whole nation baying for his blood, and that is a remarkable feat in this day and age!