March is always my favourite month of the year, because it is my birth month!  In our family, it's also the birth month of a great number of my family members, including two cousins, an uncle, an aunt, and my Grandpa who turned 80 this year and is still the sharpest mind I have the ongoing pleasure of speaking to. 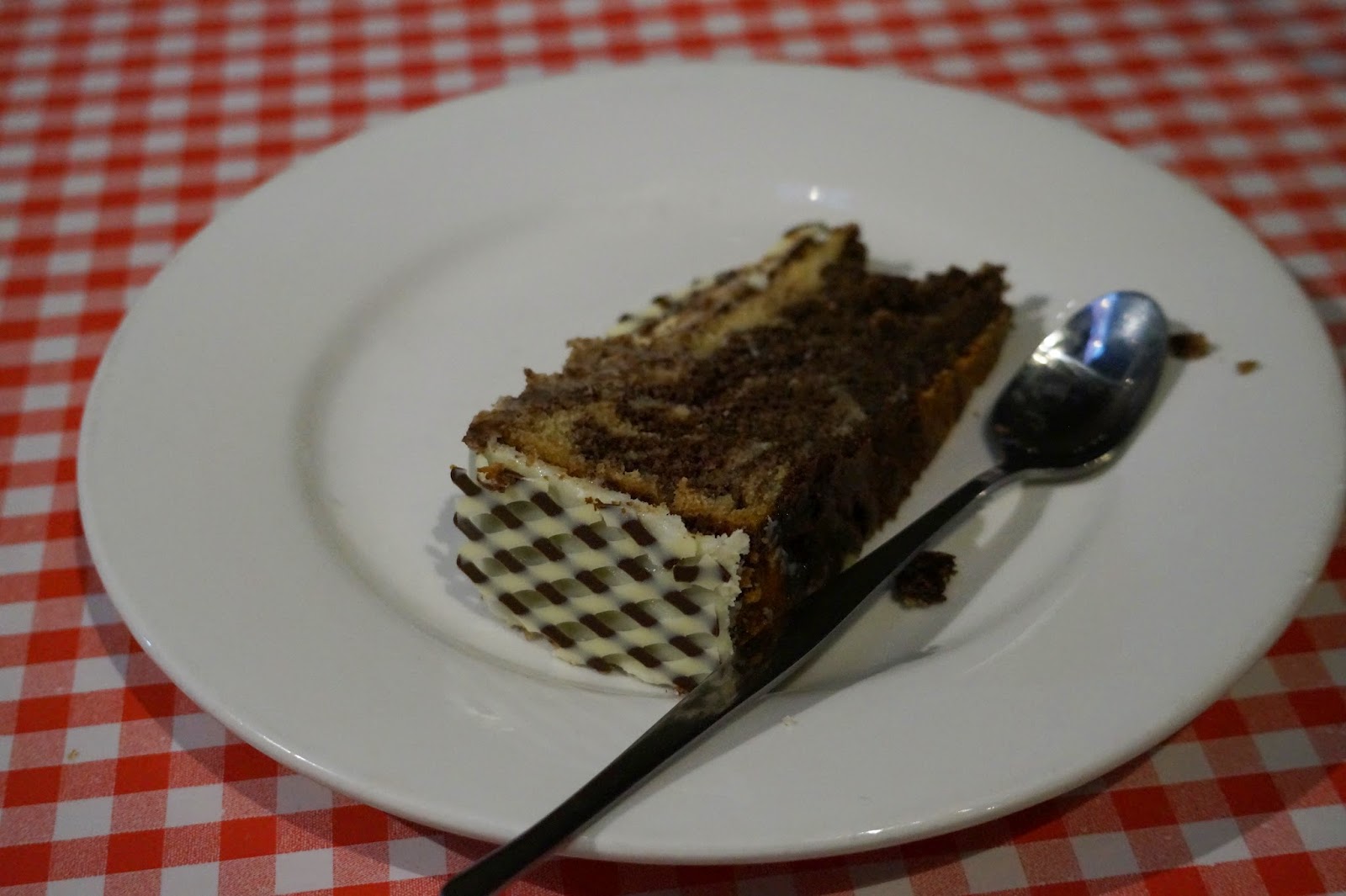 It was a month of highs and lows, of starting University (I am doing a graduate diploma as an external student, in order to become an editor), and of sending query letters to agents.  It was also the month in which one of my dear writing partners, Louise Allan, came within inches of winning the TAG Hungerford award.  I will let Louise tell you about the night in her own words, with a just few from me; Louise is a talented writer and her manuscript shows that she has the ability to elicit remarkable control over characters going through a range of high emotions and trauma.  Her book, Ida's Children, will not stay unpublished for long.

The winner of this year's TAG Hungerford award was Madelaine Dickie, for her book Troppo, a novel which explores the relationship between Australia and Indonesia.  As Madelaine gave her acceptance speech on the night, I was struck by two things.  First of all, her confidence.  Here was a woman unapologetic for her achievements.  She knew she had worked hard to get where she was.  Second, her gratitude.  She knew she had not been able to work that hard without the support of various programs, and of her partner.  I look forward to reading her book when it is published in 2016. and I hope that I can cultivate these two qualities that she exhibited on the night.  I will start now, with gratitude, and say that I am so thankful to WritingWA, the West Australian, Fremantle Press, and especially to the City of Fremantle and Mayor Brad Pettitt for their support of this award, and their support of writing and the arts in Western Australia.

Now, onto some books!

With so much going on this month, it's little wonder that I didn't make it to my monthly goal of ten books.  At the beginning of the month, it looked like I would barely make it to four!  In the end, however, I have read a respectable eight books in March, and here they are. 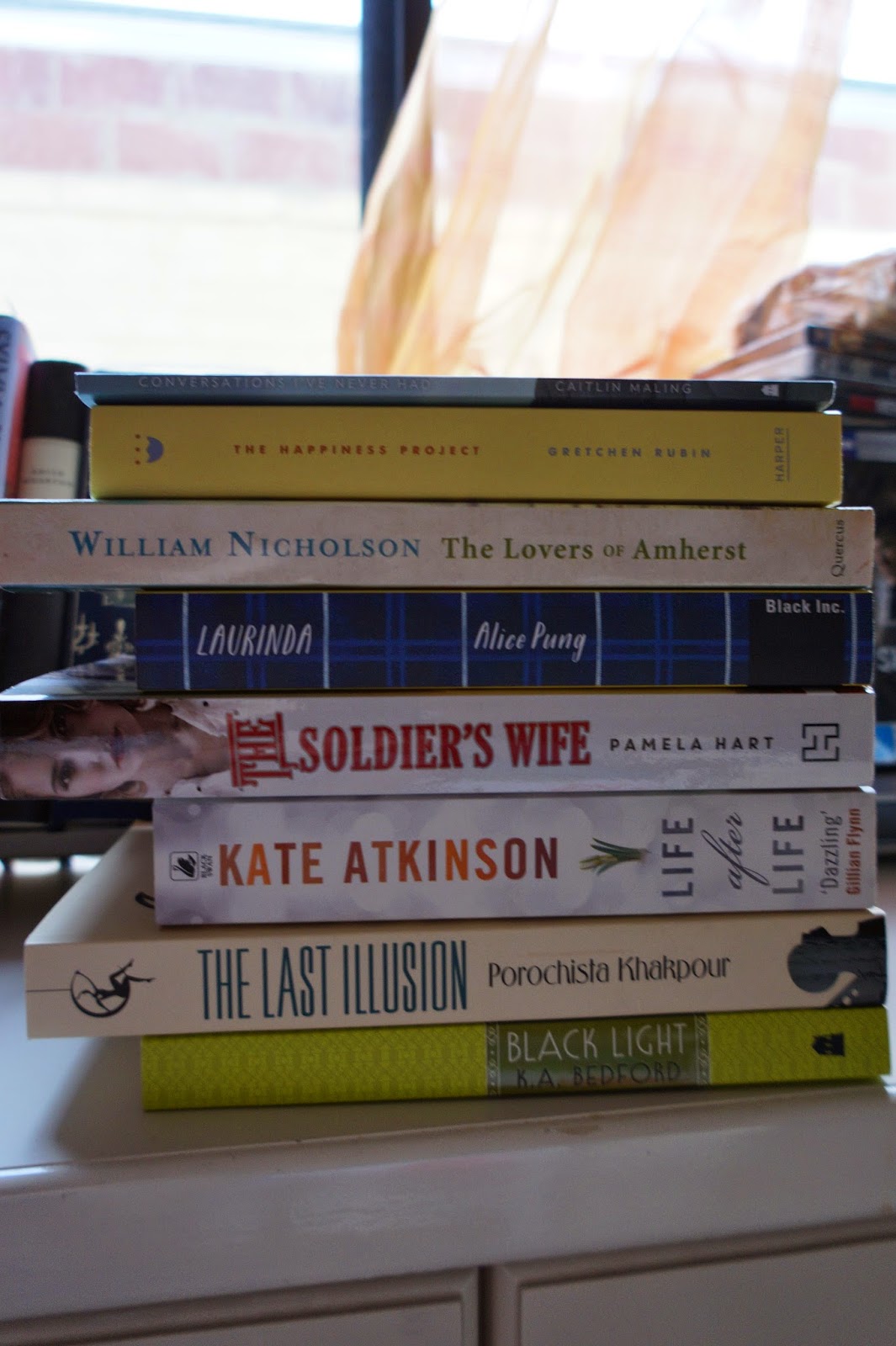 My first foray into the world of speculative fiction for the year, and boy was it a foray.  You can read my review here.

The Last Illusion by Porochista Khakpour

Khakpour was one of the highlights of my 2015 Perth Writers' Festival experience, and her book about Iranian mythology and the mythologising of 9/11 knocked my socks off.  You can read my review here.

Life After Life by Kate Atkinson

How can I have been so late to the party?  Every person and their dog raved about this book when it first came out in 2012 and it was shortlisted for all sorts of awards but I just never got around to it.  This story blends literary historical fiction with a speculative element (that of alternate lives) in a way that questions the causality of major events through the twentieth century.  Yet it is not your typical 'let's kill Hitler' novel, but a family saga, and the story of a woman, Ursula, as she makes her way in the world.  Themes of womanhood and her 'submissiveness' are explored, as well as domestic violence, infidelity, motherhood and in short, I inhaled this book.

The Soldier's Wife by Pamela Hart

A forthcoming novel about a young woman who is left behind when her new husband enlists and goes off to fight in World War One.  Ruby must subvert expectations and excel in her new job in order to survive, but doing this may change her irreparably.  I have a review to be published later in the month, closer to the release date, but I think this book will make a great Mother's Day gift.

What can I say about this book?  First of all, I think it's a real shame that it hasn't made the shortlist for the Stella Prize (but it was longlisted, and that list has some damn fine books on it).  When Lucy is accepted into a prestigious private school, Laurinda Ladies' College, she finds herself completely out of her depth.  This world of big houses, stay at home mothers, plaid uniforms and debate matches against the local boys' school is completely different from Lucy's home in Stanley, where her mother sews clothes in the garage for a living, and Lucy takes care of her baby brother, occasionally ringing the utilities company to impersonate her mum, because her mother doesn't really speak English.  As the outsider, Lucy witnesses the bullying that goes on not just to keep the other students in line, but to control the teachers, and she is particularly horrified by the behaviour of a group called The Cabinet, who are the popular girls at the school.  I loved this book, but it also made me think deeply about high school and some of the things that I have maybe tried a little too hard to forget.  I think it's a really important book, and I have recommended it to all the teacher friends I know.  Amazing, amazing book.

The Lovers of Amherst by William Nicholson (also called Amherst)

A so-so novel about an affair Emily Dickinson's brother had with a socialite, and the modern screenwriter who wants to turn this into a film.  I liked getting a taste of Emily Dickinson's poetry, but the novel gave hardly a glimpse of the woman herself, which was frustrating, and the affair was over before it began, really.  The second narrative, that of Alice and her much older host, Nick, who becomes her lover, was forced and a little cliche. Nicholson's strength was his dialogue, and I am given to understand that he is an award winning screenwriter who has worked on such films as Les Miserables.  This book just didn't grab me.

The Happiness Project by Gretchen Rubin

There's not much I can really say about this book, except that I feel it has given me a slightly new perspective.  Yes, it is a self help book/ memoir, but it's not a comprehensive guide on how to be happy.  Instead, it's about increasing your ability to enjoy happiness, and focussing on mindfully going about your every day tasks.  It's also about goal setting, which I really enjoy.  Some of it was annoying, especially as the book went on she began to publish more and more examples from comments left on her blog (this felt like she didn't have enough content from her own life) and some was culturally too different to my own life for me to understand, but I think I learned some things.

I think the best way to experience Caitlin Maling's poetry is to read it aloud.  I heard her read some of the pieces at the Perth Writers' Festival and they were superb.  These poems are about places I've been, or people I've known, or the person I could have been, growing up in this country, and I really enjoyed it, but I think I am going to have to teach myself to read poetry, because sitting down and reading one poem after the other kind of diluted the impact.


That's it for this month!  Tell me if you've read any of these in the comments.  I look forward to hearing from you.