April has felt like an entire year in itself.

A lot of things are happening.  The bookstore where I work announced that it would be closing after being open for something like twenty-two years; I continued to slug away at my university course; I did two events to support the publication of Natasha Lester's new book A Kiss From Mr Fitzgerald (selling books at the launch and an interview at FAWWA); and I worked on my book.

The book that I am working on is about Alan Turing, but it's also about a contemporary character who is a student of history writing letters to Turing after some pretty terrible things have happened to her.  I've been really enjoying writing it, and lately I have been inspiring myself by listening to the soundtrack from The Imitation Game.  My thoughts on that film are strongly mixed, but the soundtrack is exquisite and it makes for a good writing atmosphere.

I've been trying to work on that a little bit every night, and right now I am wrestling with writing a chapter outline, because I think I might like to submit this project for this year's Richell Prize... 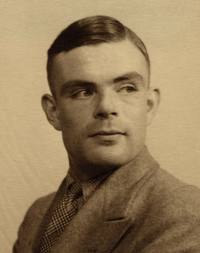 All that being said, I didn't read as much as usual last month.  There's no video this month because April is already receding in the rear view mirror, but hopefully I will be more organised in late May and do a podcast (audio only and SHORTER) for the books I read this month.

What I did read:

Career of Evil by Robert Galbraith

I really like JK Rowling/ Robert Galbraith's Cormoran Strike series, though I suspect that they are crime novels for people who are not fans of crime.  This book wasn't an exception to that, but I did find myself critiquing the writing style a little.  I was frustrated by the way the point of view would hop from person to person sometimes several times over the course of a few paragraphs, and there were a lot of different threads to follow in this case, so perhaps this was why I didn't feel like I was solving the mystery along with Robin and Cormoran.  Also, can I just say, as someone who watches both Bones and Castle, long running series ALWAYS get cheesy once the detective and the offsider fall in love.

I had only heard good things about this book, but I never expected it to be as sexy as it was!  Summer Skin was great fun to read, and it had its priorities in the right places a lot of the time, so I would be very happy to recommend this to mature YA readers.  (16+)  I reviewed it here.

A Moveable Feast by Ernest Hemingway

My first Hemingway!  I decided to read this book as research for a short story I will be turning in at the end of this semester, about a young writer who goes to Paris hoping for a writer's Utopia.  I wasn't sure I was going to be a Hemingway fan, but let's be honest, the closest I'd ever come to experiencing Hemingway was in a Woody Allen film, so I was by no means prepared.  I love Hemingway's sense of voice and style, and there were several passages I wanted to copy out because of the clarity and truth of them.  I have a bit of a laugh at Hemingway in my story through one of the characters, but I swear I'm really just making fun of a certain type of writer who idolises Hemingway.  I swear.

Carry On by Rainbow Rowell

This book was a Christmas gift (thanks Grandma and Grandpa!) and combines two things I love very much; the humorous writing of Rainbow Rowell and Harry Potter.  While no one ever actually comes out and says that Simon Snow is based on Harry Potter, it is a novel which is taking a lot of the elements of Harry and books like it and riffing on some of the tropes to do with being a 'chosen one'.  Simon Snow is quite possibly the worst chosen one ever so every time he tries to save the world he causes problems.  His room-mate Baz is an evil vampire, but also secretly in love with him.  The whole thing is cute and good fun, and made for a great read for after a long, stressful day.

The Midnight Watch by David Dyer


I was thinking about this book again last night-- I realised that almost without fail, the kinds of historical novels that really connect with me are about forgotten women of history, or insert the voices of women into traditionally male stories.  The cast of The Midnight Watch is overwhelmingly male, and the only strong female voice (the protagonist's daughter) could have been made into a suffragette plotline of her own if the writer had had infinite pages.  But all in all, it was an incredible read, and I think David Dyer is to be congratulated.  I reviewed this novel of the Titanic  here.

This book was published the year that I was born!  There were parts of it that I really enjoyed, but I don't understand why people tend to rave about it so much.  I felt a little like I was attending a very boring lecture at time, and it didn't follow any sort of logical plot structure at all.  It also took FOREVER for me to read, so that's how I know I wasn't really all that into it...

So that was my bookshelf activity this month!  Right now I am currently reading The World According to Garp for my bookclub, but to find out what I think you'll just have to come back next month!

What are you reading?  Have you read any of these books?  Can you recommend me anything excellent?  It all goes in the comments below.