Last December, I posted this piece about the books coming out in the first half of 2017 I was excited to get my hands on.  But like so many bookworms, I have a habit of never getting around to reading all of the things I want to read-- or, even worse, buying them, and letting them pile up and never reading them.  In an effort to keep myself accountable, I thought I'd check in and see how many of the books I wanted to read I had actually read!

I've removed a few that aren't out yet or have only just been released.

The Fifth Letter by Nicola Moriarty

Did I love it? Yes!  I enjoyed this book so much more than the latest book by that other famous Moriarty and I would definitely put another book by Nicola Moriarty on my most anticipated books list again.

Lincoln in the Bardo by George Saunders

A little taster from the blurb on Goodreads... On February 22, 1862, two days after his death, Willie Lincoln was laid to rest in a marble crypt in a Georgetown cemetery. That very night, shattered by grief, Abraham Lincoln arrives at the cemetery under cover of darkness and visits the crypt, alone, to spend time with his son’s body.


The Possessions by Sara Flannery Murphy

Did I love it? The Possessions is already a strong contender for one of my top books of the year. It was dark and delicious with this intelligent, Margaret Atwood style writing and I want more.

The Roanoke Girls by Amy Engel

From the Goodreads blurb: After her mother's suicide, fifteen year-old Lane Roanoke came to live with her grandparents and fireball cousin, Allegra, on their vast estate in rural Kansas. Lane knew little of her mother's mysterious family, but she quickly embraced life as one of the rich and beautiful Roanoke girls. But when she discovered the dark truth at the heart of the family, she ran fast and far away.Eleven years later, Lane is adrift in Los Angeles when her grandfather calls to tell her Allegra has gone missing. 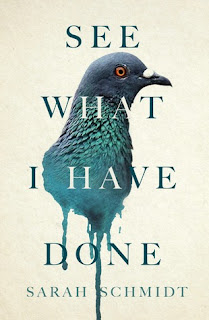 See What I Have Done by Sarah Schmidt

Have I read it?  It one of the books on my TBR pile next to my bed.  I still can't believe I didn't read this months ago when I first got the proof copy.

Read more on Sarah Schmidt's blog if you dare!

Have I read it? Technically yes, but I didn't finish it.

Did I love it? No.  I was a bit disappointed in this book. 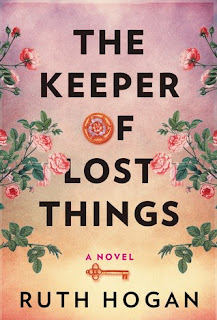 The Keeper of Lost Things by Ruth Hogan

Have I read it? No

Am I still going to? Probably not!  This was a case of cover lust for me and I have to be realistic--- there are only so many books I can read a year.

You Too Can Have a Body Like Mine by Alexandra Kleeman

Have I read it? No
Am I still going to?  Again, probably not. 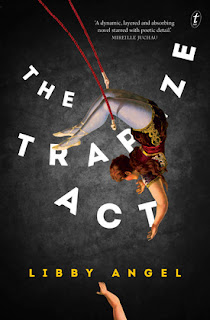 Have I read it? No, but I own it and I plan on getting to it soon.

This novel is about a young woman whose mother was a world-famous circus performer, worked out on her lout of a husband while on tour in Australia, and tried to settle down in Adelaide...  sounds great, right?  Hurry up January so I can find out!

Have I read it? Yes, I finished it last week and I can't believe I read this in Primary School.  There's no way I would have understood all the references to drugs and clinics and prostitution back then.  Still an excellent book.  I am now pondering whether I want to read all of the Melling Sisters books. 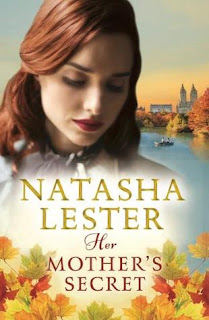 Her Mother's Secret by Natasha Lester

Have I read it yet?  Yes

Did I love it?  I love all of Natasha's books and always enjoy escaping into them.

Armistice Day should bring peace into Leonora's life. Rather than secretly making cosmetics in her father's chemist shop to sell to army nurses such as Joan, her adventurous Australian friend, Leo hopes to now display her wares openly. Instead, Spanish flu arrives in the village, claiming her father's life. Determined to start over, she boards a ship to New York City. On the way she meets debonair department store heir Everett Forsyth . . . (Goodreads)

Have I read it? Just finished it recently.
Did I love it?  It was pretty delightful and made a great weekend read.  My favourite Burrows is still definitely Taking a Chance though.

From Goodreads: As death and destruction fall from the skies day after day in the London Blitz, Australian ambulance driver, Lily Brennan, confronts the horror with bravery, intelligence, common sense and humour.

Have I read it yet? No!  And I have had it since before Christmas.  Shameful.

In 1903, the artist Gwendolen Mary John travels from London to France with her companion Dorelia. Surviving on their wits and Gwen’s raw talent, the young women walk from Calais to Paris. In the new century, the world is full of promise: it is time for Gwen to step out from the shadow of her overbearing brother Augustus and seek out the great painter and sculptor Auguste Rodin. It is time to be brave and visible, to love and be loved – and time perhaps to become a hero as the stain of anti-Semitism spreads across Europe.

The Hope Fault by Tracy Farr

Iris’s family – her ex-husband with his new wife and baby; her son, and her best friend’s daughter – gather to pack up their holiday house. They are there for one last time, one last weekend, and one last party – but in the course of this weekend, their connections will be affirmed, and their frailties and secrets revealed – to the reader at least, if not to each other. The Hope Fault is a novel about extended family: about steps and exes and fairy godmothers; about parents and partners who are missing, and the people who replace them. (Goodreads) 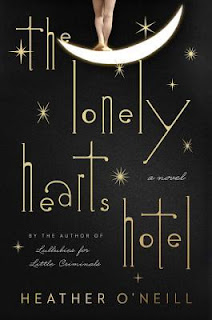 Have I read it yet? No, but I just got it for my birthday last week.

Goodreads says: Two babies are abandoned in a Montreal orphanage in the winter of 1910. Before long, their talents emerge: Pierrot is a piano prodigy; Rose lights up even the dreariest room with her dancing and comedy. As they travel around the city performing clown routines, the children fall in love with each other and dream up a plan for the most extraordinary and seductive circus show the world has ever seen.

The Woolgrower's Companion by Joy Rhoades

Have I read it yet? No, but I think this will be one I get out of the library at some point.  It is definitely a subject I am interested in but I have been drawn to other sorts of books recently.

From Goodreads: Kate Dowd’s mother raised her to be a lady but she must put away her white gloves and pearls to help save her family’s sheep farm in New South Wales.
It is 1945, the war drags bitterly on and it feels like the rains will never come again. All the local, able-bodied young men, including the husband Kate barely knows, have enlisted and Kate’s father is struggling with his debts and his wounds from the Great War. He borrows recklessly from the bank and enlists two Italian prisoners of war to live and work on the station.With their own scars and their defiance, the POWs Luca and Vittorio offer an apparent threat to Kate and Daisy, the family’s young Aboriginal maid. But danger comes from surprising corners and Kate finds herself more drawn to Luca than afraid of him.Scorned bank managers, snobbish neighbours and distant husbands expect Kate to fail and give up her home but over the course of a dry, desperate year she finds within herself reserves of strength and rebellion that she could never have expected.The Woolgrower’s Companion is the gripping story of one woman’s fight to save her home and a passionate tribute to Australia’s landscape and its people.


Before You Forget by Julia Lawrinson

Have I read it yet? No, which is ridiculous because it won't take me long and I know I am going to love it.

I have lost count of how many times I have read Skating the Edge.  A new YA book by Julia Lawrinson is always a must-have for me as her words spoke to me when I was a teen and continue to do so now that I am a grown-up (hey, the numbers say so even if the behaviour doesn't!).  Here's what Goodreads has to say:  Year Twelve is not off to a good start for Amelia. Art is her world, but her art teacher hates everything she does; her best friend has stopped talking to her; her mother and father may as well be living in separate houses; and her father is slowly forgetting everything. Even Amelia.

Hmmm time to get reading I think!

Have you read any of these?  Let me know what you thought in the comments.
Labels: book haul most anticipated reading