How My Writing Process Has Changed Over Time (Part One)

Writing a second novel is a little bit like learning to write all over again.

I'm in that frustrated space right now, where my enthusiasm for the idea exceeds my knowledge of the topics and time periods I want to write about, and my brain is thinking of scenes and new characters faster than I can work out where they need to go.  I keep thinking to myself 'I don't know how to do this anymore.  I don't remember how I did it the first time.'  They say much of writing is an act of faith that things will come together in the end, and I am certainly putting that to the test now. 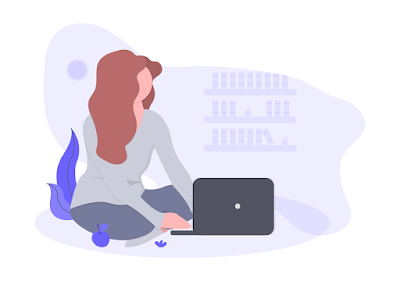 When I began writing Between the Sleepers, I was still in high school, though only just.  I'd written 'novels' before.  Not to go into too much embarrassing detail, but I'd written one novella length YA story called "Quoting Shakespeare" which I printed off and put into a folder and felt very proud of, and one urban fantasy 'novel' (probably about 50 000 words) called "Invisible Girl" which I actually had the gall to send off to a local publisher in the hopes that they would publish it.  I've always liked having a project.  It's the same with reading books.  When you finish one, you need to move straight on to the next one.  Not being in the middle of a book, or not being currently immersed in a project feels to me like that dream where you turn up at school and realise that you've forgotten pants.  It's incomplete.

The idea for BTS came from an album.  It was an album by a small independent band I'd discovered through (of all places) MySpace, whose music I had needed to track down when my family took a trip to Japan because it wasn't available in Australia.  When I listened to that CD, I heard a story.  It was like each song on that album was a chapter, and I wrote down the 'synopsis' of that story and that was my first plan.  It was a plan I quickly deviated from.  I wrote without really knowing where my story was taking me, knowing only that I needed to go with these characters I had dreamt up.  And I knew where the story was going to end, roughly.  (As a side note, that ending stayed the ending until the most recent draft, when my clever mentor dared me to try out a different ending just to see what it was like.  Of course, her way was better.)

So I wrote the first draft.  I remember coming home from school and doing my homework and then sitting at my desk, which was in the corner of my room squished in next to my bed.  I had a clip on lamp that attached to the bookshelves above me and it cast this warm yellow light over my workspace.  I still associate that sort of light with working until I get too tired to keep my head up.  I wrote that draft, and then I finished it and I printed it off and I gave it to some people to read.  Those people-- my mum and my grandparents-- gave me feedback.  I think I probably cried to hear that I hadn't written a bestseller in one go without really knowing what I was doing.  It wouldn't have been the last time I cried over book feedback.  But even if at the time I thought to myself 'I can't do this, I need to start thinking about a real job,' inevitably I ended up back at that desk.

I am going to skip over the parts where I put my work aside for months at a time to let it breathe, but between each finished draft, there were times where I worked on other projects like the currently sidelined Alan Turing project, or my recently rediscovered (and not half bad) Nanowrimo novel 'The River.'  I also wrote a lot of short stories.

I like to use a method of editing that I have heard Anthony Marra call re-typing.  I print out the manuscript and I open a fresh Word document.  I type out the story to myself as I read as if I am reading it for the first time, fixing, changing and deleting things as I go.  I think with BTS, I may have done this process ten times.  Each time I finished a draft, I went to someone I trusted for feedback.  At one point, I was working at a job that required me to leave the house extremely early to beat traffic and get to the other side of town.  During that time, I hand wrote parts of the novel out to myself and I would type those sections up when I got home.  I got feedback from bosses, family members, friends-- and then I found a writing group.

The first time my writing group read my novel, they didn't get it.  On the night it was my turn to hear feedback, I sat at that table in the cafe listening to them raise questions about my character's motivation and I felt personally attacked, even though they were given their feedback as gently as they could and being constructive.  But I'd never been in a good critiquing group before.  Any writing group I had been in previously had been one where I was the person who took the task of writing most seriously.  And when the rest of the group doesn't take things seriously, 'That was good, I really liked it' is the brunt of the feedback you'll get.  Yes, I did go home from writing group and announce that I didn't want to go back, and yes I did lie on my bed in the dark with tears in my eyes, but you know what?  In the morning, I had realised that there was still work to do and I had found people who knew how to help me get it done.  Kristen, Louise and Glen, I will always be grateful to you for being tough but fair!  I can now take fair criticism of my work on the chin... most of the time.

Like most writing groups, ours ran its course.  Work and family schedules changed and it became harder to meet.  Some of us met new people whose writing we clicked with.  Along with my friend Belinda, I began a regular writing group called Write Nights, where the aim became not getting feedback from other writers, but actually making sure I put my bum on a chair and wrote something at least once a fortnight.

Slowly, slowly, the words eked out.

Each time I had finished a draft, I had thought it finished, but the most recent draft was like a severing.  It was like the mental cord that bound me to the story had been cut.  I was satisfied.  I used to think about my characters, wondering what they would have been doing during certain events or how they felt about things, but after this draft, I stopped wondering because I knew that they were okay. 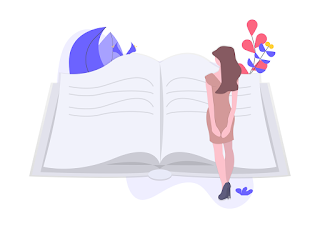 Then there was blankness, where I didn't think of any new ideas.  I began to worry that I would never have a new idea ever again and my journal entries became exercises in futility.

But then, several months ago, a scene came to me.  From that scene, I had my character and my set up.  There were a few 'research obsessions' I had been pursuing.  I suddenly realised that they were for my book, this book, the one I had been working on in the back of my mind without realising.